I mentioned a while back for the Cold Poker Gang kickstarter that I created a set of cards with all the book covers as the backs. Looks way cool. And a few people will be getting signed decks from me from the Kickstarter rewards. (By the way, the surveys have all been sent out. I will be contacting you with workshop stuff later in the week.)

I also got one test deck of cards with the new book only on it. Way cool looking.

I also made a poker chip set with Cold Poker Gang on every chip in gold lettering and my new book cover on the metal case. Very cool. No one took that reward, so my set will be the only one of that type. I don’t mind. (grin)

Well, to keep playing around, I went and took the WMG Publishing logo and ordered a bunch of masks with the logo on the front. Figured we were going to be wearing masks for a time into the future, might as well see what this kind of licensing looks like. I ordered enough to make them fairly cheap and if they look as good as I hoped, we might give some away in a future kickstarter just for fun. Or send them to our authors.

Hmmm, maybe I should get some Pulphouse Magazine masks done and send them to our authors. That might be fun. We shall see.

And again, all of this is just me playing around.

The Licensing Transition Class is going to go on for another year until after the Licensing Expo next May, as I announced in the class. I have not posted anything in that class lately because, to be honest, no one is really sure how the licensing is going to come out the other side of all this. I know Kris has some different deals working at the moment, so things are still moving. But the overall world of licensing will have some changes and those should start to become clear this fall and winter. So if you are in that, hang tight. At least a year to go.

The Decade Ahead Class will also go on for another year, at least. I just did a Pop-Up I will add into the second quarter, but mostly the publishing world right now is going to be so different in so many ways coming out the other side of this pandemic. So the best thing any writer can do right now is be indie, write like crazy, put everything out there for sale, and repeat. The dust will settle eventually. Just not sure how yet.

July 1st is only two days away. Stay tuned here for a surprise.

Here is the deck of cards all laid out. I showed this once before, but so much fun. A few backers in a few rewards will get a signed deck, as I said. 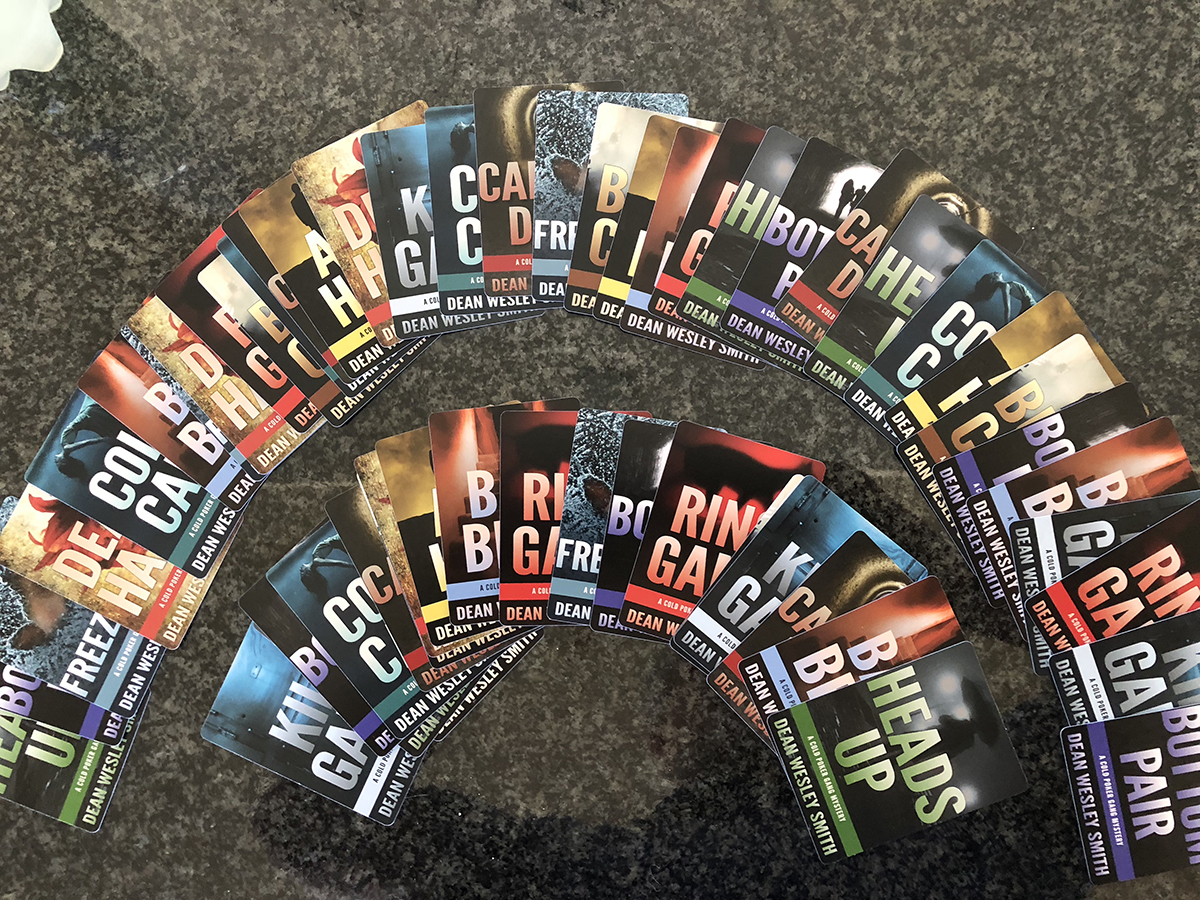