Now Up On Teachable…

Kris has been writing on Fey novels solidly since she got everything cleaned up and going after the first Fey Kickstarter campaign ended. But it took her a while to record the ten videos of the Lessons from the Writing of the Fey, because, to be honest, she wanted a few books under her fingers before she looked back again. The book got out a number of months back and now tonight, on Teachable, I have posted the videos.

I know this has been a while since we mostly cleared up that first Fey Kickstarter campaign, but it has been great because, as Kris’s first reader, I have had the pleasure to read two new Fey novels and she tells me she is almost done with a third. They are amazing. And the Fey are just as bad and fun as the first seven books. That first Kickstarter campaign really, really helped her, and for that, we both thank all of you who supported it.

And even more fun, coming on the 6th of September we will launch a brand new Kickstarter campaign for the first new novel in the Fey series in 22 years. I will post here when it launches. But thought you might like a look at the new cover art below. We will be redoing all of the first seven books, plus the new novel.

And those of you who did not get LESSONS FROM THE WRITING OF THE FEY in that first Kickstarter campaign, you can get it on WMG Teachable now. It’s on the first page with a great picture of Kris as the cover image.

And what stuns me more than anything is the ten series interviews (4 or 5 videos per series) I did with Kris that are major learning for writers about series and writing in general have not been really touched. I think one person besides the folks who got it in the Series Kickstarter we did has even signed up for it. Stuns me because I think that is one of the best things we have done. And I think this LESSONS FROM THE WRITING OF THE FEY is pretty darned amazing as well.

Anyhow, here is the new cover look for the Fey novels… New Kickstarter on the 6th. 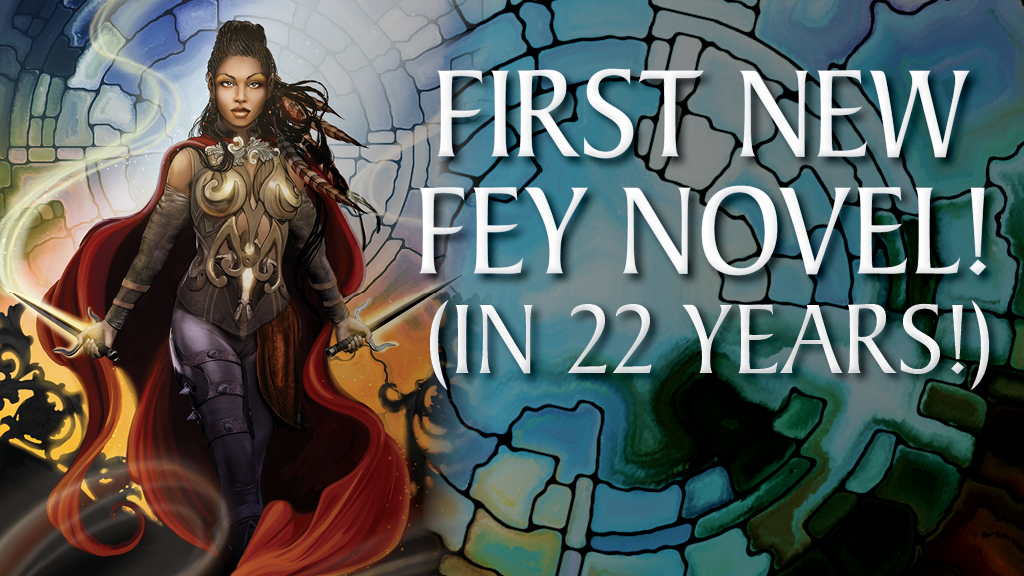