More On The Diving Kickstarter

I said this before. There are not one, but two new Diving novels for this one campaign. For those of you who are fans of the Diving Universe, Kris finally returned to Boss and the boneyard in a novel called THIEVES.

And it has some surprises that will just keep you twisting.

And it is a Boss book. 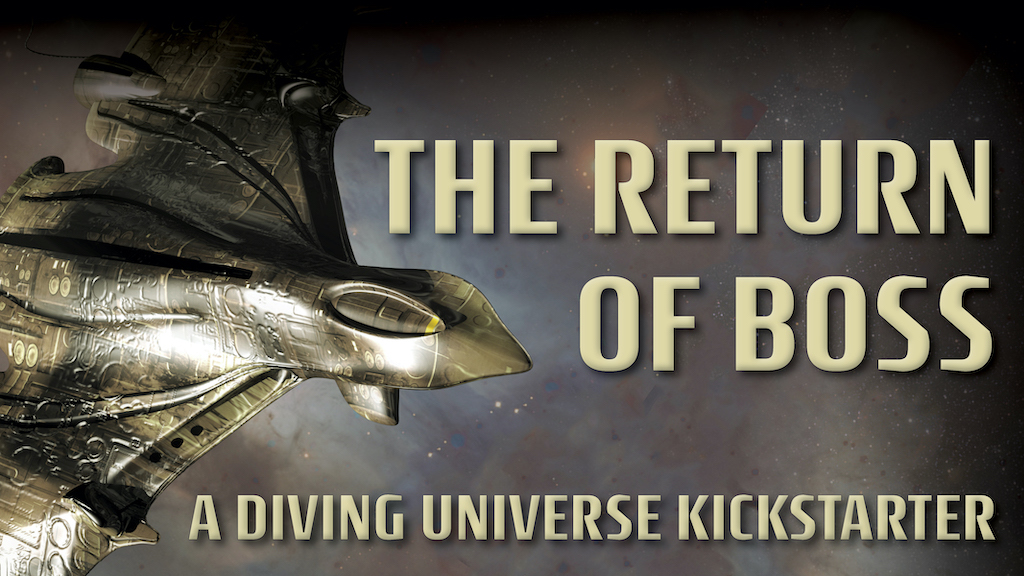 And then Kris, in one of her moments of wanting to explain something to herself, wrote another novel that is set at the same time as the novel BONEYARDS and this one is called SQUISHY’S TEAMS.

So two brand new Diving novels you can get early, way before publication dates, through the Kickstarter Campaign called THE RETURN OF BOSS.

And Kris and I really had fun in this one on the teaching side. We are going to do a special HOW TO WRITE SPACE OPERA workshop that you can take in September or October. Three weeks long and only available through this Kickstarter. Not in any subscription and never will be. And boy have we written a lot of space opera over the years. (grin)

Of course, there are a lot of extra reading as well, as we normally do in these campaigns.

Anyone who is a backer of any reward at $5.00 and above gets an electronic copy of the new Boss Diving novel THIEVES.

And if you have never read anything in the Diving Universe, Kris is giving away in this campaign a free copy of the novella that started it all, the award-winning “Diving into the Wreck.” There will be a link in the campaign to get it for free.

Tomorrow or the next day I will be adding in a reward to get both THIEVES and SQUISHY’S TEAMS in hardback (forgot the first time) and a reward to get all 15 of the Diving novellas. These will both be rewards as well as add-ons.

So go to The Return of Boss and take a look.

And watch the nifty video explaining it all that Kris did. Help us as we head to the third stretch goal that has a nifty book and a new Pop-Up class for writers.