The picture below was taken by the great fantasy writer Nina Kiriki Hoffman on Christmas Eve, 1988. Professional writers used to gather in Eugene, OR on Christmas Eve every year and it was a wonderful tradition for a good decade. The tradition started in 1986 and we would start off at my place (and later Kris and my place just outside of town) where I would cook a turkey dinner for everyone. Then we would all drive over to Jerry and Cathy Oltion’s apartment (or later house) to open dollar gifts, then we would drive to Nina’s place to read aloud stories we had written for the evening.

I really treasured those Christmas Eves, and Kris and I even made it the year after we moved to the coast, but had such a bad drive back that night, we never did it again, sadly.

Regulars over the years (while Kris and I were attending) were Nina, Jerry and Cathy, Ray Vukcevich, Kent Patterson (while alive) with Bonnie, Chris and Steve York a couple of times after they moved to Eugene, Keven and Rebecca Anderson (at times), Lori Ann White and after a while Gary Shockley, Debb Cook and then Debb with O’Neil for a year before they moved to New Orleans, Dave Bischoff (and later with Martha), Marina Fitch and Mark Budz for a few years before they moved to California. (I know I am missing someone or a couple of someones. Sorry.)

Some really fun times those ten years. Special times for me and Kris.

At Christmas of 1988, when this picture was taken, Kris and I had been together for two-and-a-half years. I had sold and published my first novel, Kris had sold eight novels pretty much all in 1988, but none were published yet. Pulphouse was about a year old and growing strong and Kris had become basically the cover girl of Locus Magazine. Charlie had her picture on the cover almost every month during those years and even more so when she took over F&SF in 1991. And the next year we would win the World Fantasy Award for Pulphouse and Kris would win the Campbell Award for best new writer. 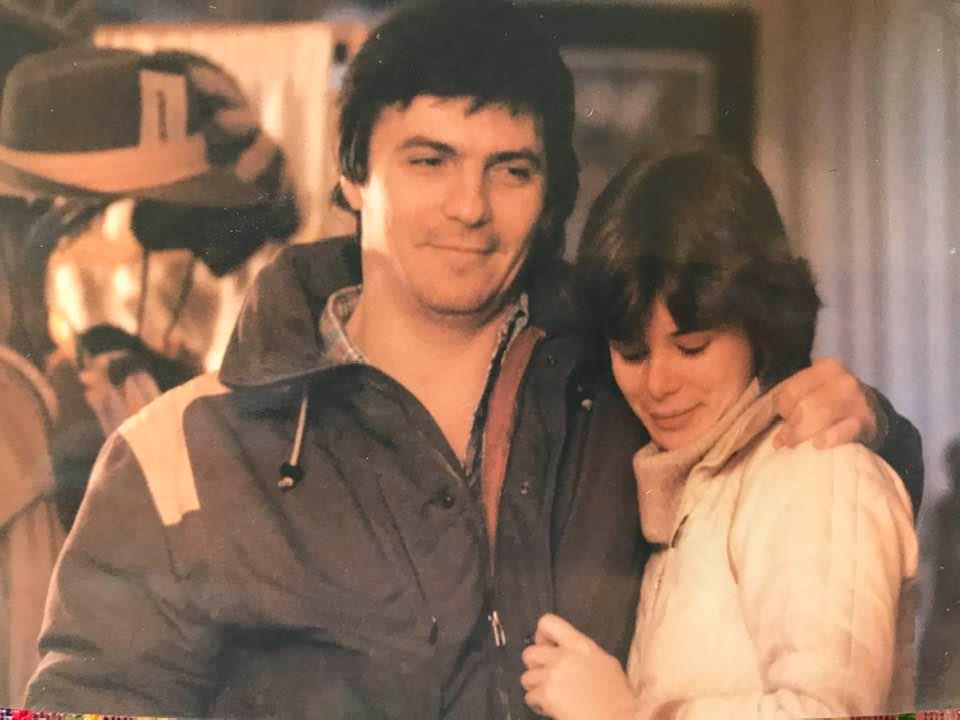