Book Will Be Out April 9th or So

Winners will be announced as normal in a ceremony in Hollywood. And this year I will be there as a presenter, I suppose. First time in a long time.

Take a look at the cover below. See my name on the cover? That’s because I have a story in it, written for that wonderful cover by Bob Eggleton. Yes, I got asked, and I was so happy to do the story.

And since Bob’s cover was such fun, I decided to have fun with the story as well. In fact, the story will be the first published story of one of my new characters, Detective Sky Tate, a superhero detective in my Poker Boy Universe. I have about ten stories featuring her that will be out this year in Smith’s Monthly, but this story in Writers of the Future Volume #35 is her first appearance.

I also had a story in Volume #1 thirty five years ago. I was the very first person to go across the stage at a Writers of the Future ceremony. Now 35 years later I am a judge and I got to write for the book again.

And with this new story I had to hark a little bit back to that first story as well.

So here are two pictures. First, me walking across the WOTF Award Stage, the very first person. On the stage (left to right) was Robert Silverberg, Roger Zelazny, Greg Benford, and Algis Budrys. (We all looked so young.)

The second picture is the cover of the new volume 35 years later.

Wow, that is hard to grasp, I must admit. 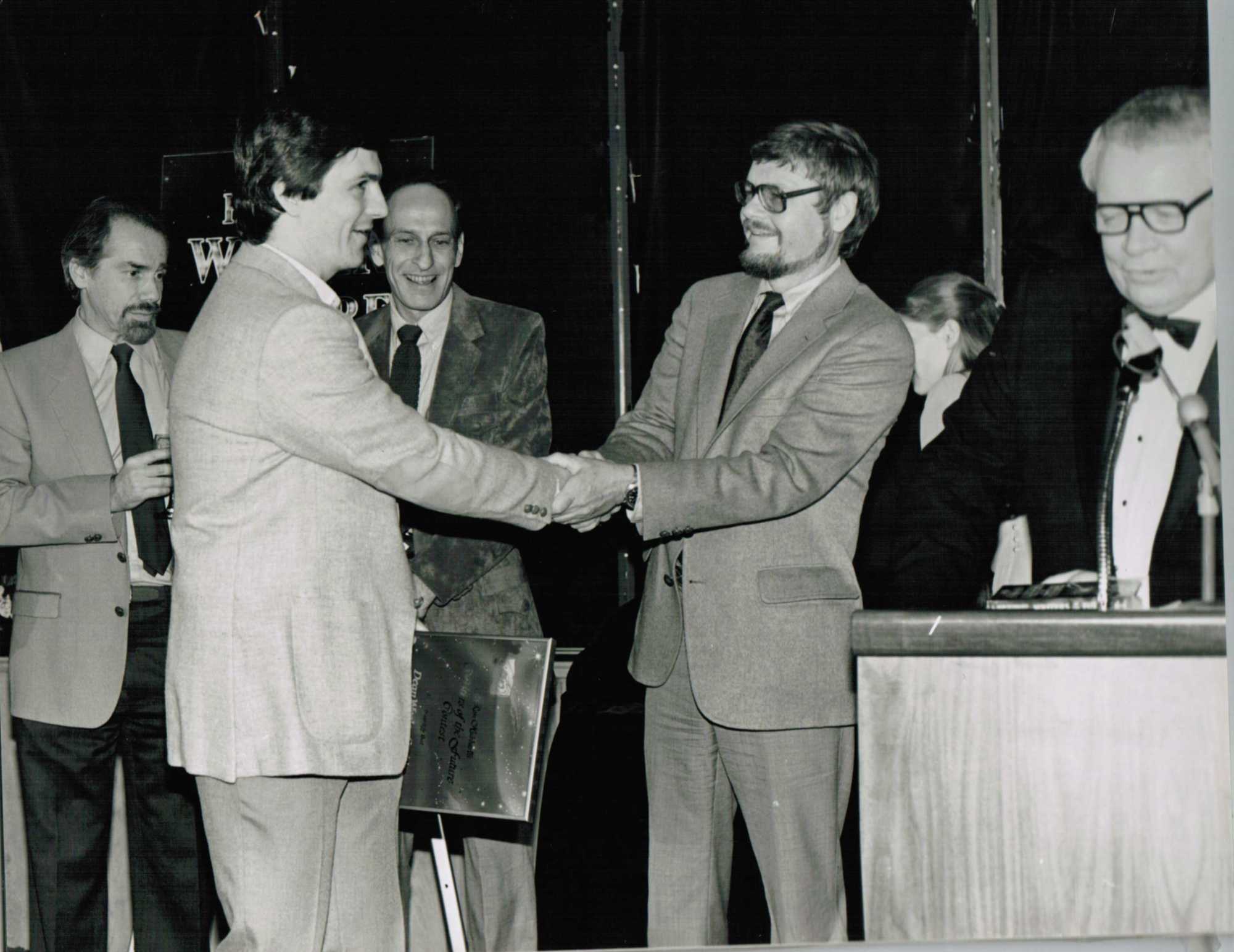 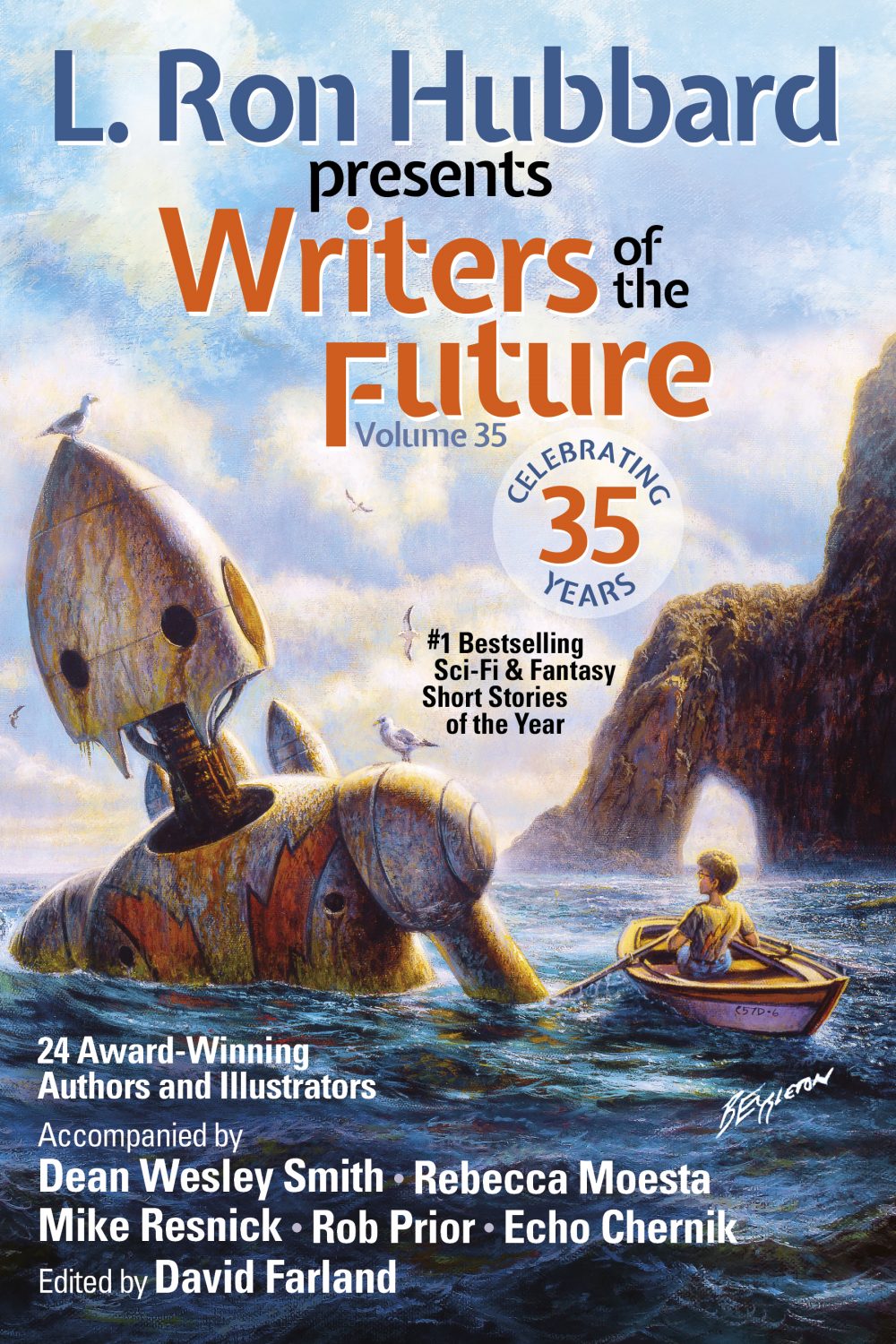