In My 70th Year on the Planet…

Picture of my medal below. And sometime this week the race will post pictures from the run and I will post some here.

As I said, I completed it, but not well. For years I had been working toward a marathon in November when I would turn 70. But all my great planning went out the window like so much other stuff last April with Covid. I did not dare go to a gym to run at my advanced age and the summer here in Vegas was the hottest ever recorded in the history of Las Vegas. Not kidding.

And without good exercise, I could not lose the weight I needed to lose, and couldn’t do the distances until this last month I needed to get to way earlier. (Trying to get that distance was why I tried for five weeks to get up very early every day last summer. Failed totally.)

So when the Revel folks announced this limited edition marathon and Nevada approved it, I signed up. It was supposed to be all downhill. (It wasn’t.)

Only 20 people with masks on the bus spread out over the entire bus a good distance apart and all of us had our temperatures checked before boarding. It felt fine.

My plan was to run the first mile, then run/walk until the 13 mile mark, then mostly walk from there. Goal was to be somewhat under 6 hours. Seemed like a simple plan, right?

I made it about 300 paces from the starting line (all socially distanced) and was so gasping for air, I almost passed out. There is no oxygen at 8,000 feet. And we started between snow drifts in the cold.

So I did a run/walk routine because of lack of oxygen until I got down past the 6,000 foot elevation, then I was picking up the pace nicely until at around the 6 mile mark I hit a pretty good-sized and sharp rock with my left heal. And that was all she wrote for the running.

Next aid station I took some Advil, which helped some for ten miles or so, but by the time I reached the 20 mile mark, I was hurting on both feet to the point I couldn’t decide which foot to limp on. Felt like walking on a pin cushion. Not fun.

But I kept going, pretty much alone out there in the desert and on the outskirts of Vegas (it was now going on 70 degrees). But at the 22 mile mark the course went uphill and didn’t stop being uphill (including going over a freeway overpass) until the 25 mile mark.

With about two miles left and another mile of hill in front of me, I was done. I called Kris and she encouraged me to keep walking (limping) for the next two miles. I got a hunch that without her talking in my ear, I would have sat down and called 911.

But somehow I made it just over 7 hours and I was second in my 70 plus age group out of three and I ended up beating 16 other men as well over the two days. Not a clue how.

Kris called the hole in my left heal a divot when she helped me bandage it. Yup, that’s going to be painful for a week or so.

But at the age of 70 I finished a 26.2 mile marathon. Out of shape and overweight and injured, I still did it.

Thanks, Kris, for the assist. Very much appreciated. As you said on the phone, if I quit with two miles to go, I would be mad at myself for years. Yup, that worked and kept me limping to the finish.

So right after turning 70 years old, I finished a marathon. I’ll take it. And except for the divot in my heal, feels damn good. 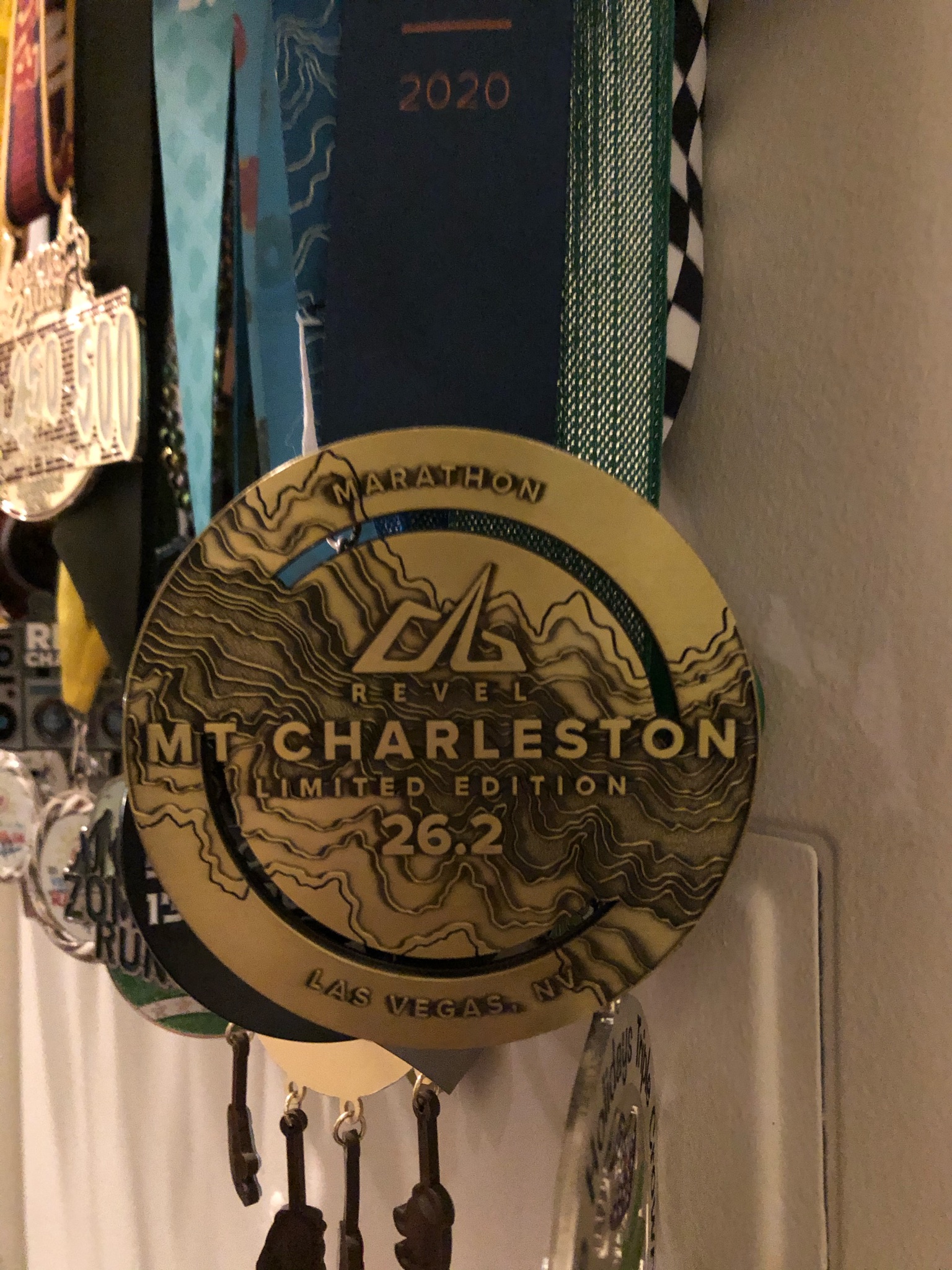