Always fun to limp on both feet, but both getting better and in a few days to a week the blisters will be gone and I will only have the feeling of completing the run.

Since this is Covid-land we are all living in, no spectators were allowed anywhere on the course for any reason. Even the one person guarding each aid station backed up about ten feet from the table when any runner came by and wore gloves when putting out the cups and pouring the water and such.

So unlike most big races, this race took pictures for free and sent them to everyone. They had four people with cameras stationed along the course. So this first picture is still up in the mountains and trees and I was running great at this point, about four miles in. I think it was about 6,000 feet or so and I was doing fine on my breath. Notice the jacket was still on and the gloves were still with me. 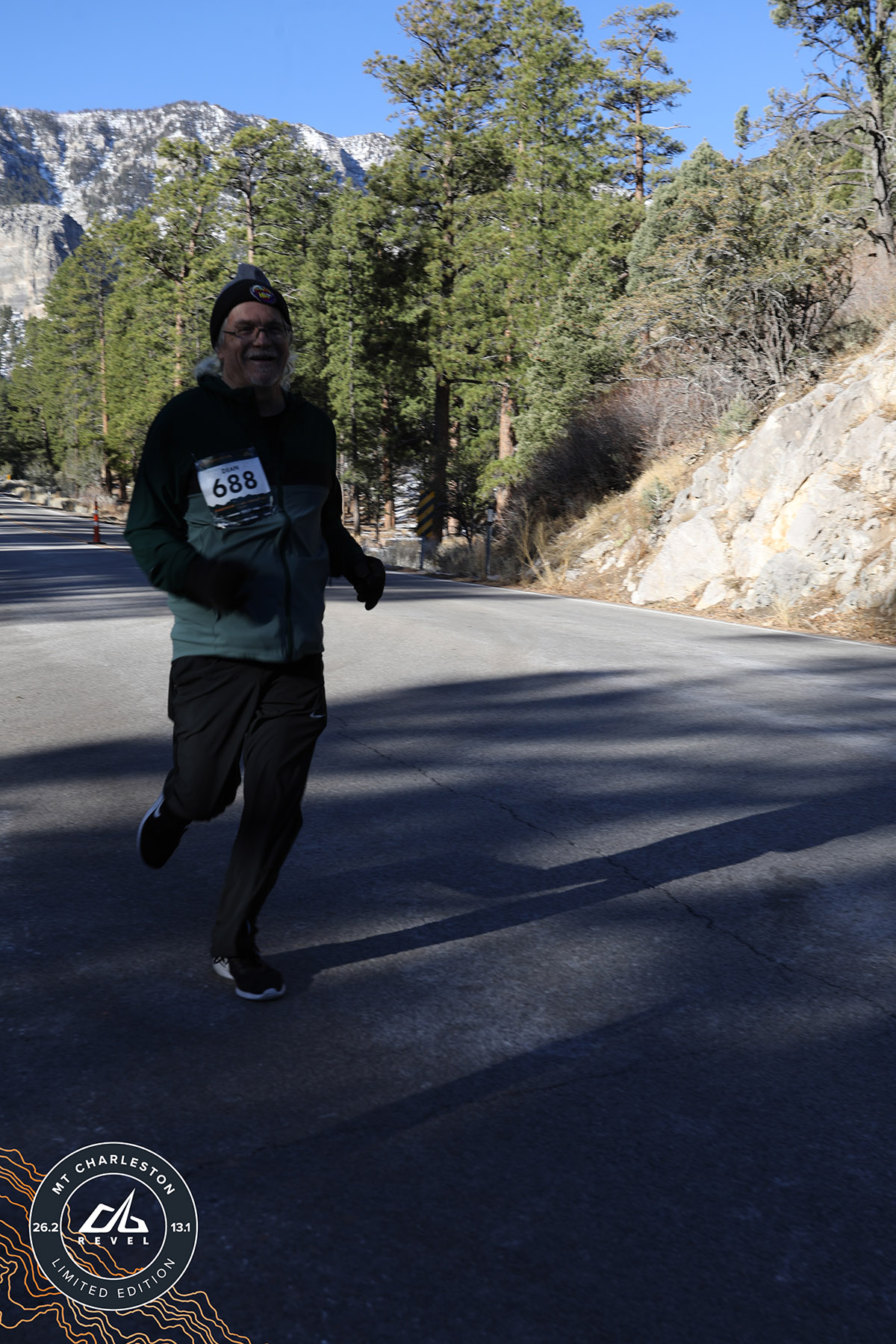 Second picture is about 10 miles in. I saw the camera person ahead and I managed to get back running some for the photo. Actually, even with the dent in my heel, I had still been running some at this point. Notice the coat is tied around my waist and the gloves are long gone, left with a pile of clothes to be donated at an aid station. 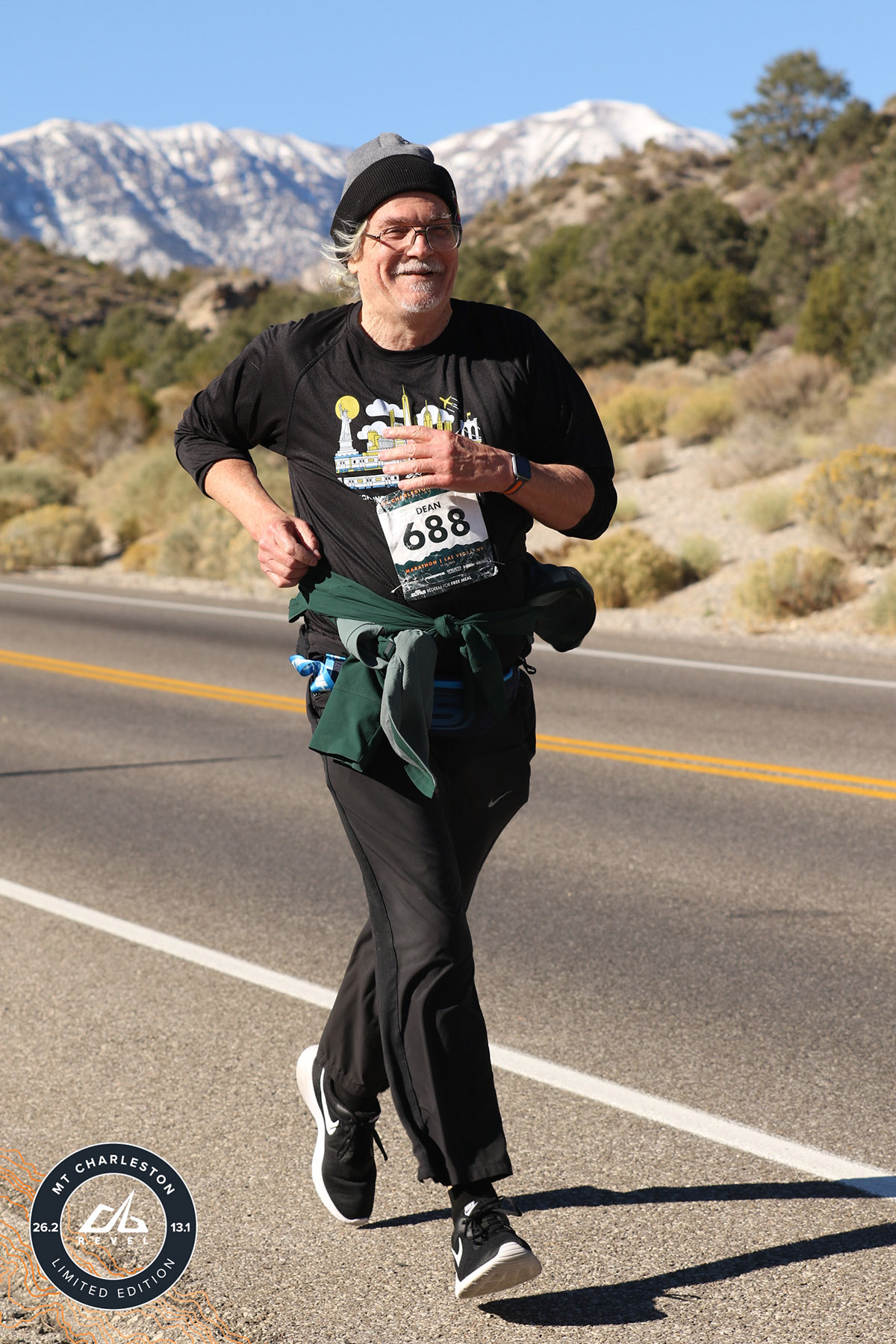 Third picture is just beyond halfway around mile 15. I was on a 12 mile long straight desert road and could see the photo person ahead, so I managed to get running. I have no idea how at that point. However, strangely enough, even with the problems breathing at 8,000 feet and being out of shape and damaging my foot at around 6 miles, my half marathon time was only 15 minutes off my best time from a year ago. That surprised me, so clearly I had been running pretty well even injured for the first half because last year I was in shape and not injured. 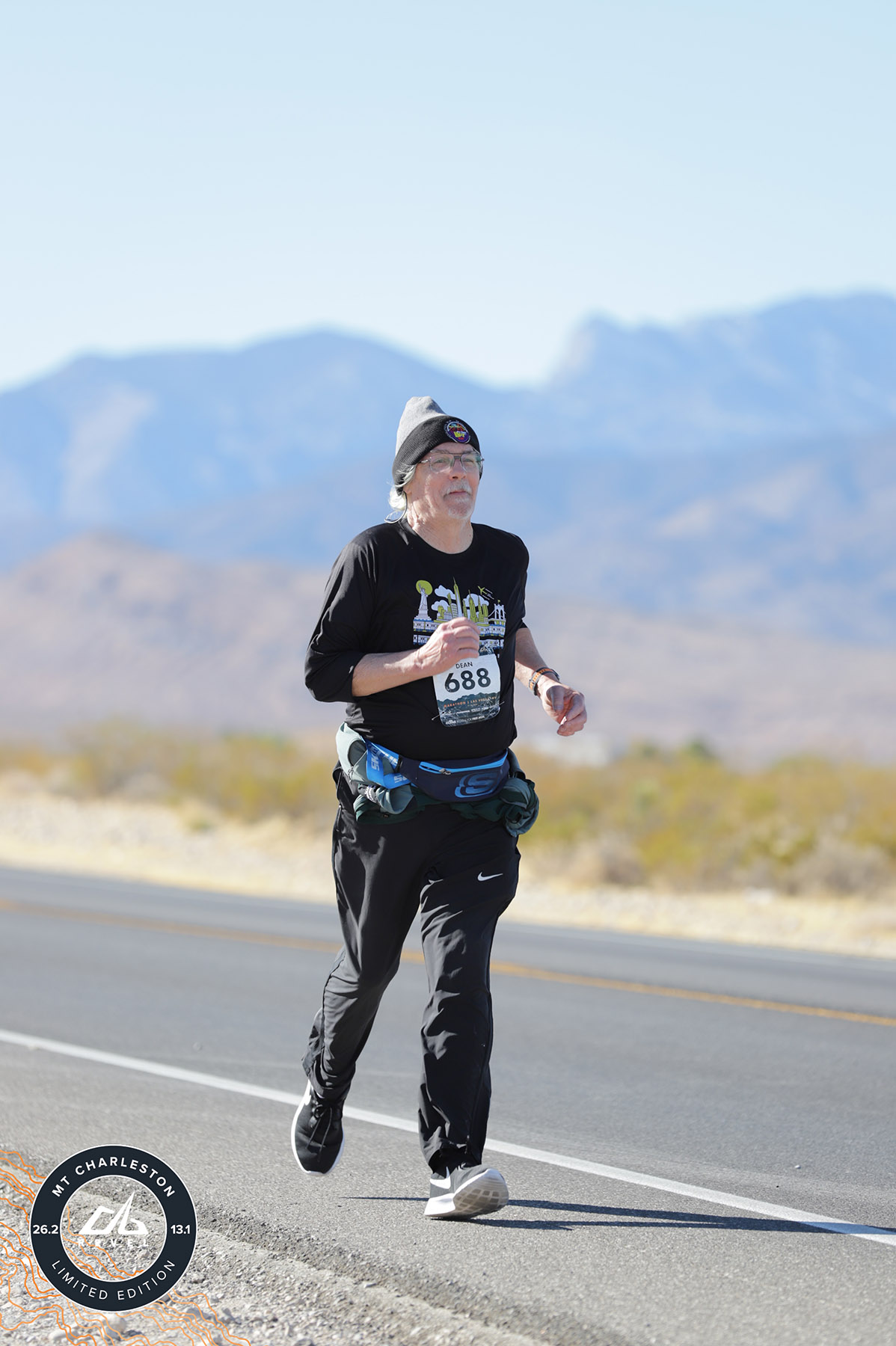 Last picture is around mile 22, with about four miles left. Bottom of my feet were hurting so bad, I didn’t even try to run for the photo. At this point I had lost all sense of pride and was just hoping to finish. (grin) 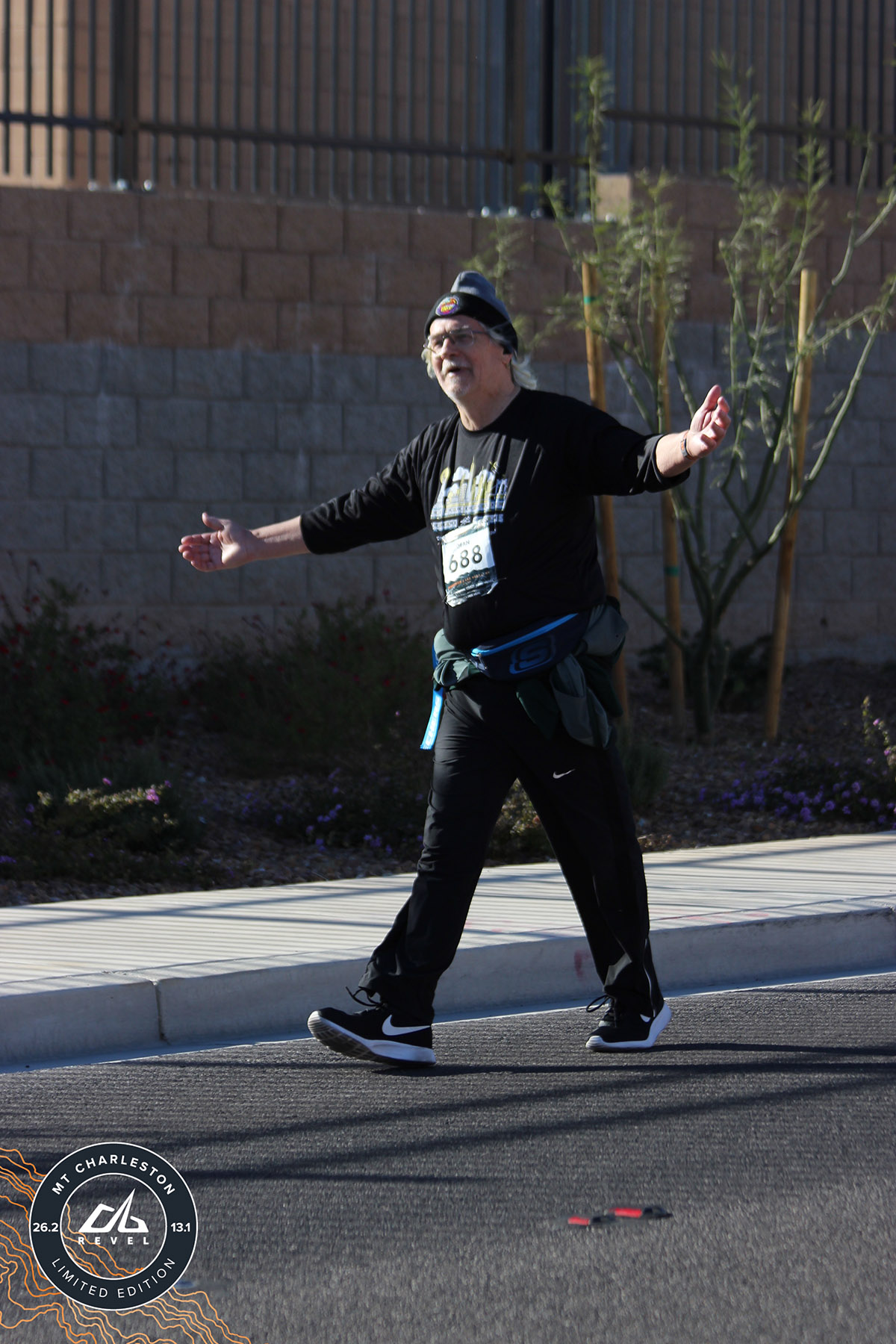