I can’t begin to explain how much went into having this copy of  Smith’s Monthly #45 in my hand. Over three-and-a-half years between issues.

For 44 months I did an issue every month, then for just about 44 months, no issues. But every one of those lost months the thought of bringing  back the magazine was on my mind.

For those who do not know, Smith’s Monthly Magazine is a magazine I fill totally with my own work. I took the idea from Mike Shayne Magazine or Asimov’s Magazine or Ellery Queen’s Magazine. But none of those are filled by the title author. I thought why not? At no time in history did an author have a magazine named after them that they filled month after month completely. So I would do it. And I would do it monthly.

The issues range from 60,000 words to 80,000 words every month. There is a novel in every issue, four or five short stories, and another feature, often a nonfiction book or serialized book.

What happened in those 44 months I was not doing an issue? A lot of things, some of which were caused by decisions I made while doing the magazine, other reasons were life and moves and so much more, including 2020.

So I knew that when I restarted it, I had to do it right. And I had to do 90% of the work on it myself. I had to spend my time, not WMG money and employee time, otherwise it wouldn’t feel right to me and I wouldn’t continue. This had to be my magazine, the only way I could deal with it.

And I had to keep up the paper edition, which is a lot of layout work. But I am doing that for me, so I had to relearn InDesign and relearn the layout process.

So finally, today when I was not expecting them, my copies of the January 2021 issue arrived.

To say I was stunned would be an understatement. If there hadn’t been a pandemic going on, I would have gone out to a good dinner to celebrate.

So tonight I got close to finishing up the final layout and ads for #46. And #47 is already being copyedited. So onward I go.

Next I need to fix up the web site and then deal with Patreon. Give me time.

But right now, having a copy in my head, makes me feel damn good and damn proud. No other author has even done one issue, I have now done 45. 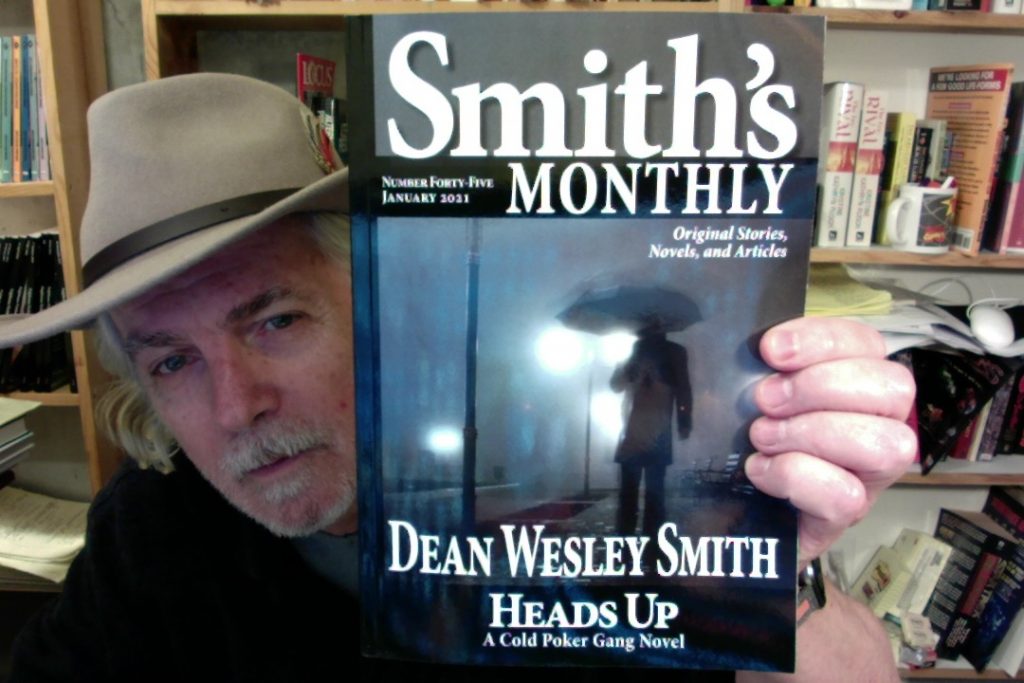