If you love mystery stories and novels by top writers, Kris has put together what I think might be one of the best mystery StoryBundles in a long, long time. And I feel really lucky to have a book in this one, let me tell you. Here is the link to get it:  https://storybundle.com/mystery

Want me to pick up a book? Put the word “secret” on the cover. Secret histories, secret lives, or heck, just the word “secrets” by itself. I love secrets. Secrets imply something slightly nefarious, something untoward, something that must be kept hidden for the good of the individual, the club, the country, or even the world.

Usually with a lie.

When lies unravel, when secrets unravel, well, then people unravel, and that often leads to murder most foul. Or at least a great screaming fight.

I had two criteria when I asked writers into this bundle. The first was that they had a crime story for me. The second was that the book had a secret or a lie at its core. Most of the writers came back to me with more than one choice of book because, hey, y’know, secrets and lies make for great crime fiction.

The other nifty thing about secrets and lies? They’re like rocket fuel to any novel that includes them. The readers speed through the text, heading straight for the reveal, knowing it’ll be dangerous, but wondering just how dangerous it will be.

Each one of these books will keep you reading late into the night.

And…on your way to some great reading, please throw a few dollars at our charity. Because our authors come from England and Canada and Australia and the U.S., we chose a charity that responds to disasters around the world.

All of 2020 was a disaster, particularly for people doing their best to feed their families. Restaurants also got hard hit, and restaurant workers found themselves unable to afford food rather than serving it. Our charity, World Central Kitchen, provides food to people in need and provides support to restaurants here in the U.S. It also a network that aspires to create food resilience around the world.

So, please, when you pick up your books, designate a few dollars to World Central Kitchen. You’ll be feeding families while you enjoy some spectacular entertainment. 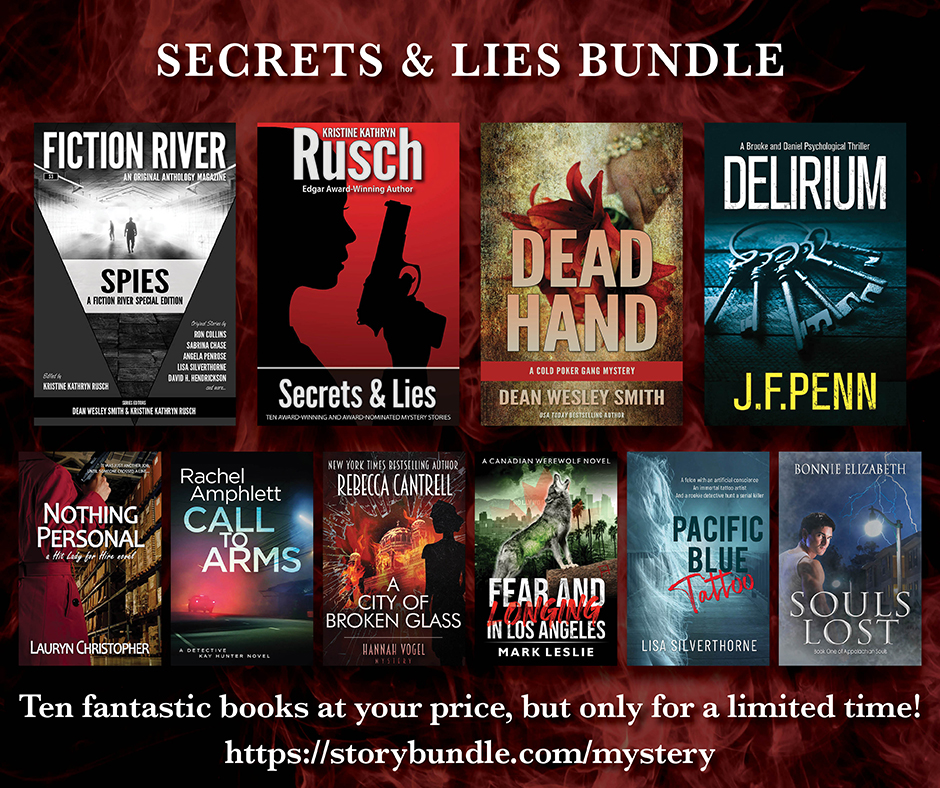