She is running from one end of the condo to the other right now, growling and chasing some unseen thing, sliding around corners on the hardwood floors. The two boys in promotion central are not going to know what hit them after Angel and both boys move up to a new condo together later in the week.  Could really be fun to watch and I am sure Kris will have some stories in her posts on Facebook.

I am just going to post a couple pictures of her tonight because I have some other stuff to do and I need a blog post here to keep up my streak. So what better thing to do is post a few cat pictures.

We think she is a partial Birman and partial Siamese. (Red point or flame point.) She is as smart as I have seen a cat and we have had some really smart cats over the decades.

Going to be really fun in the new place.

Image of her sleeping on the chair behind my internet chair while I work. Second image of her approving some photos of her that I downloaded to my computer desktop. 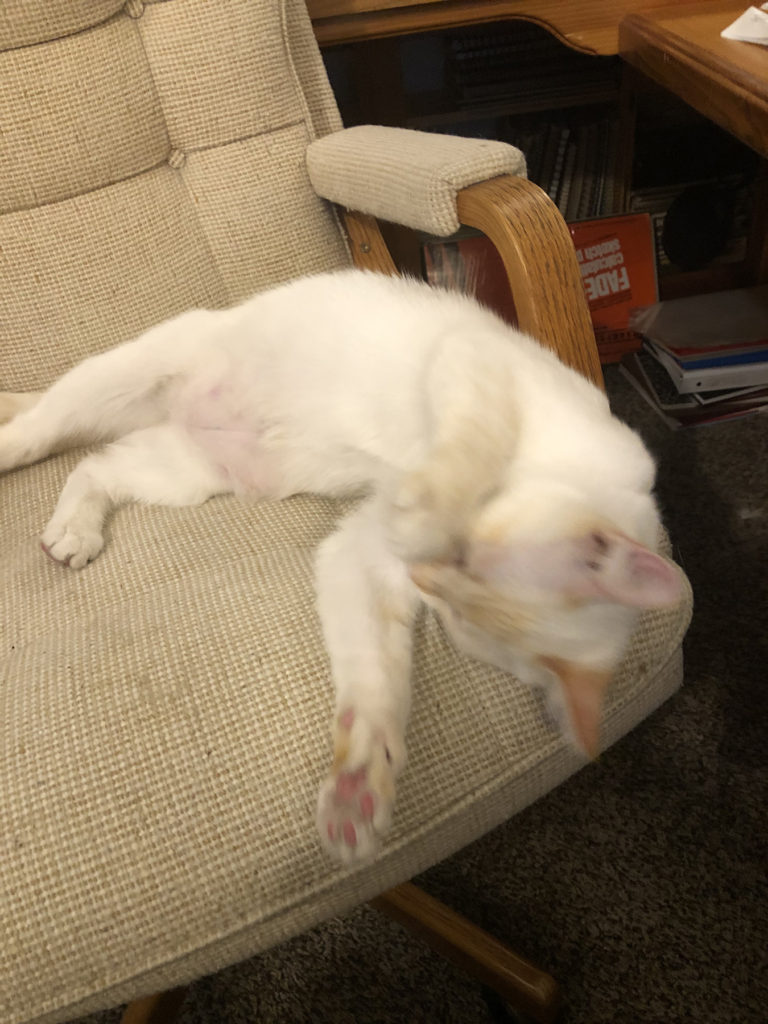 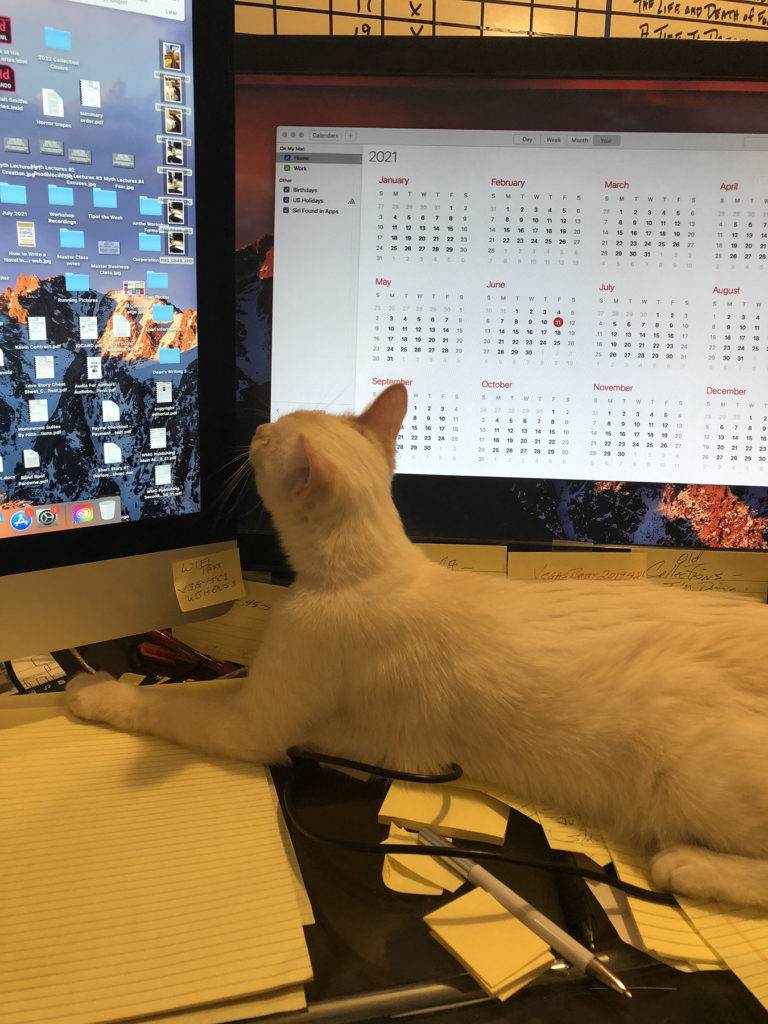