In one place. Running and walking 5K.

At one point about four blocks into the run, I climbed up on some courthouse steps. As far as I could see in both lanes of Las Vegas Blvd, headed toward the Strip, were Santas.

And as far as I could see, stretching back into downtown Las Vegas and Fremont Street, there were Santas.

Kids in Santa suits, dogs in Santa suits, all sizes of humans in Santa Suits. We did this last year and that was one of the first moments I knew I was going to love this crazy city more than I already had over the years. This year’s run was even more fun than last year.

So some pictures, starting from the condo to the starting line. 10,000 plus Santas. Totally nuts. And great fun.

First one in the condo of me and Gavin trying to figure out the jacket and belt. 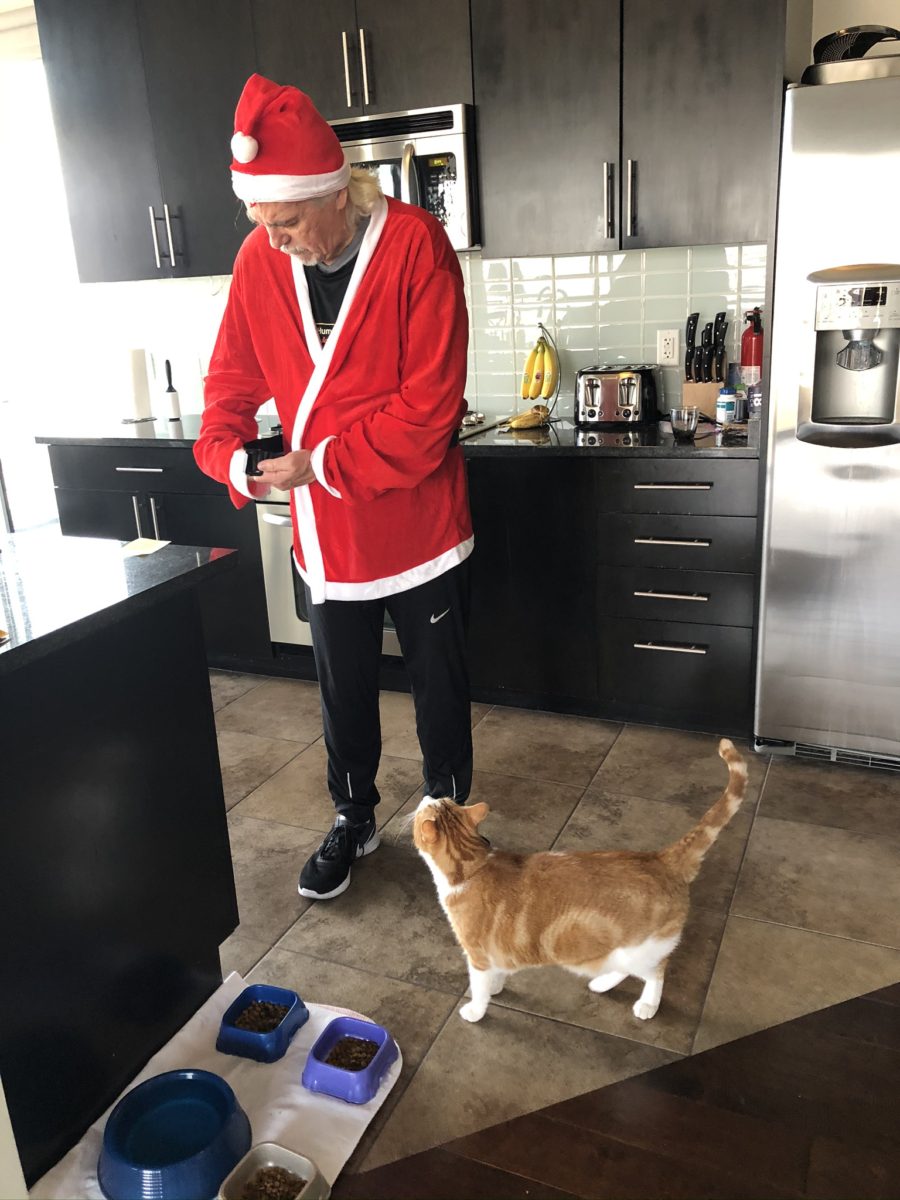 Second one of Kris showing off for Cheeps. 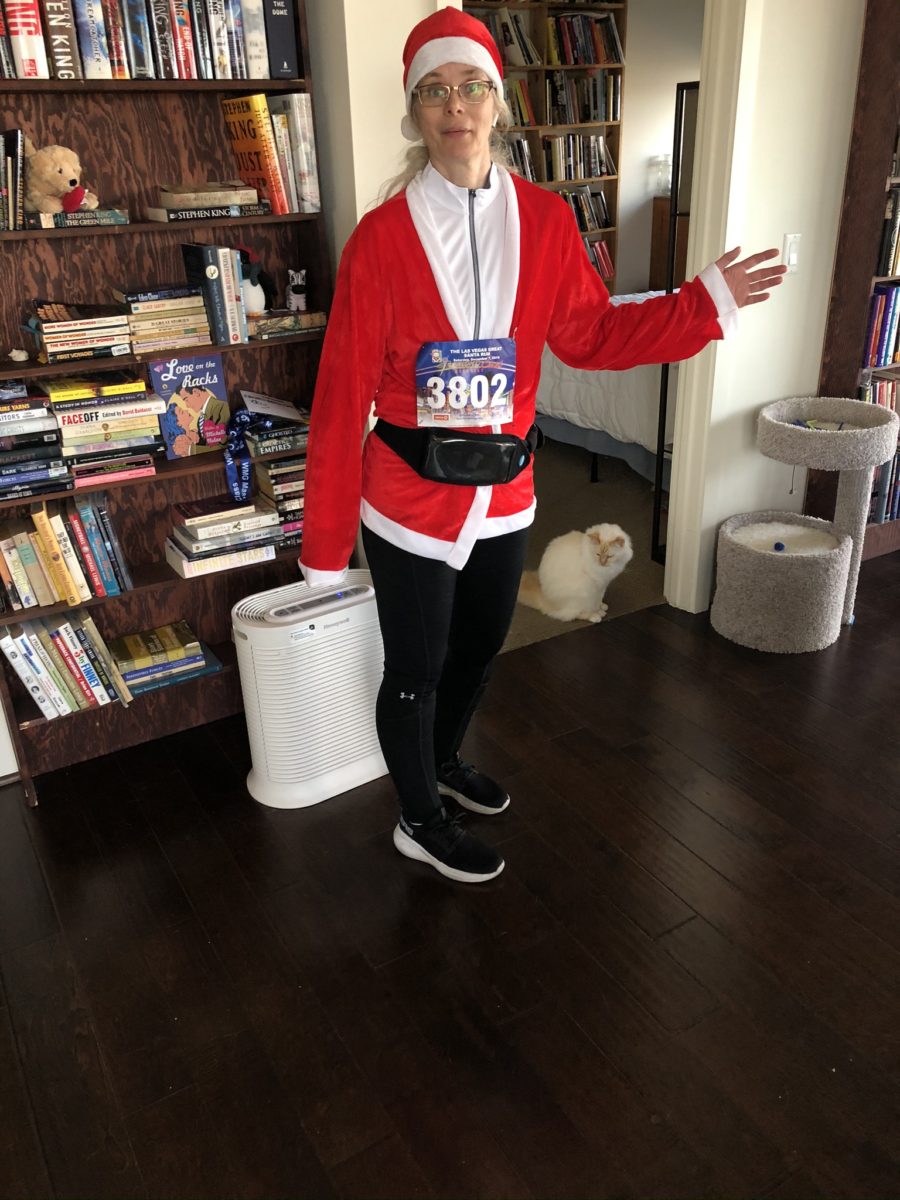 Third one of me and Steph and Kris on Fremont Street. We got there about 45 minutes early. 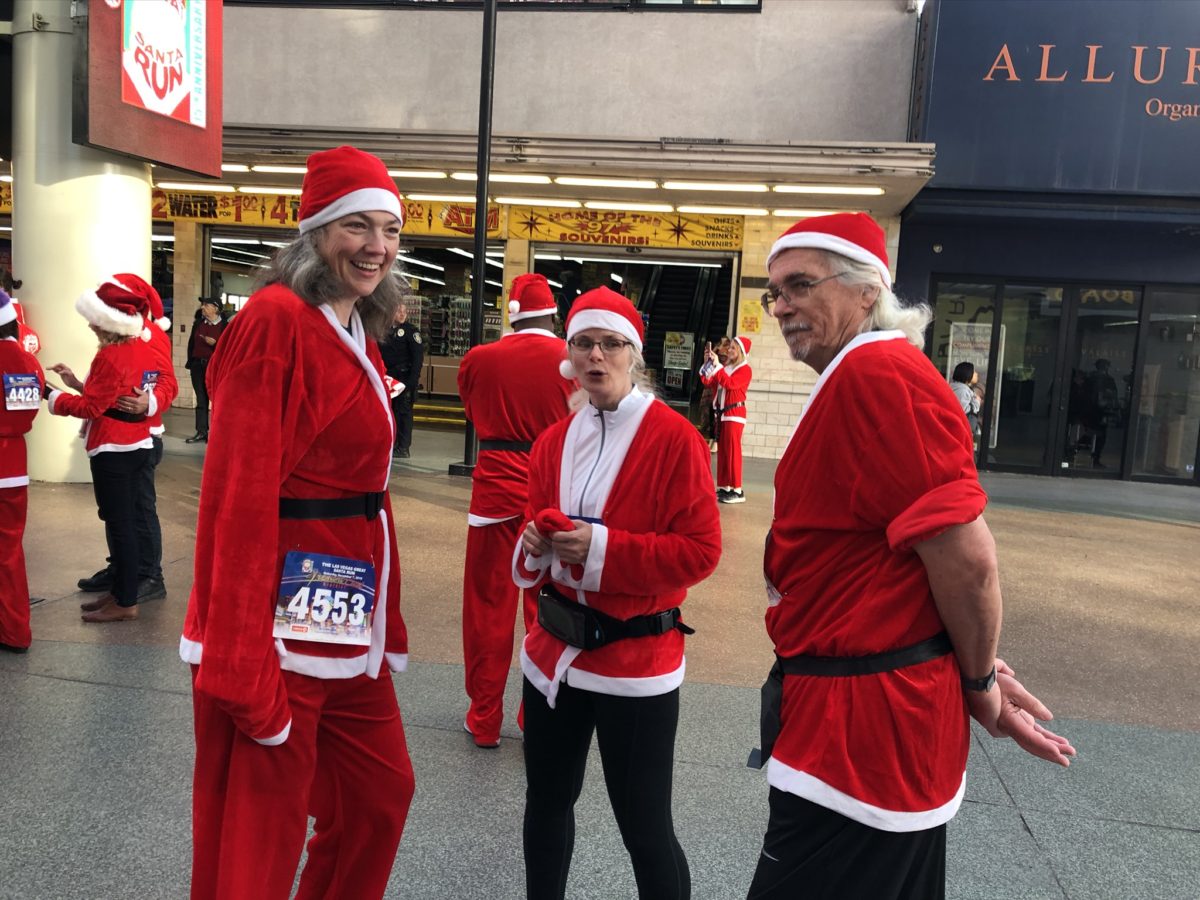 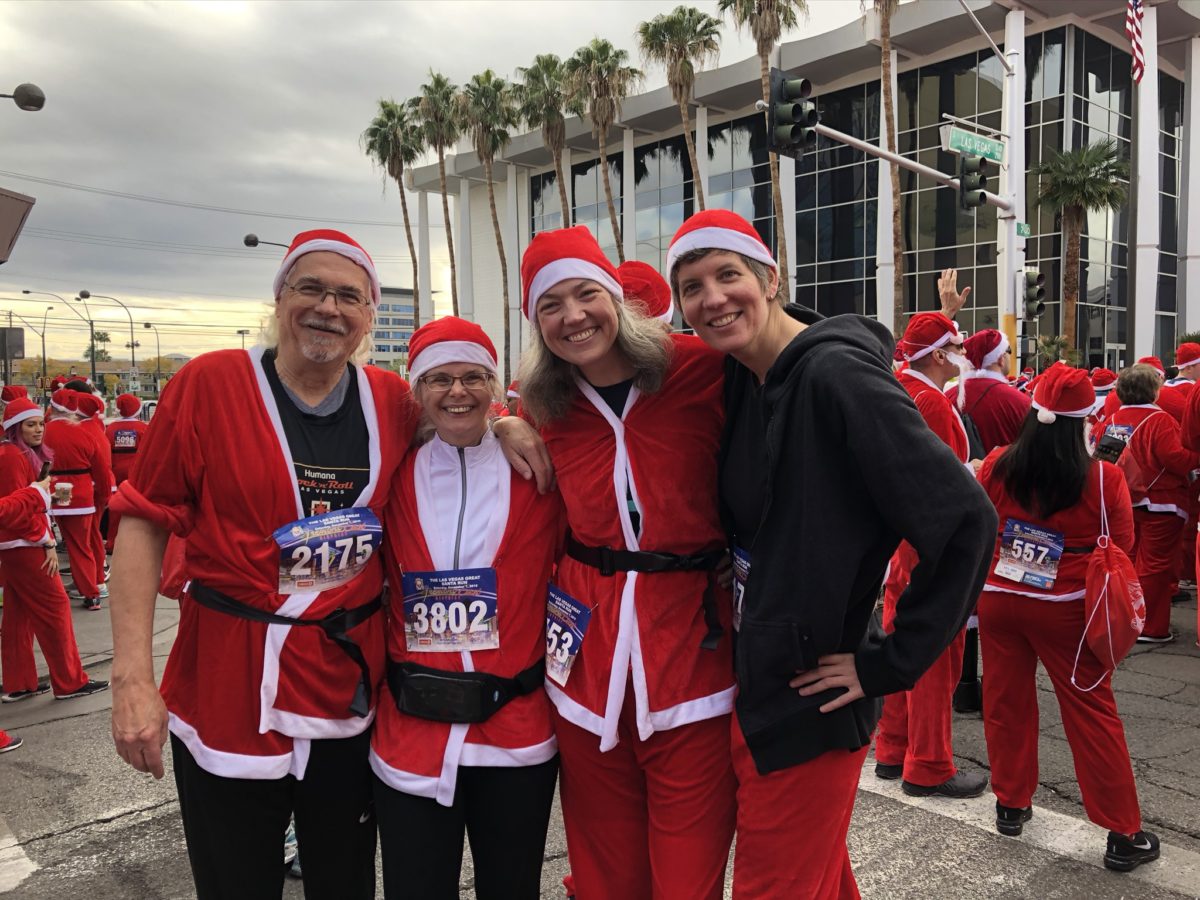 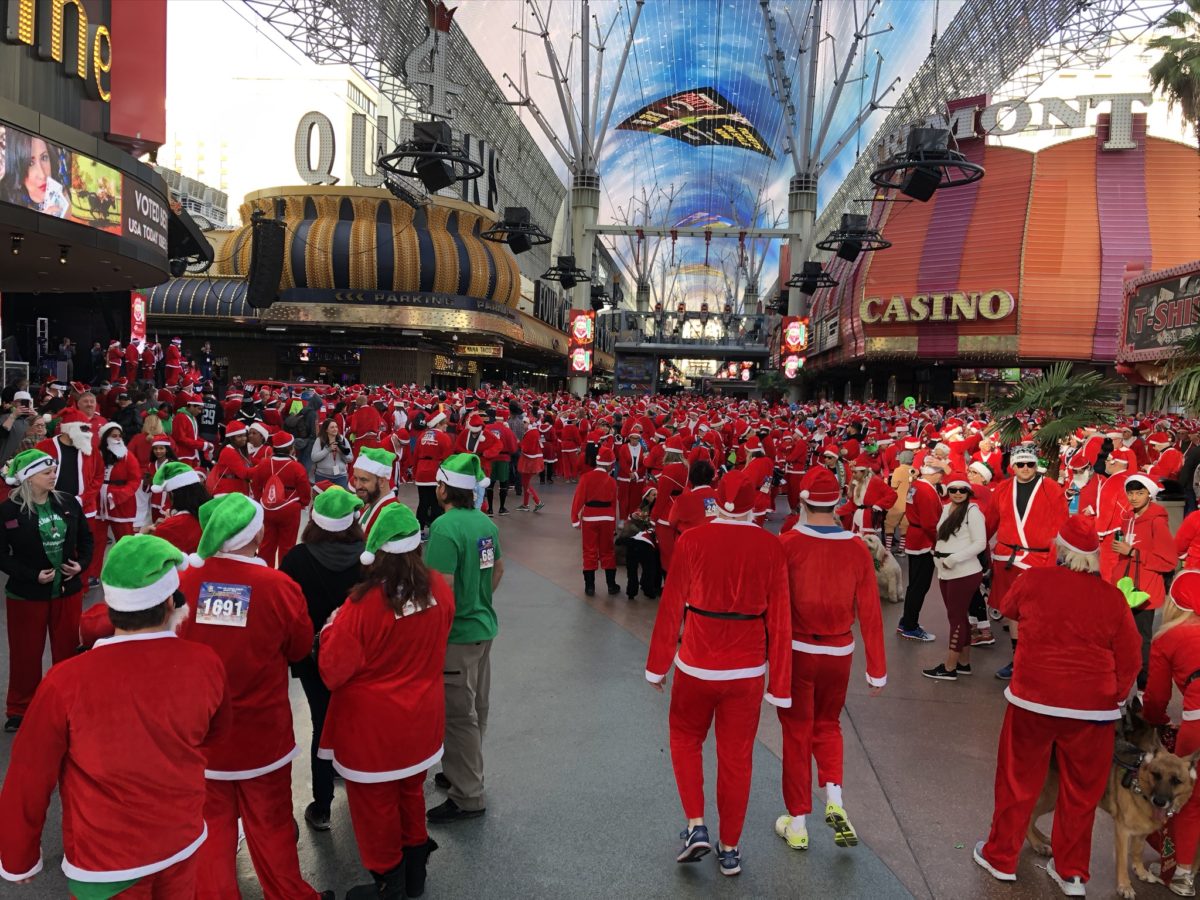 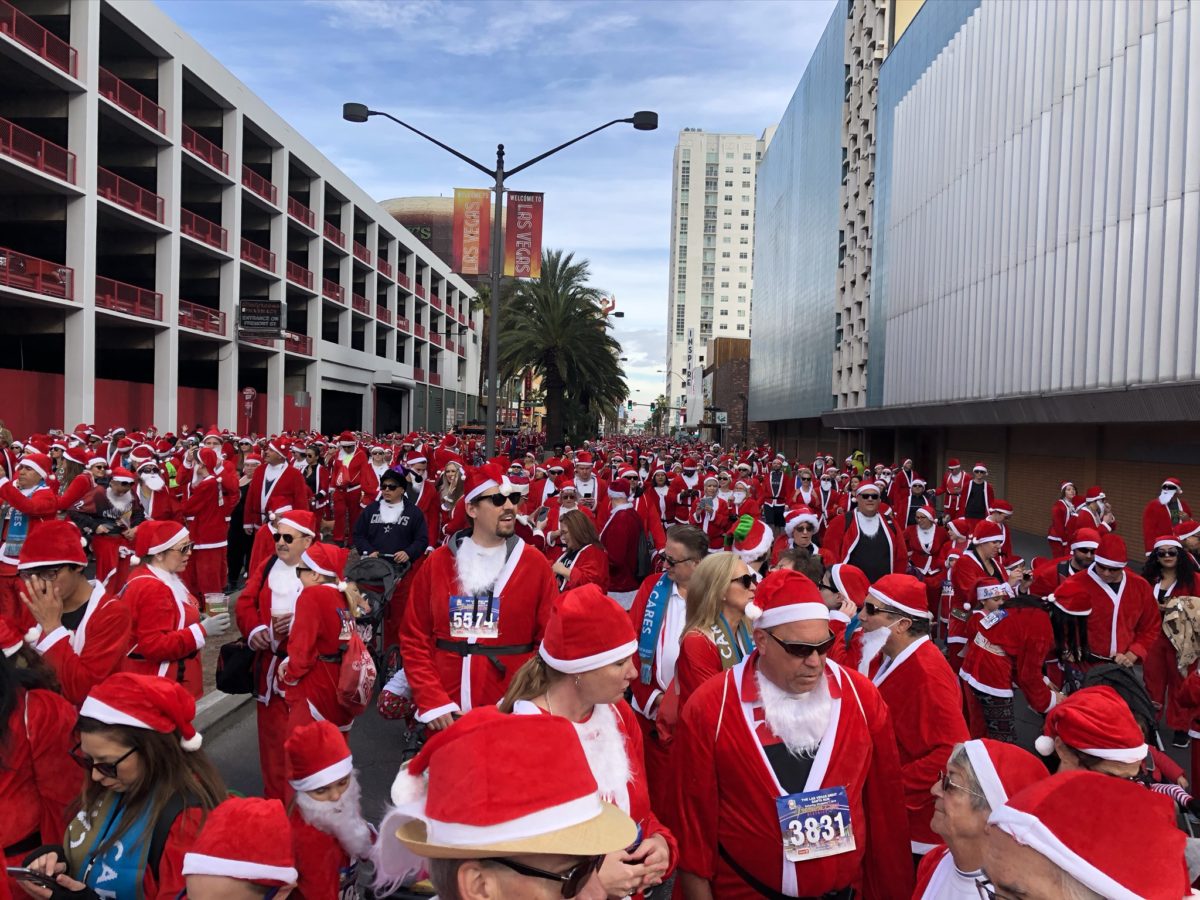 Santas ahead of us and the starting line almost a block away. 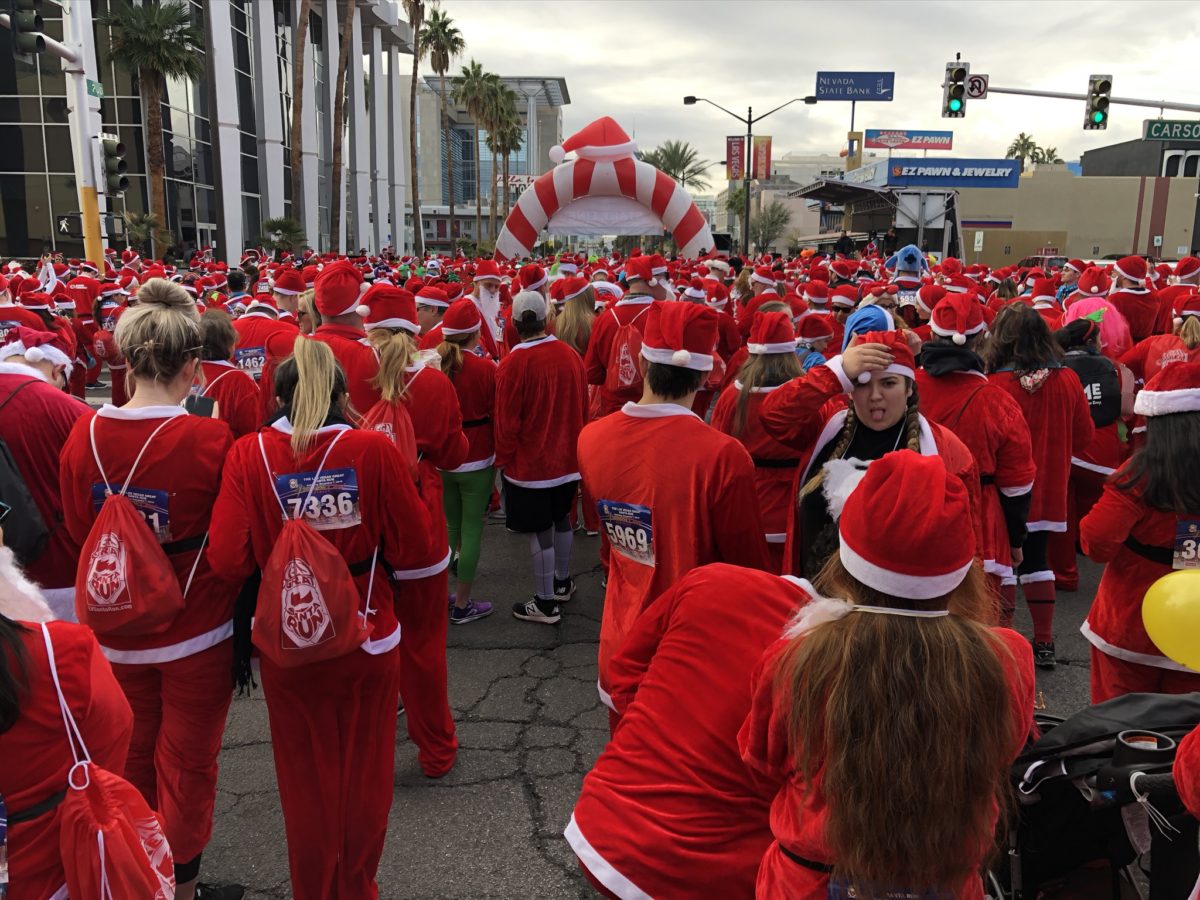