They Sent Me a Bunch…

The first two pictures is a sight many of you see who take workshops online. Here the poor students in one day got me for 2.5 straight hours on a topic called “The New World.”  I hope it all made sense.

The next picture is the next day. Tim Powers and I did 45 minutes or so on the fun, the insanity, and dangers of Hollywood. We both had some fun stories.

Next picture is at the signing. All the writers and judges had to sign a few hundred books. Fun assembly line. Across from me was Rob Sawyer. Luckily we were ahead of Niven instead of behind him. He was the slow one. (grin)

The last picture is the new Writers of the Future crew. Left to right, Meliva Koch (who runs everything to do with the book for Galaxy Press), Kary English (first reader), Jody Lynn Nye who is the new coordinating judge, and me, the new book editor. 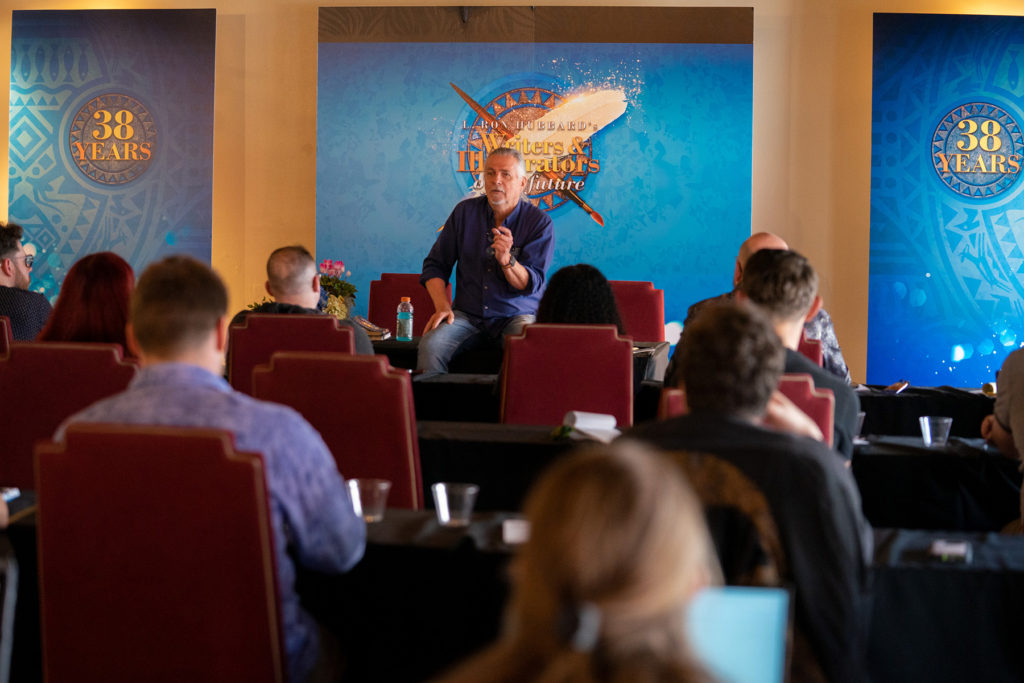 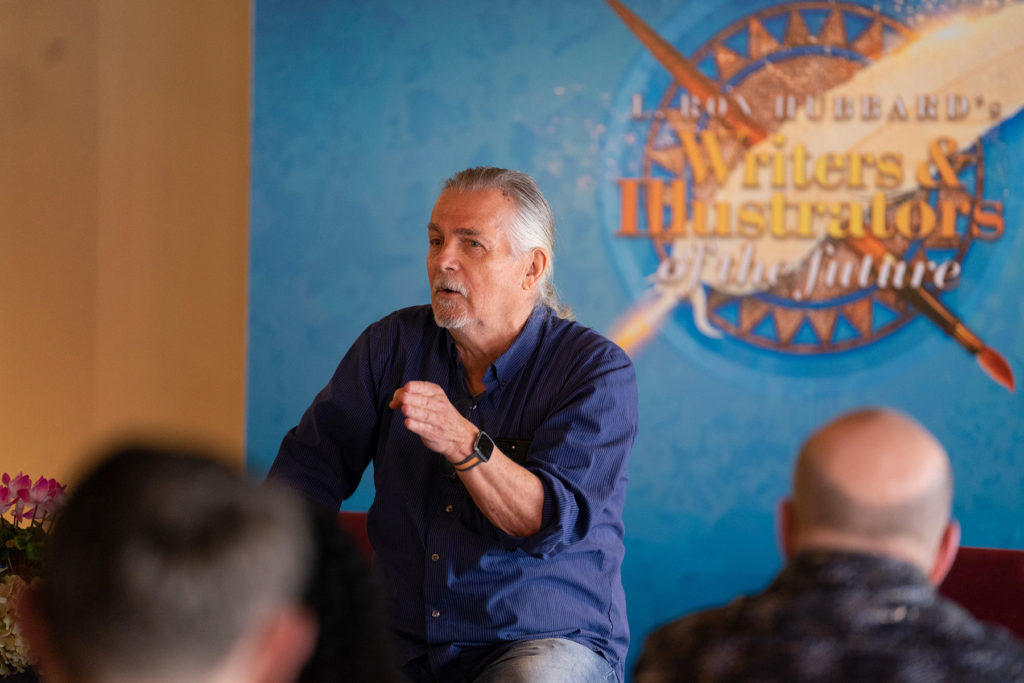 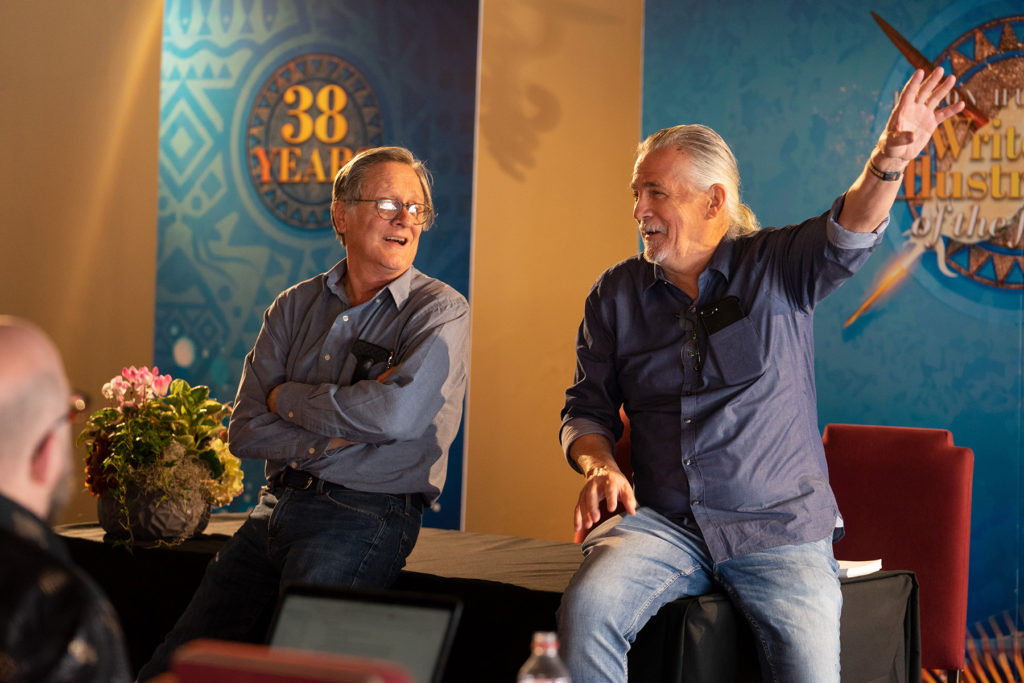 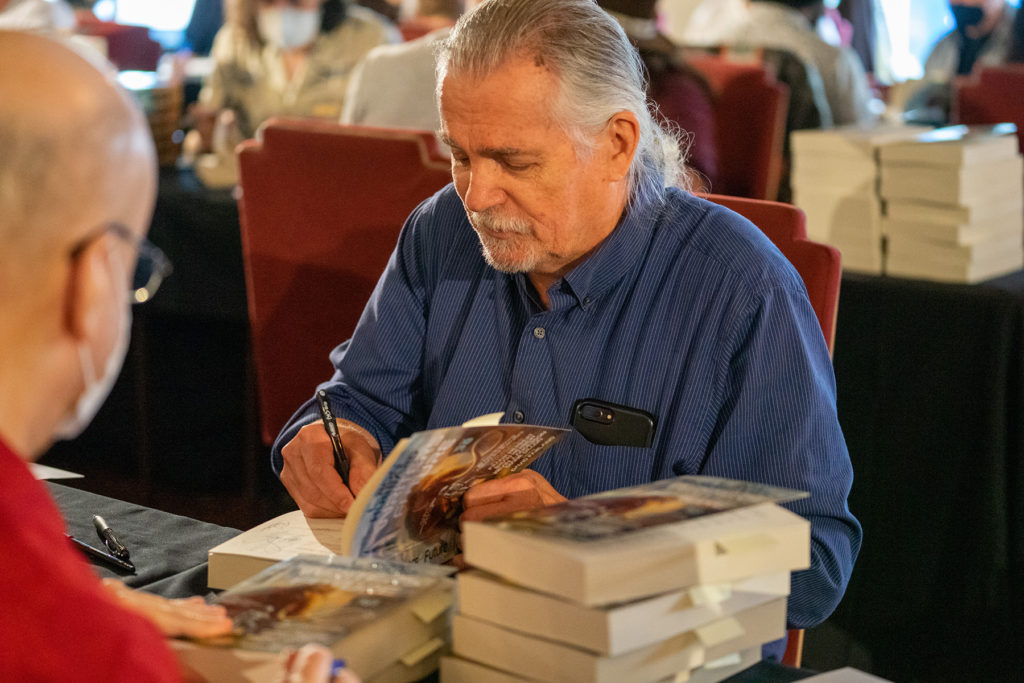 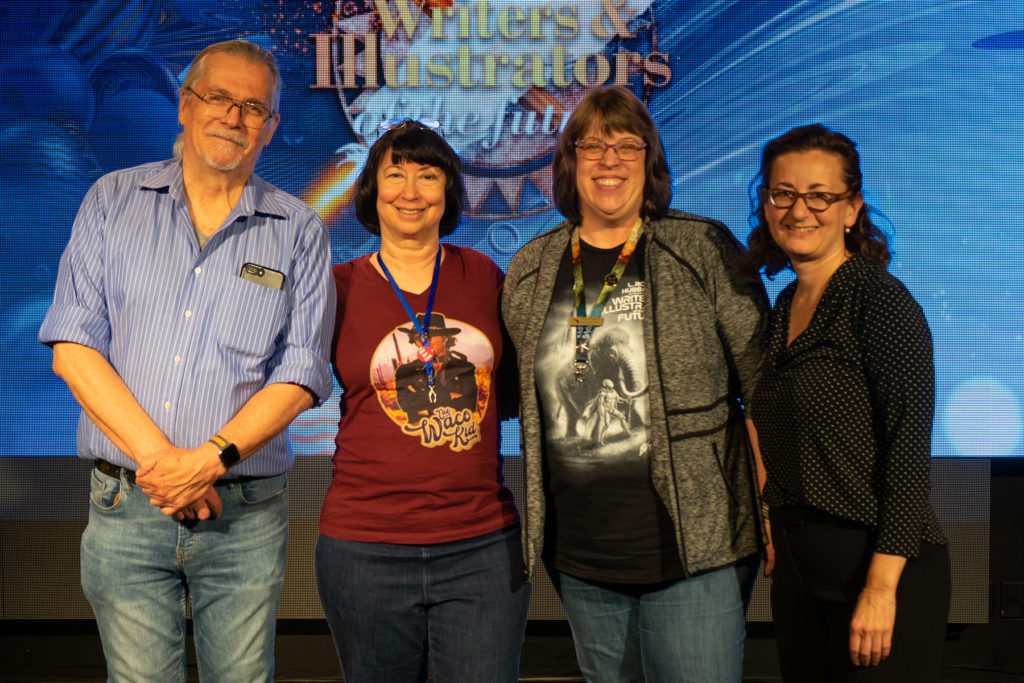