Tonight, for the third night in a row, the storm hit again. Flooding all over the entire Pacific Northwest, and power was out here for three hours tonight.

But now that the power is back on, I’ve decided to just go on as normal until it flickers and goes out again. After 20 years living here on the Oregon Coast, you get used to this, sadly. At least the power came back on after three hours.

Made it through the monsoon rains to the snail mail, the grocery store, and then to WMG Publishing around 2 p.m. for work on continuing to set up new offices and move stuff around.

I worked there until 7 p.m., then went home to cook dinner. Just finished with dinner and the power went out after flickering a few times over thirty minutes.

So we dug out all the flashlights and battery radios and LED lanterns and such and made sure all the back-up batteries on the computers were off and things unplugged for when the power surged back on.

Then we headed to the WMG offices through the monsoon to check on the computers there. Then on to the north end of town which still had power. Stocked up on batteries and other stuff at an open store, then home.

I took a nap while Kris read and she woke me up when the lights came back on.

So I got in here around 11:30 p.m. to start the workshop assignments. Got those done around 1 a.m. and then went to watch some television.

I suppose now I could do some writing, but just don’t feel comfortable turning on my writing computer in this storm. The house is still rocking and rain pounding the windows on the ocean side.

So no writing. The novel will still be there when the weather settles.

NOTICE:  Everyone who is signed up for the anthology coast workshop in late February, the first short story assignment has gone out over the list. If you didn’t get it, check the list. It’s due Sunday night, no exceptions.

All workshops have openings. All start in one week.

Topic of the Night: Learning is Attitude

Over the years I have watched something more times than I want to admit. And without fail, it has been terminal for the writer, meaning the writer has not been able to recover and actually move forward.

Hang on, this might take a moment to explain.

To put it bluntly to start, what I am talking about is an attitude of “I know it all, I don’t need to learn anymore.”

Put in a religious manner, “My writing beliefs are right and I will defend them to the death.”

How many varied ways this expresses itself is amazing.

For example, early on in my writing life, I noticed this numbers of times. It always came from a writer who was ahead of me in sales, in skill, and in some minor aspect of success. The writer had the attitude that they didn’t need to learn.

And then when I followed Heinlein’s Rules, pushed stories out, started selling, and one day went past the writers who were not working as hard or even working to learn, things turned bad. The writers who had been ahead got angry, often biting, often trying to hold me at their level, and often putting down how hard I worked at my learning and writing.

I usually left them behind. Lost friendships, actually, but couldn’t stay with it.

In those days, when asked how I managed to make a living and sell so much and write so much, I had a simple answer. I said, “I work harder than everyone else.”

That really would piss off the I-know-it-all-writers. Wow.

Then, as we started doing more teaching, we would run into these types of egos often, but expressing the problem in a different light.

This form goes like this: The writer would learn just enough to start selling, then lock in at that spot.

I have actually had writers tell me they are afraid to learn more for fear of upsetting what is working in their writing.

That is so head-shakingly stupid as to be funny.

It’s the ego. And if the writer does take a workshop or come back to a workshop, they only are doing so to prove to themselves how superior they are. That never goes well. (grin)

I love to go out to thrift shops and antique stores and other places to find treasures. I love the thrill of finding a treasure.

I think of learning in publishing and writing as exactly the same thing. It is a treasure hunt with the thrill of discovery attached.

And I love being around and working with writers who have that same hunger for learning, that same willingness to try things to get better.

On the flip side, I have almost no time for writers who think they know it all, who only want to impress me with their brilliant minds. I mostly ignore them. Harsh? Yes.

But honestly, the harshness comes from over forty years of watching this problem in its many forms. The outcome is that either sooner or later, the writers with the ego attitude vanish.

And the writers driving to keep learning stick around.

What is going to be interesting as I put up these posts about Heinlein’s Rules is how many writers will get angry at them. Just watch. (More than likely will happen on other blogs, or on writing boards or lists.)

Heinlein’s Rules strip away all the excuses. If you can’t get out of your own way, can’t put away your own ego that you know more than Robert Heinlein, you will be better off ignoring the Heinlein’s Rules chapters as they go by.

And if you have to make excuses as to why those five simple rules don’t apply to you, better to skip them in the first place as well. All they will do is make you angry.

Talking about Heinlein’s Rules tends to clearly illustrate where in the world of writing your attitude and ego are located.

This will be fun for many of us. I know I’m going to enjoy going through the rules again.

But remember I said this right here. If any of the five simple rules make you angry, do some checking in with yourself. Anger comes from being vested in a belief.

And if that belief is that you know better than everyone else, oh, oh…

The Writing of Dead Hand: A Cold Poker Gang Mystery 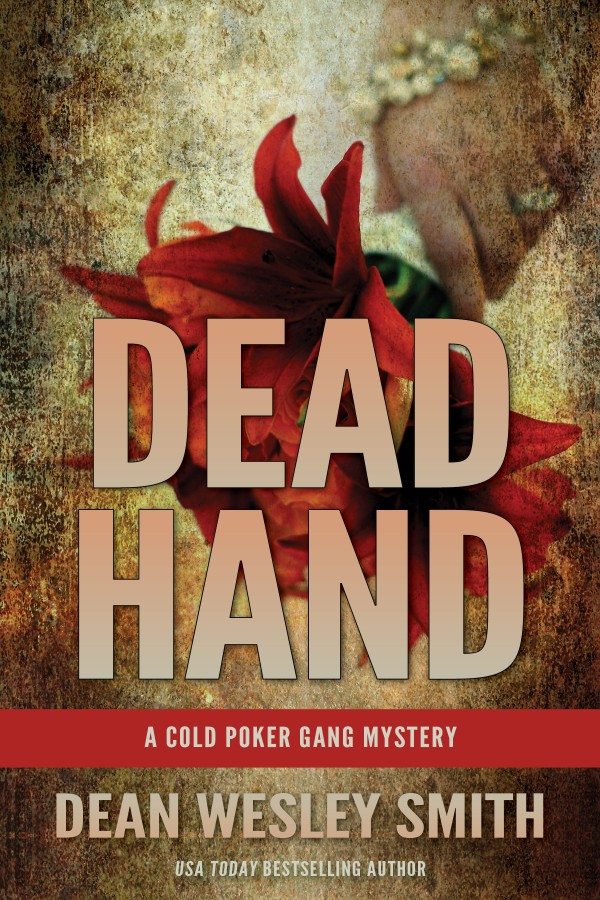