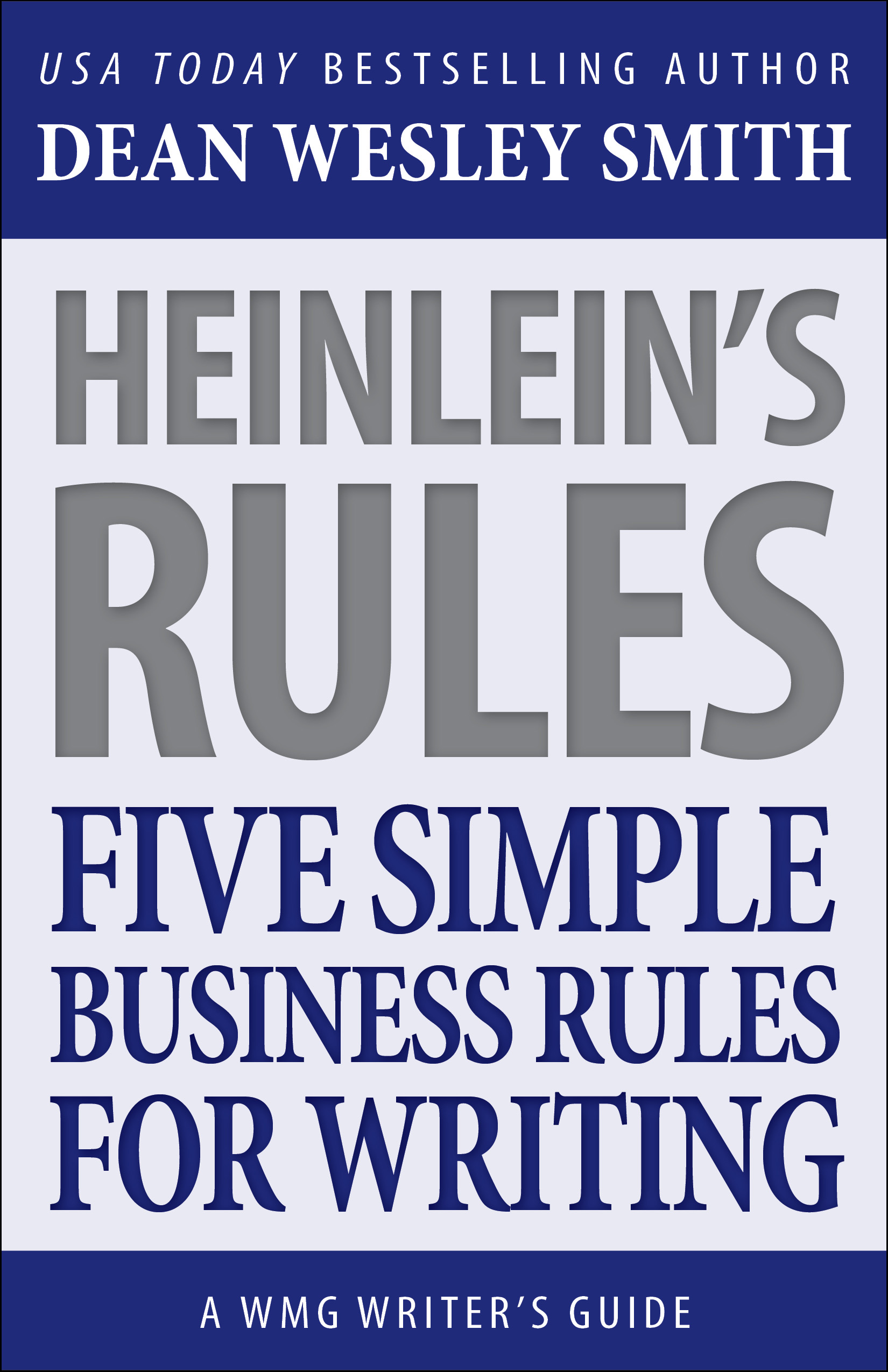 In almost 150 published novels (over one hundred with traditional publishers), I have always followed Heinlein’s Business Rules. And in hundreds and hundreds of short stories, I have followed the five rules as well.

For well over thirty years now, actually, I have done my best to stay on Heinlein’s Rules. I must admit, I slipped at times, but I’ll explain why later on in the book. And how I climbed back on.

So how did I get to these rules? A little about my personal story first.

I had hated writing up until that point, but I had to take some English credits to get my degree in architecture, so I took a poetry class for non-majors.

My poems were pretty much hated and the professor called them “commercial.” At that point, I had no idea what she was talking about, but it sounded insulting and I was getting a “C” in the class.

Then as an assignment, she had her entire class mail a poem to a major national college poetry competition. One of my “commercial” poems won second place and paid me one hundred bucks. The professor had never had a student even get into the book let alone win.

And I had just made more money than she had total with all of her poetry sales.

Oh, oh… To say I was not popular in the English Department would be an understatement.

But I found writing poems fun and started mailing them out and selling them to top literary journals around the country. Great fun. Seemed major literary magazines liked commercial.

Sold around fifty or so in one year.

And along the way, I thought it would be a lark to write a short story.

So on my trusty electric typewriter, I banged out a 1,000 word story, and didn’t rewrite it, just sent it to a horror semi-pro magazine.

I did it again.

They bought the second one.

Spring of 1975 was when things went really wrong. I figured since I was having fun with writing stories, I should learn more about how to write stories, even though I had sold my first two.

So down I went into the myths of writing. (Add bubbling sounds of a person going underwater for the last time.)

I heard I needed to rewrite at least three or four times, so I did, even though I hated to type.

I heard I had to write slow to make it good, so I did, producing exactly two short stories a year for the next seven years.

And every story I thought was gold, a perfect masterpiece of fine art.

All of them were form rejected. And I made it worse by sending each story out only once or twice.

I was convinced the editors were too stupid to see my brilliance.

The two stories I had not touched or rewritten and wrote fast had sold, but the reality was I was too stupid to understand that. I believed in the myths and would defend them, by golly.

But after seven years, by the fall of 1981, I was very, very discouraged. I started looking around at how the writers I admired did what they did.

Bradbury, Silverberg, Ellison, all wrote fast, one draft, and never rewrote past a few minor corrections. And I studied the old pulp writers I admired. Same thing. And I dug through the stories of the literary writers like Hemingway and others. Same thing. 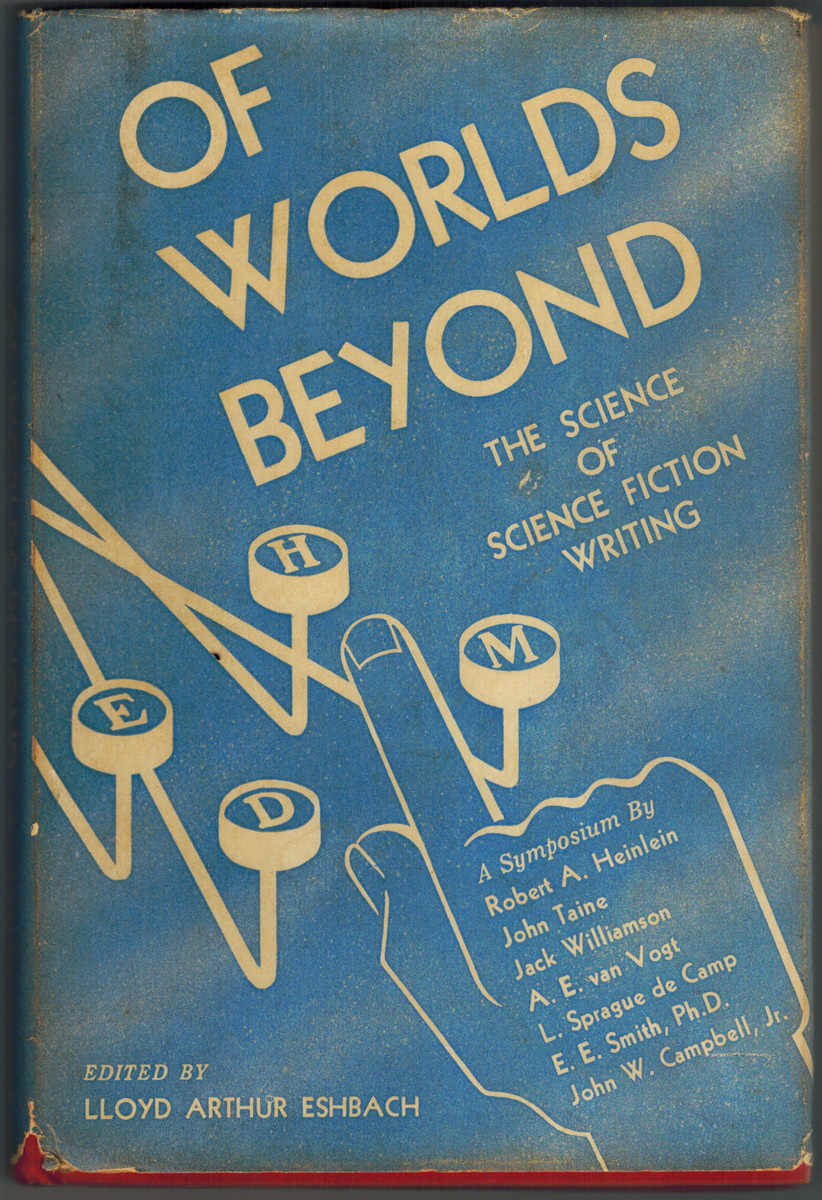 Then by chance, I ran across an edition of Of Worlds Beyond: The Science of Science Fiction Writing.

All of the articles are forgettable, sadly, including Heinlein’s article, except for the last four paragraphs.

He starts the last four paragraphs with this:

“I’m told that these articles are supposed to be some use to the reader. I have a guilty feeling that all of the above may have been more for my amusement than for your edification. Therefore I shall chuck in as a bonus a group of practical, tested rules, which, if followed meticulously, will prove rewarding to any writer.”

Then in one more paragraph he lists his “Business habits.”

Then Heinlein said this:

“The above five rules really have more to do with how to write speculative fiction than anything said above them. But they are amazingly hard to follow – which is why there are so few professional writers and so many aspirants, and which is why I am not afraid to give away the racket!…”

I finally understood completely what I had been doing wrong for seven long years. And why my first two stories had sold.

So on January 1st, 1982, I made a resolution to write a story per week, following Heinlein’s Rules, and mail the story and keep it in the mail.

I wrote 44 stories that first year and started selling regularly in early 1983 and have never looked back.

And stayed focused on those five rules to this day.

The reason these rules are so hard is that they fly into the face, solidly, of what every English teacher on the planet teaches. And has taught from even before Heinlein wrote the rules down.

But remember, English teachers are there to do the almost impossible job of helping students gather knowledge about the language.

They are not there to help a student become a professional fiction writer.

So these simple five business rules smash right into all that learning and teaching we all had as regular English students.

And with the modern world of computers, rewriting is easy, much easier, let me tell you, than it was on a typewriter. So not doing it is even more difficult.

Also, these five rules smash into so many writing myths, it will take most of this book to just detail out how each rule will cause many people to be uncomfortable.

If one of these rules make you angry, you need to check in with yourself. Your critical voice is really, really having issues and trying to stop you.

So over the course of this book, I’m going to work through each of the five rules, explaining why the rule is important to becoming a professional fiction writer, how missing a rule stops millions of writers, and how to use the rule in this modern world to access your creative voice and bring fun into your fiction writing.

One note: This is a book about fiction writing. This book is designed to help you on the road to being a professional fiction writer. This does not apply to nonfiction writers or writers of critical essays and the like.

Heinlein was talking about fiction writing. Please keep that clearly in mind.

But also, as he said, almost no one can follow these five business rules.

I hope to help you become one of the few who can.

And thus have a long fiction-writing career and fun with your writing.