So We Spent Most of the Day Working and Writing….

Which is what we do.

However, we eventually got done and headed out to look at the magnificent holiday decorations at the Bellagio. And then we went down to Mandalay Boy Hotel and Convention Center to have pizza. Way too much pizza and desert, so we spent the next hour just walking and getting our exercise steps.

Then home to watch Slow Horses.

30 Years. Wow. We mostly celebrate from the day we met in 1986, but 30 years married is something to mark. It was a fun ceremony on the top of a hill in the middle of our tree farm. Yes, we owned one and tonight we tried to remember why we bought it in the first place. It just sort of happened.

Chris and Steve York and other friends were there even though we only told them the day before. Really fun day and meal afterwards.

Two years later we sold the tree farm and bought our big house on the hill overlooking the Pacific Ocean and the next year we bought the neighbor’s house and their secondary building as well and created this fantastic three-building compound. And a couple years later we bought another neighbor’s house at the bottom of our driveway and decided to start the Master Business Class in that house.

And the entire time we had a ton of cats. Wonderful cats. A car full of them on the move from our big house outside of Eugene to the coast. Some day I’ll write about that move with Jerry Oltion driving one massive U-Haul truck, me the other massive U-Haul truck, Chris and Steve York in one car, Kathy Oltion and Kris in another. Due to some issues, we pulled into Lincoln City around 4 am.

We have been lucky and had some wonderful friends that stuck with us through all the 30 years of craziness.

And then after 23 years there on the coast, we shut down or sold our four stores, sold everything including the contents of a 17,000 square foot warehouse of books and collectables and over 100,000 comics, and moved to Las Vegas where we now live in a Penthouse condo in the downtown area. All of this while both of us were writing full time.

A fantastic 30 years of adventures and a ton of travel (the year after we were married we took 26 trips to conventions and New York.) Kris backed me when I went to play professional poker and she backed my short-lived and funny attempt to play the Senior’s Golf Tour.

Over pizza tonight we talked some about all we had jammed into the last 30 years. All the workshops, all the trips, all the adventures. Just amazing and I sure don’t see any of the craziness stopping.

So here are some pictures of the Bellagio Holiday scenes this year, all made out of flowers like the floats in the Rose Parade. Yes, the Coke bears were covered in flowers. Maybe the most stunning place in all of Vegas.

Happy day, Kris. Thanks for the fun evening and for sticking with me for 30 years. Wow. 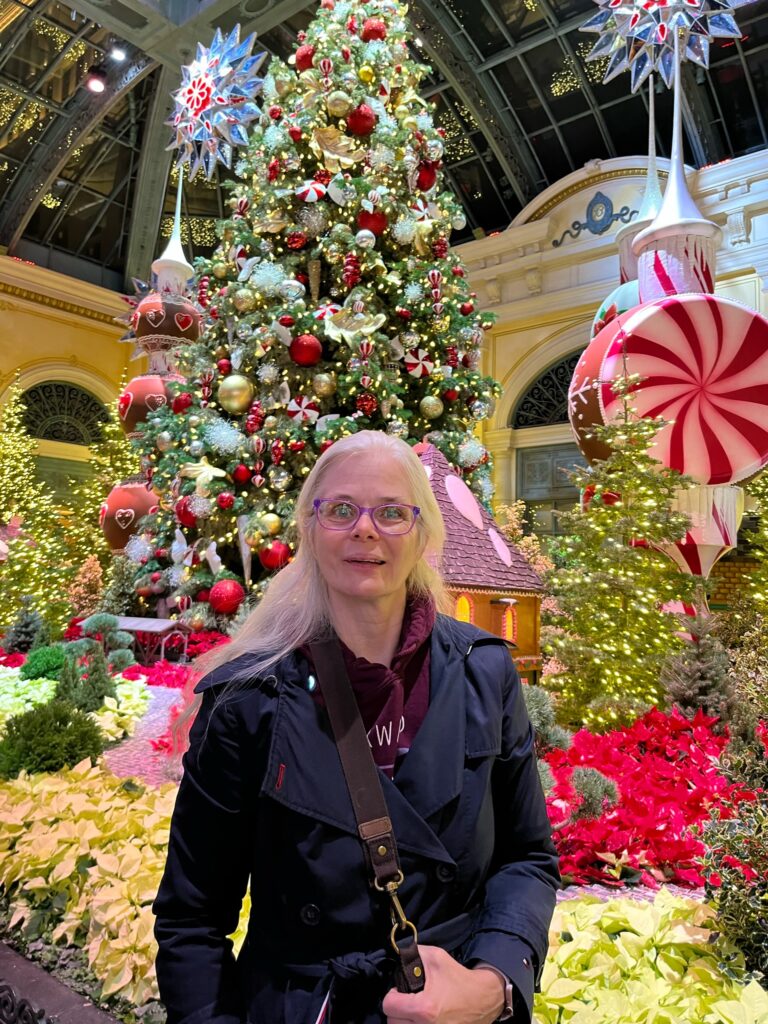 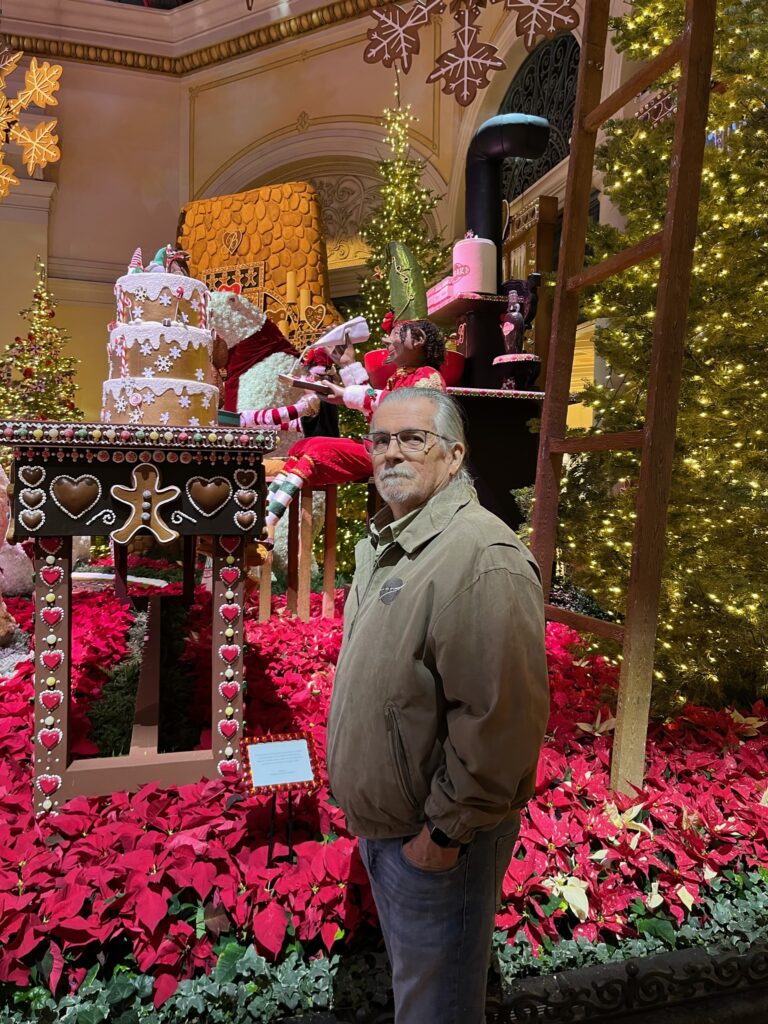 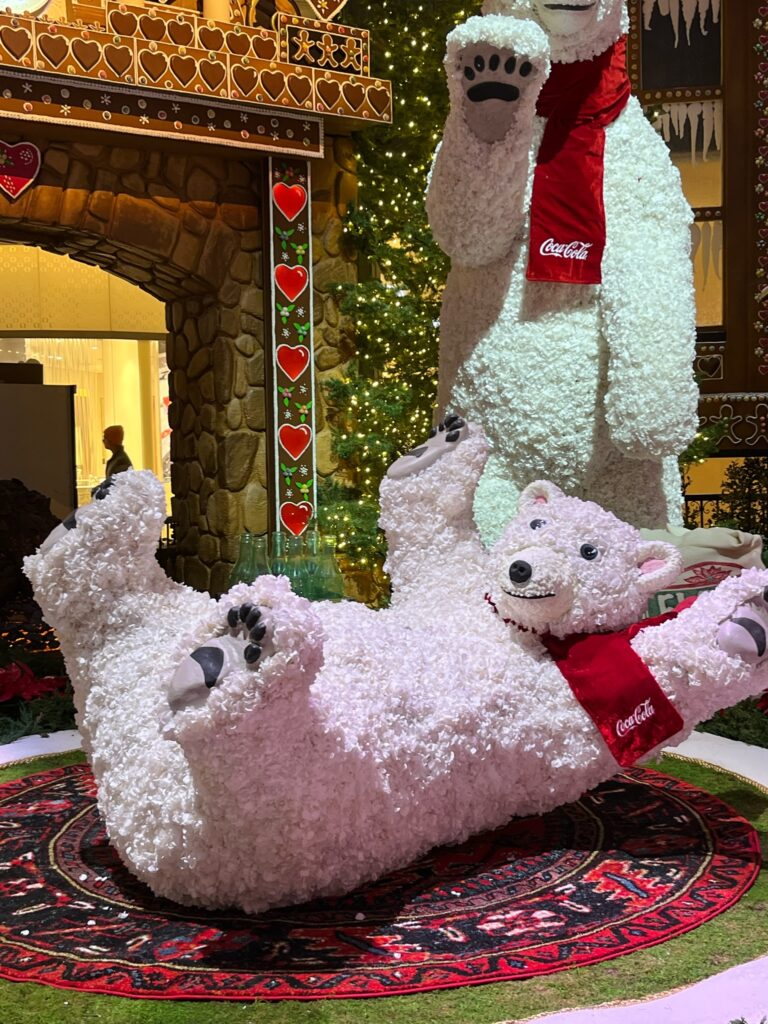