For Most Writers, It Is Always Tight…

But the question is real and wow do I remember a ton of years where I had an intense desire to learn and no money. How do you keep learning?

Now, some background on me. I went to three years of law school. I paid my way through college by playing on blackjack teams. I also tended bar and drove school bus and owned a bookstore. Yup, did all of that while going to law school.

But I was no longer playing blackjack, and was newly married. So money was tight, but I managed the same focus and intensity.

Here is how I did it…

Money or no money, you can still learn to be a fiction writer and sell on an international level if you want it bad enough. Money helps in some places. Just like money was required for me to go to law school. Learning an international art form takes respect and drive and time.

As I often say, the reason I am where I am at is because I have worked harder than anyone else. And I still do.

Why? Because I will never take what I have earned and learned for granted.

Below is a picture of me in early 1988, with an envelope with a large check in it (half advance on my first novel that was like $3,000 for the half, but was such huge money for me at the time (in my $200 apartment) that Kris and I celebrated in a hotel in New York while seeing our agents and editors for the first time. A trip we could not afford without that check.) 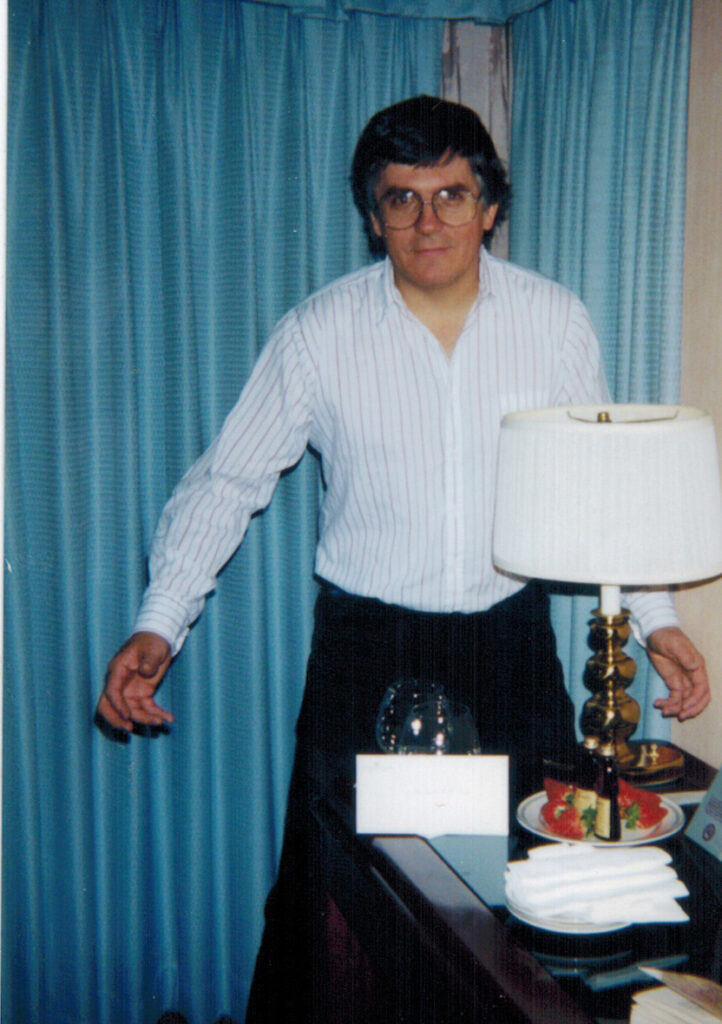