Long two-day drive from the Oregon Coast to Las Vegas. I had forgotten just how long, actually. But great to be home.

Last twenty hours of Cold Poker Gang Kickstarter. And we are nearing the next stretch goal which adds another free book for everyone plus a choice of Pop-Up Writing Class worth $150. So sure hope we can make that. It would be very cool.

And thank you, everyone, for the support of my series. Means a great deal.

And one blast to the past. One of my most famous short stories, a story I have made over $20,000 on and counting is called “In the Shade of the Slowboat Man.”

I wrote it in about three hours one afternoon at a writer’s retreat on the Oregon Coast when Kris and I still lived in Eugene.

Found a picture, weirdly enough, of me in the process of writing that short story, more than likely taken by Nina Kiriki Hoffman. 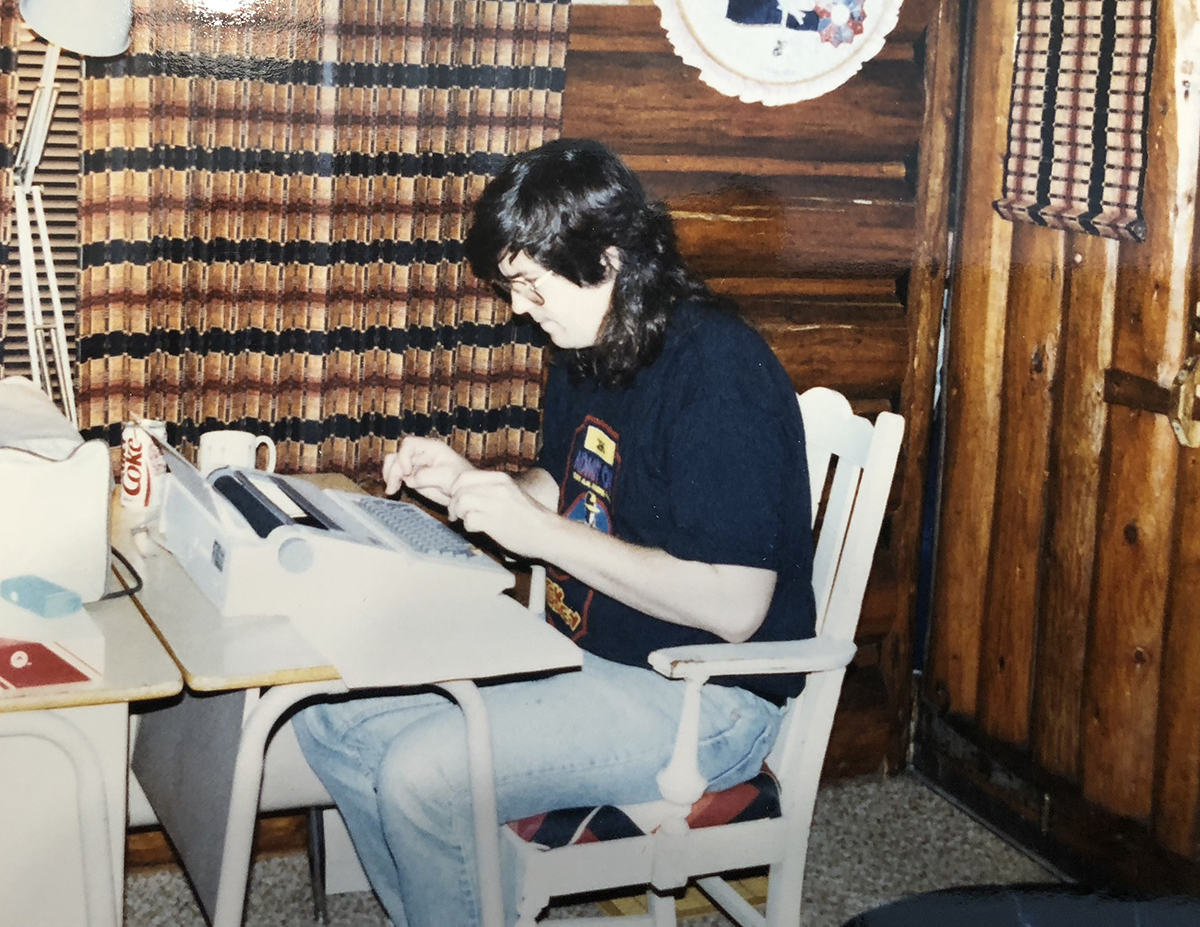