Last One Before the Big Weekend…

Every week Kris and I have been going out and doing these early-morning fun-runs for different causes. This morning was something to do with the Marines.

A platoon of clearly recruits (very young, meaning college age) or something were running at cadence and I fell in behind them and stayed with them for over a mile. Not bad for an 67-year-old guy.

I ran the last part with a 71-year-old Navy guy who served on submarines during the Vietnam War. That was interesting and he left me in the dust near the finish.

I have dropped about 22 pounds since the first one of these, but still not anywhere near back in any kind of what I would call good shape. Still carrying far, far too much weight.

Next weekend Kris and I run in the Rock and Roll runs. We are both doing a 5k on Saturday and then I am doing a half-marathon (13 plus miles) on Sunday. Starts in the evening and they shut down the entire Strip.

I will run/walk from the middle of the Strip out past the airport, turn around and go the entire distance of the Strip into downtown and Fremont Street, go around a block and then back out the Strip to the finish in front of the Mirage.

Now that will be interesting to say the least. I will be snapping pictures the entire way and still hope to break three hours.

Here is a picture of me with the dog tag medal from the run on my forehead because it wouldn’t fit over my fat head. Kris is modeling hers. 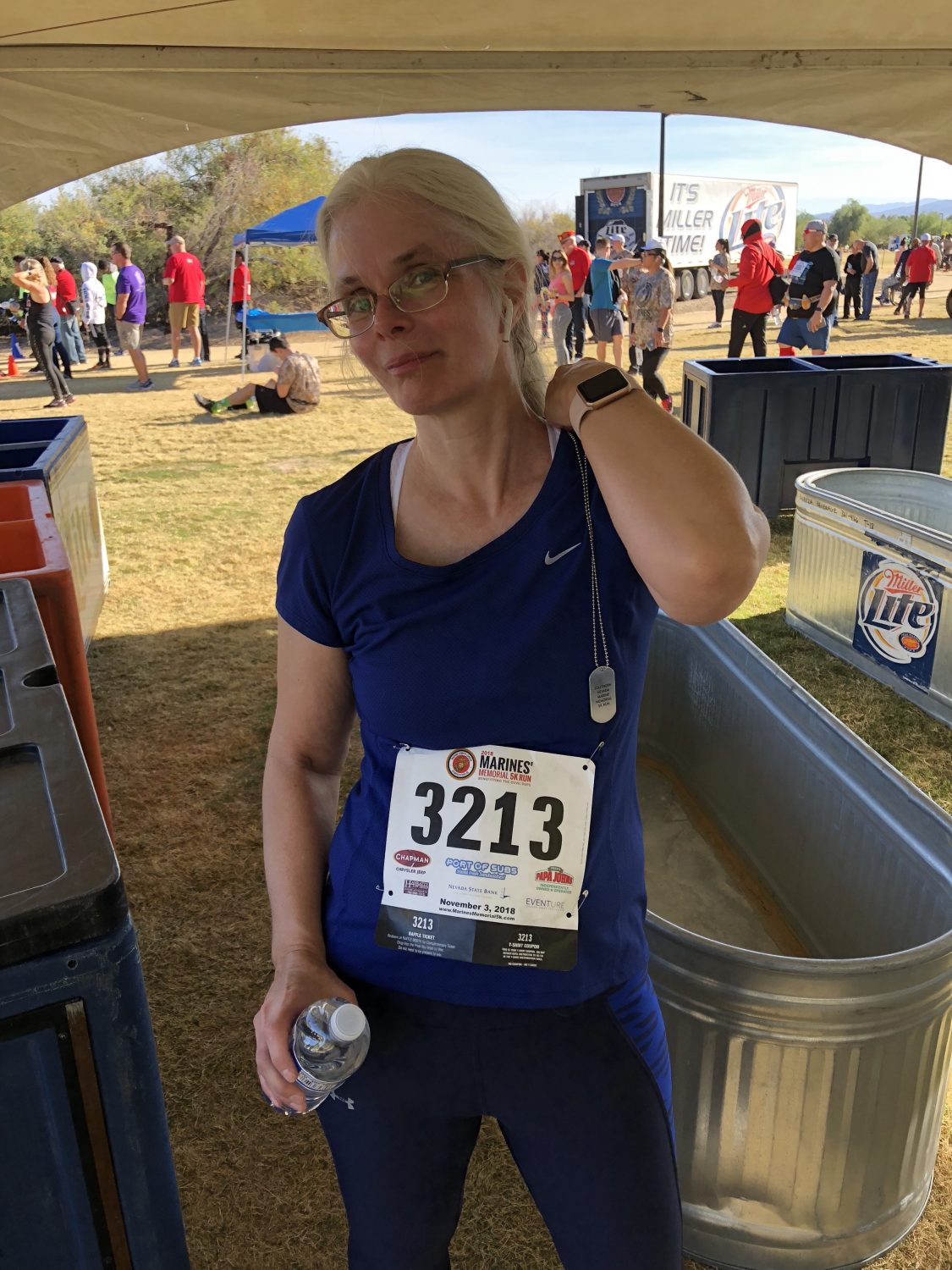 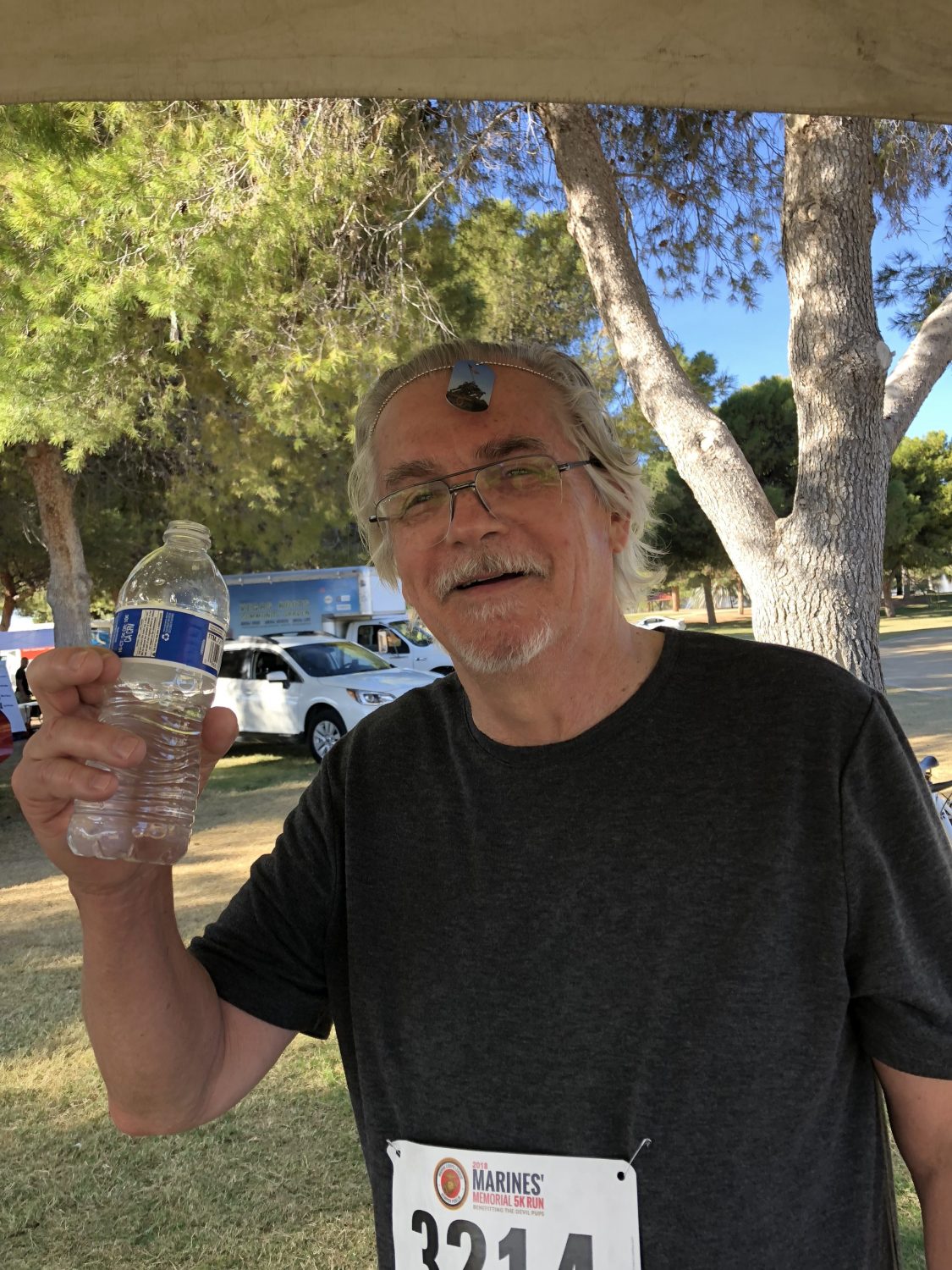