This time not only was the run for a great charity, but they were trying to set the world record for the most runners in Santa suits. Kris talked me into doing it and honestly it was amazing fun.

They furnished the Santa suits, which I wore the jacket and hat. Kris did the same.

Over 10,000 Santa runners. At one point after the start they stretched for far over a half mile down the middle of Las Vegas Blvd. I am pretty sure they sat the record.

So even though I got in late last night from the flight from Oregon and didn’t get a full night’s sleep, it was a really fun run this morning.

Christmas this first year in Vegas is looking like it will be a blast.

First picture is just a tiny part of the crowd on Fremont Street. It stretched for blocks in three directions from there. 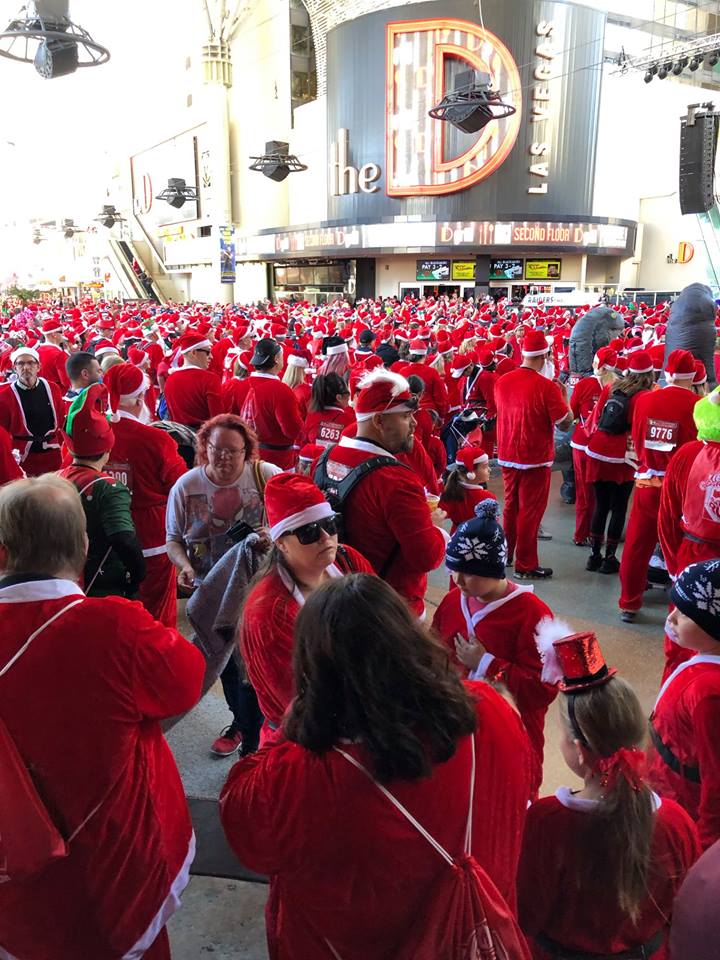 Second picture is of Kris rocking the Santa suit. 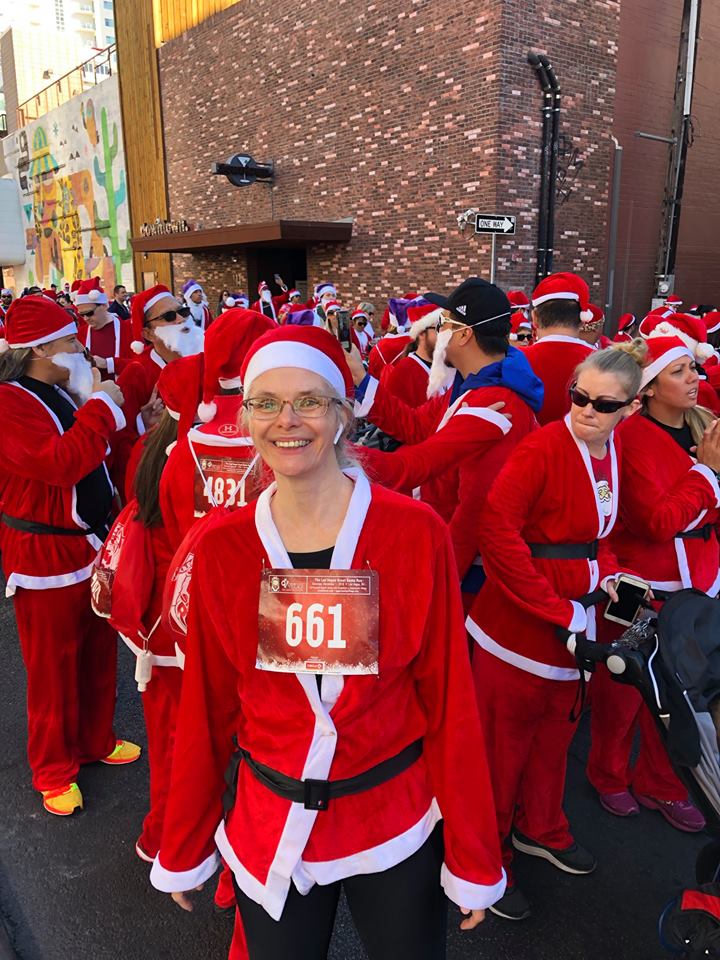 Third picture is me in a restaurant after the run being grumpy Santa. 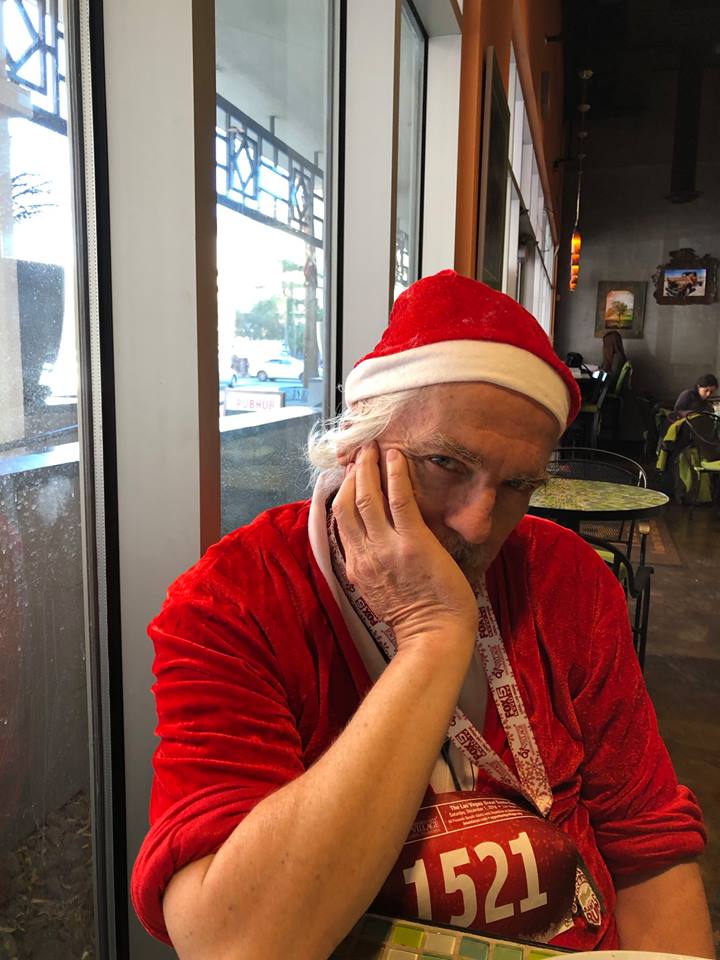