Kris and I Joined Them…

That’s right, what better thing to do than run 5K with 35,000 of your closest friends on a Saturday night in Las Vegas in the dark on narrow streets. (This was the run I fell in last year and got so badly damaged.)

And tomorrow evening is the Rock and Roll Marathon that shuts down the the entire Las Vegas Strip, from downtown to beyond the airport.

Tomorrow no one in their right mind will get in a car in Las Vegas.

Not only is the Strip completely closed from 2 pm until after 10pm for the run, but on the Strip at 7 pm is a Golden Knights hockey game, and not far from that  at the same time about half of the Democratic presidential field is having a big event at the Bellagio (also on the Strip) and then add in a huge air show out at Nellis Airforce Base that will draw over 200,000 people onto the roads out that way. (And most of them will be staying in hotels (you guessed it) on the Strip.)

Yup, it will be a wild day in Las Vegas, even by Vegas standards. And I will be running. Which means somehow I have to get up near Flamingo and find a place to park that I hope is less than mile from the starting line.

So for now here are a bunch of pictures from tonight. We had fun. We parked at the Strat, walked up to the convention grounds, then walked back afterwards to the Strat and went home to have pizza. Fun night.

We were supposed to start in Corral #11, but I think we managed to get started with #14. Not bad considering there had to be 30 or more corrals full of people behind us.

A corral in this instance is just a short way of calling a mob of 500 or so people a single name.

But this year I made it the entire way without slamming my body into the concrete. So it was a fun, but slow, run.

Picture One… Waiting to get through a gate into an area near Corral #9 that would stream us the quarter mile to the starting line. Took us twenty minutes to get through that gate and into the stream of runners. 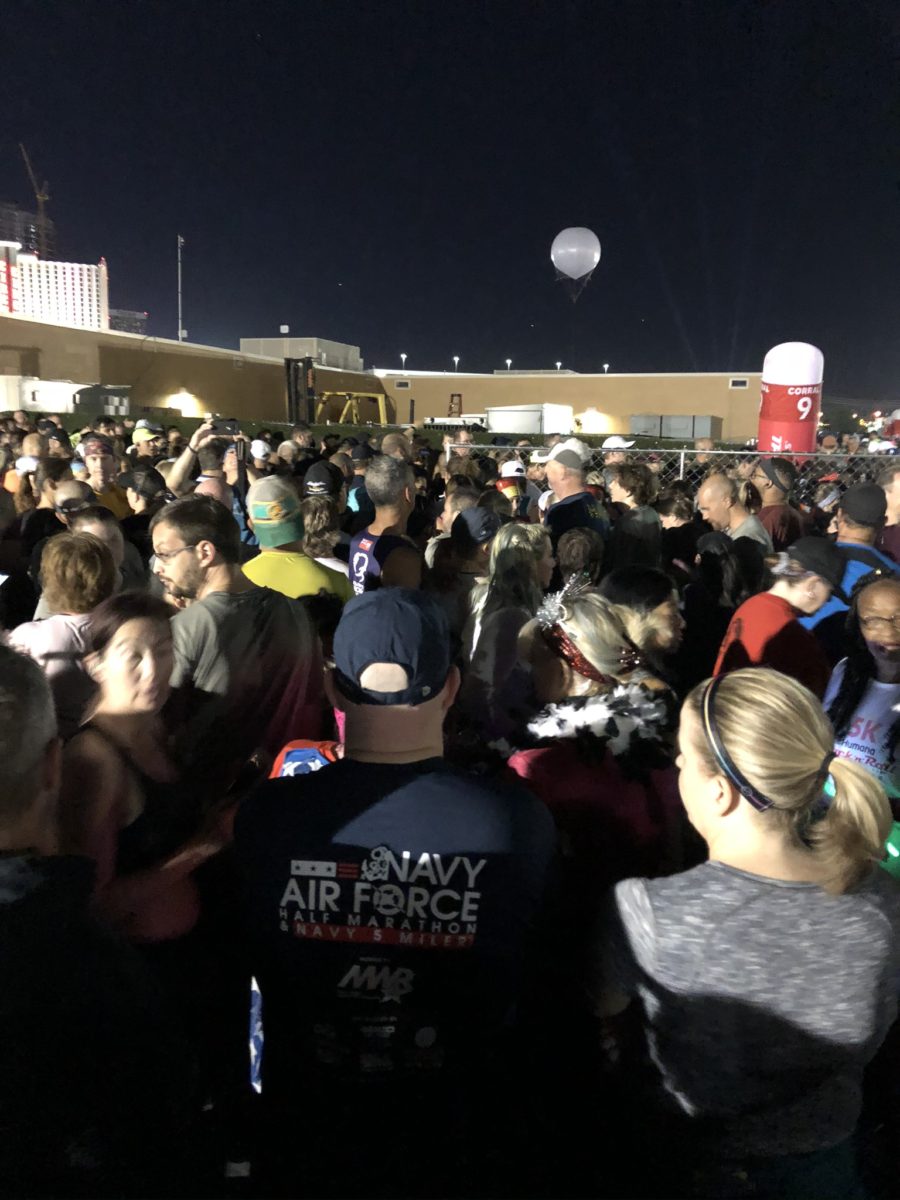 Picture Two.. A view from the same spot looking back at the thousands in other corrals and those trying to get into the stream. Notice the corrals go off into the distance. 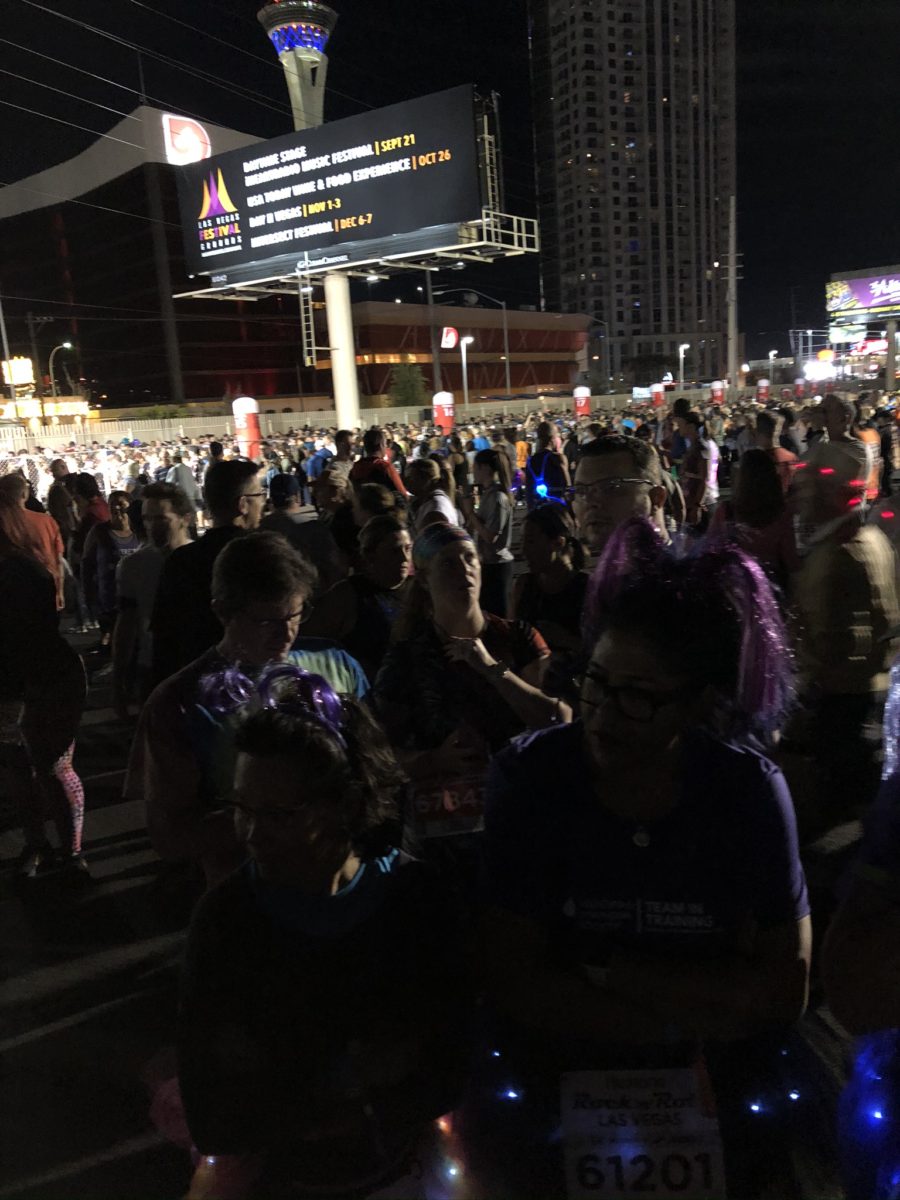 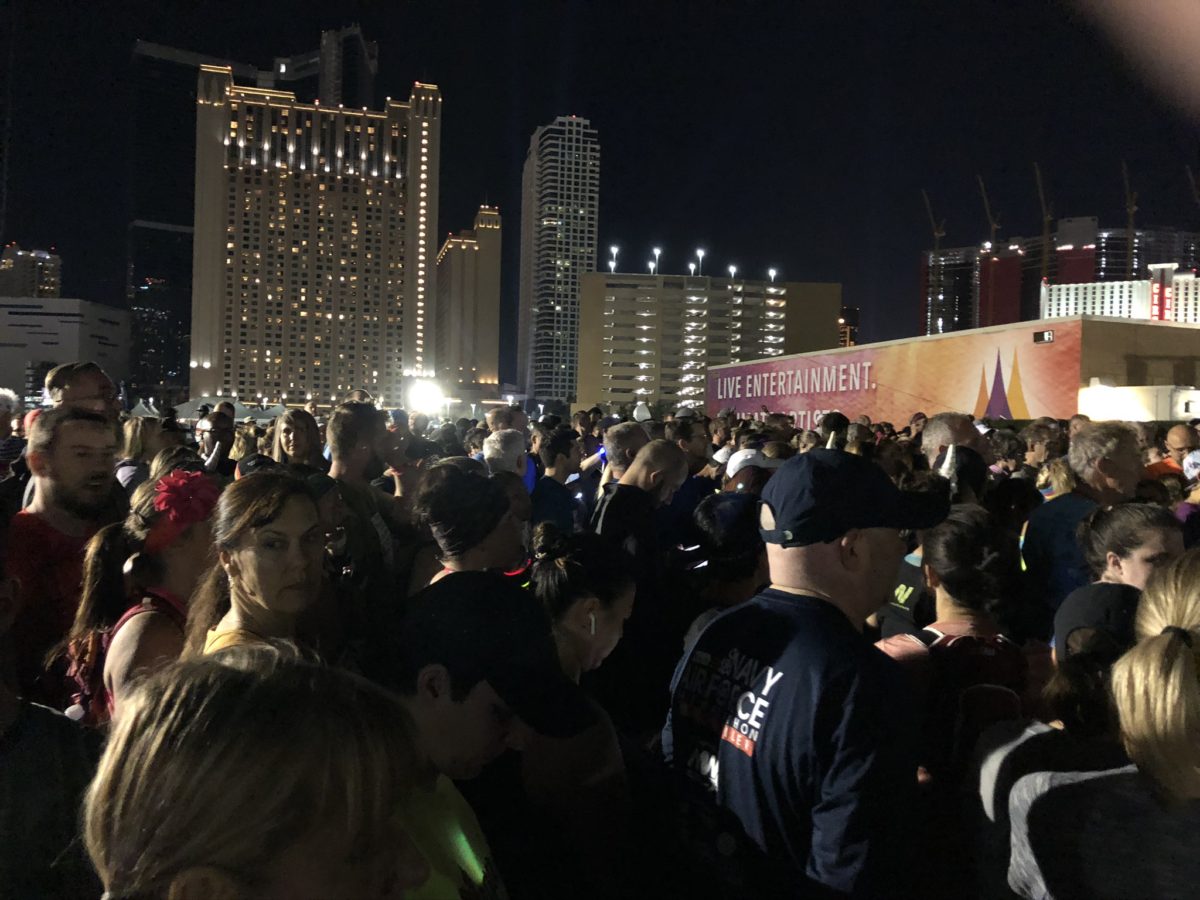 Picture Four… Looking ahead where way off in the distance is the starting line. All the people on the other side of the fence are in the stream going toward the starting line. We got there, eventually. I assume all the thousands around us did as well at some point or another. 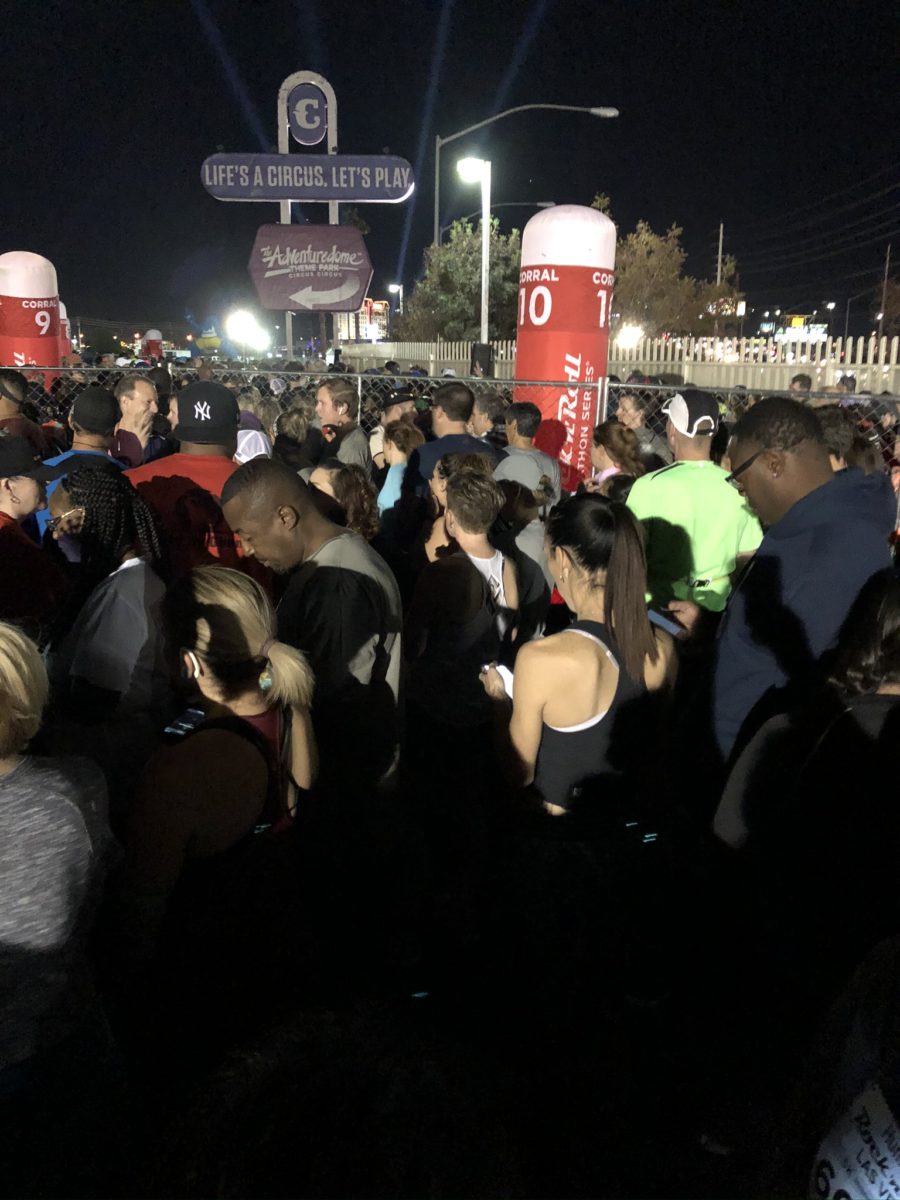 Picture Five… of Kris as we waited. 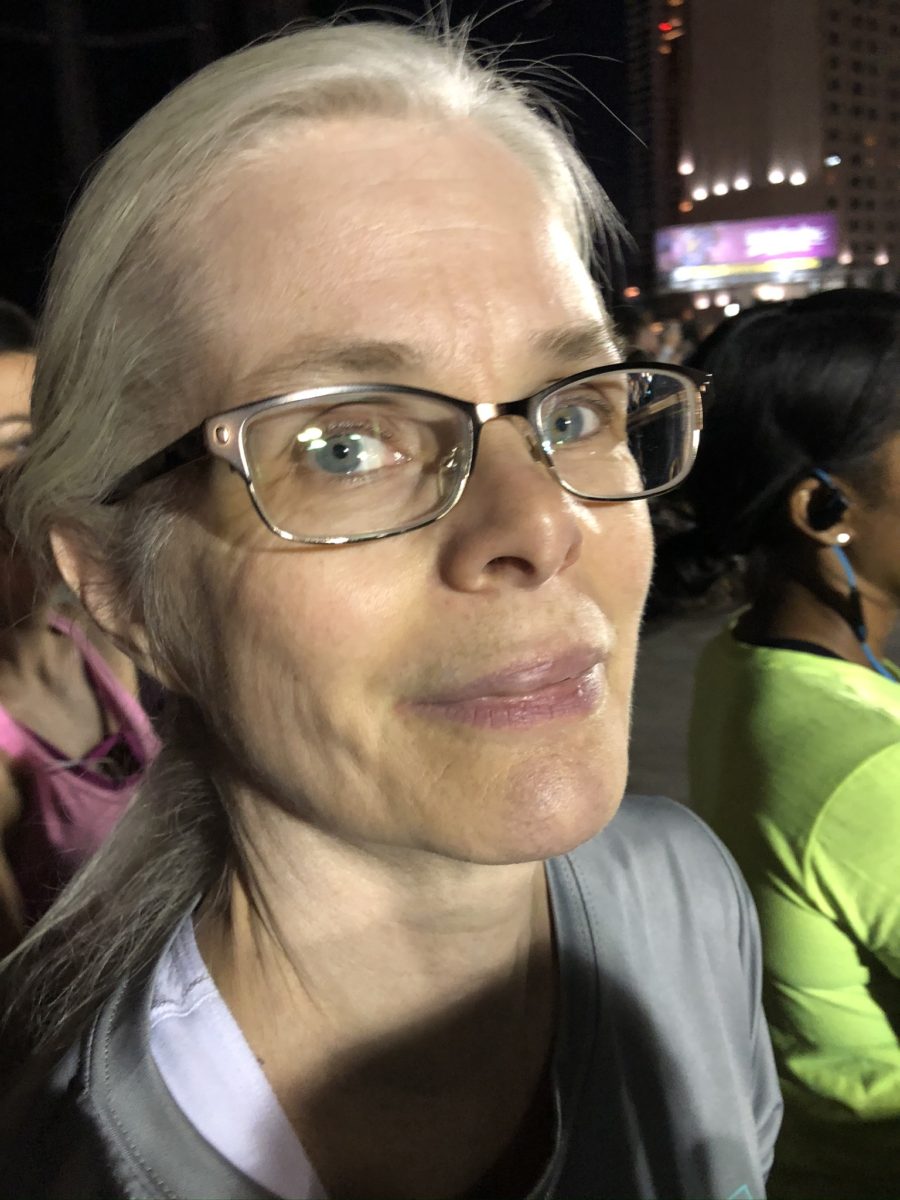 Picture Six… of me as we waited and worked our way toward the starting stream. 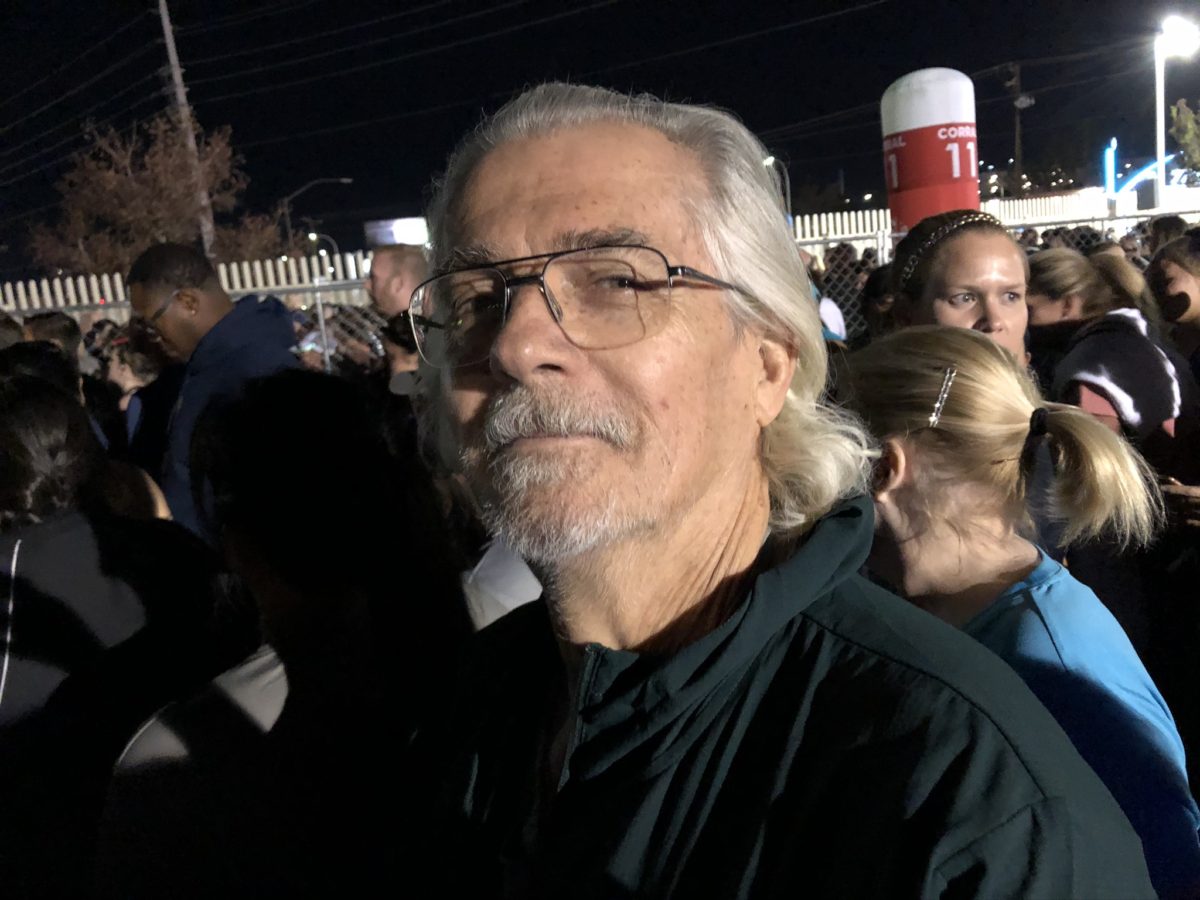 Picture Seven… And this is of Kris with her medal inside the chute after the finish line. So many people running, it takes about a hundred yard chute to spit you out. 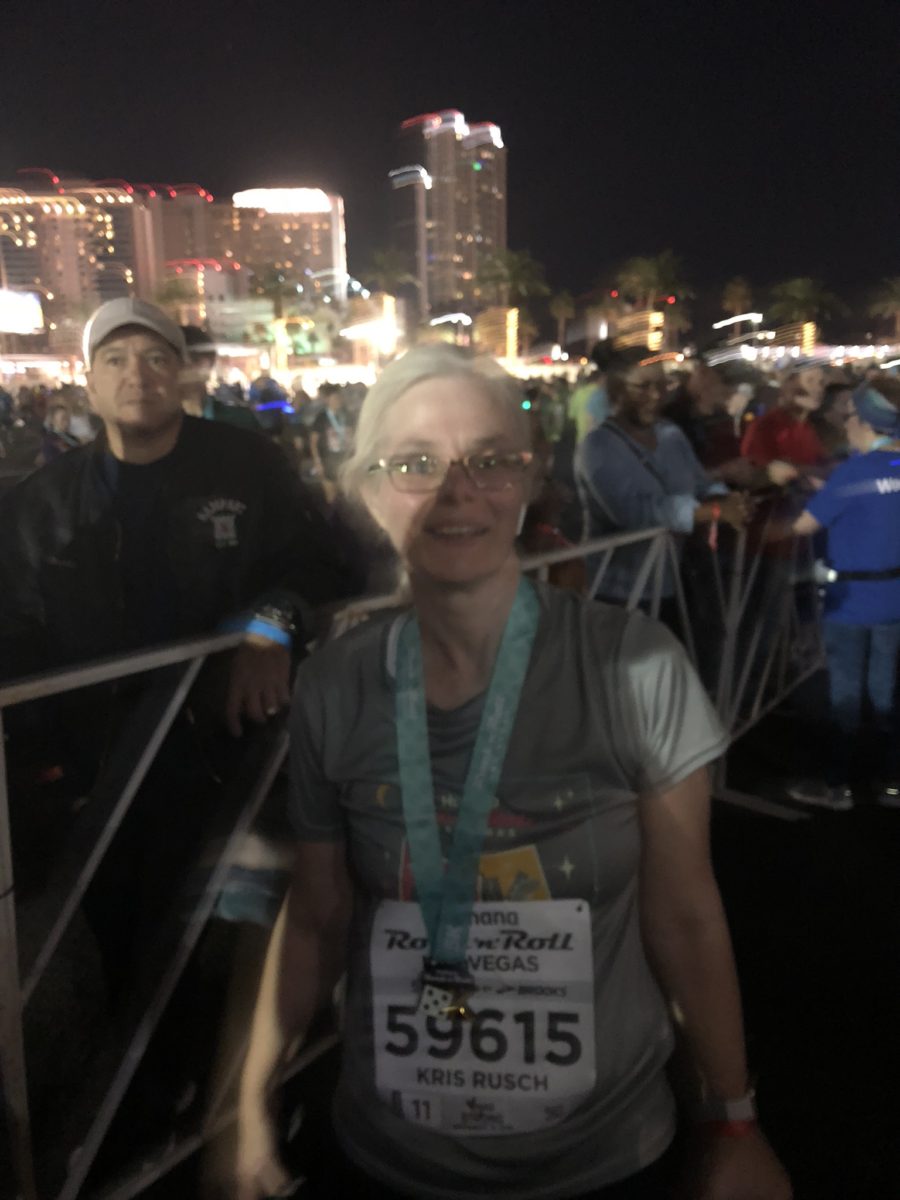 And One Last Picture… Kris took this of us as we waited in line to get into the convention grounds out on Las Vegas Blvd. We had fun and I didn’t fall down. A good Saturday night in Vegas. 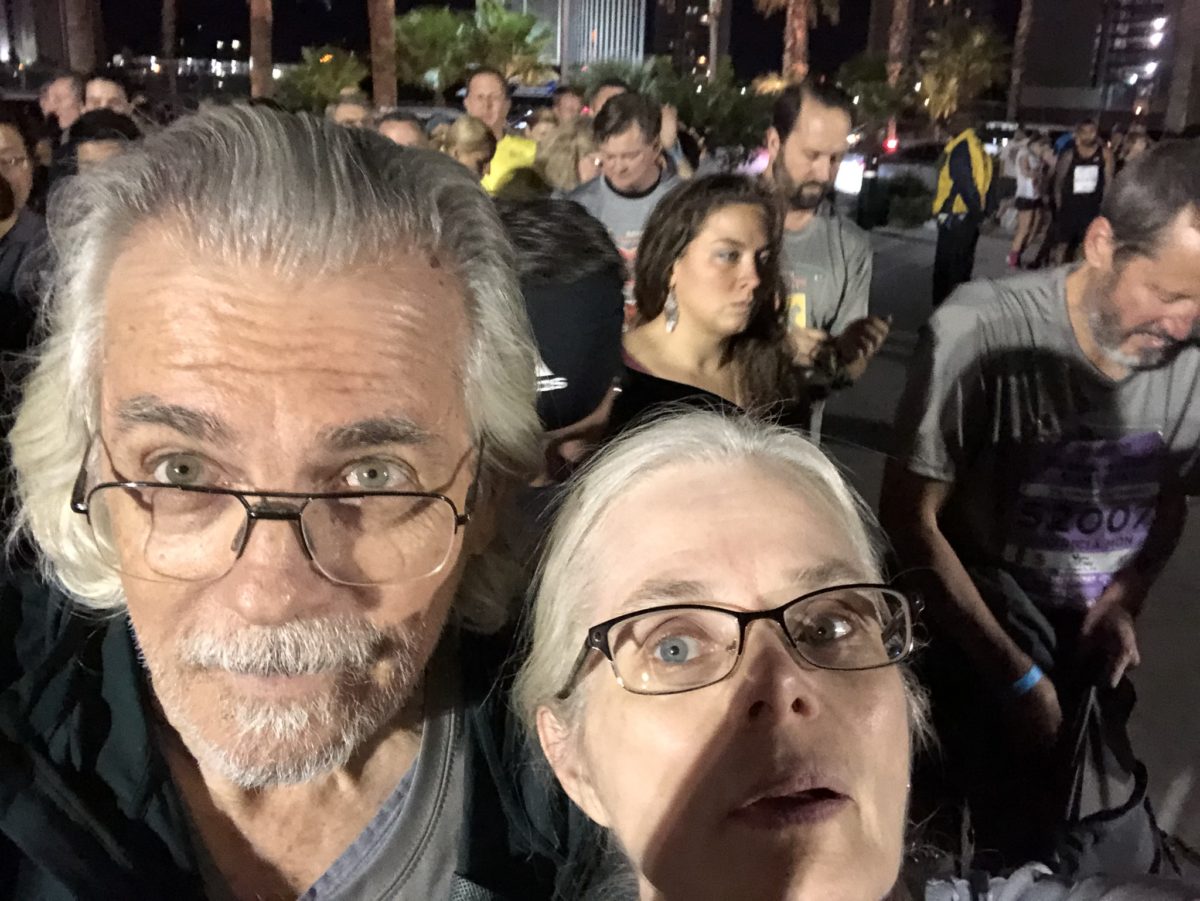