Really Worth Checking Out…

The first is a brand new series of blogs/articles from professional writer Chris York, who writes mystery and science fiction, but these days mostly really amazing cozy mystery novels under a couple of names. Chris is married to writer J. Steven York and they have been our closest writer friends for more decades than any of us care to think about. Anyone who has come to a major workshop for WMG, either on the coast or here in Vegas, knows Chris.

Anyhow, since the beginning of this year, Chris retired from her long-time day job as an accountant for a major hotel and condominium complex and started writing some really amazing articles about the different feelings a writer gets when going full time writing. Now I have been a full-time writers for three-plus decades and Chris pointed out some stuff to me in these I hadn’t realized. And made me think.

I got the chance to read these articles as she finished them all through the spring and early summer and I flat loved every one of them. They are chock-full of amazing writing and life tips.

Well finally, Chris has a year’s worth of these done and decided to do a Patreon page to put them out regularly, like once every two weeks, mixed with other content along the way.

So folks, you want an really amazing stream of wonderful articles about writing and freelancing and retiring and life, don’t miss these. You can get them regularly by backing her Patreon page at https://www.patreon.com/TsunamiZone

They just started, so you haven’t missed anything yet. And as writers, I would suggest you not miss any of these.

NOW FOR SOMETHING I REALLY WANT TO DO…

You see, something that I am pretty sure Robert forgot when he asked me into this is that I wrote stories in the 1970s and even sold some. (Yes, I am that old.) I know to most of you, the 1970s is ancient history, with strange dances and clothes. Yes, I wore some of those clothes.

And my first time into a disco was in 1974, before they became a thing. Not kidding. I was a golf professional in Palm Springs and my girlfriend at the time was a former professional stage dancer and late at night the only place to dance was a gay bar in town that was a disco. And many of her dancing partners would end up there. Great fun. I have lots of stories only appropriate for in-person settings, like in the evening after a workshop when they start back up. (grin)

So I know the 1970s. In fact, in the 1970s, I also had two wives. And it would be great fun to play up some of that 1970s special feelings in a space opera story right out of that time. In other words, I would have a blast writing it. And Robert has invited a bunch of all-star writers to join in the fun as well.

Only one problem. For me and the others to get to write our fun stories, and for you to get a chance to read them, we need your help. This is a Kickstarter Campaign and it is gaining on funding, but needs a push in the last 8 days. So go check it out.

I really, really want to get a chance to write a 1970s style sf story. So check it out and watch this short but fun video!

Picture of me in 1974 at the ripe old age of 24… Not holding a space blaster, but a two iron comes close… 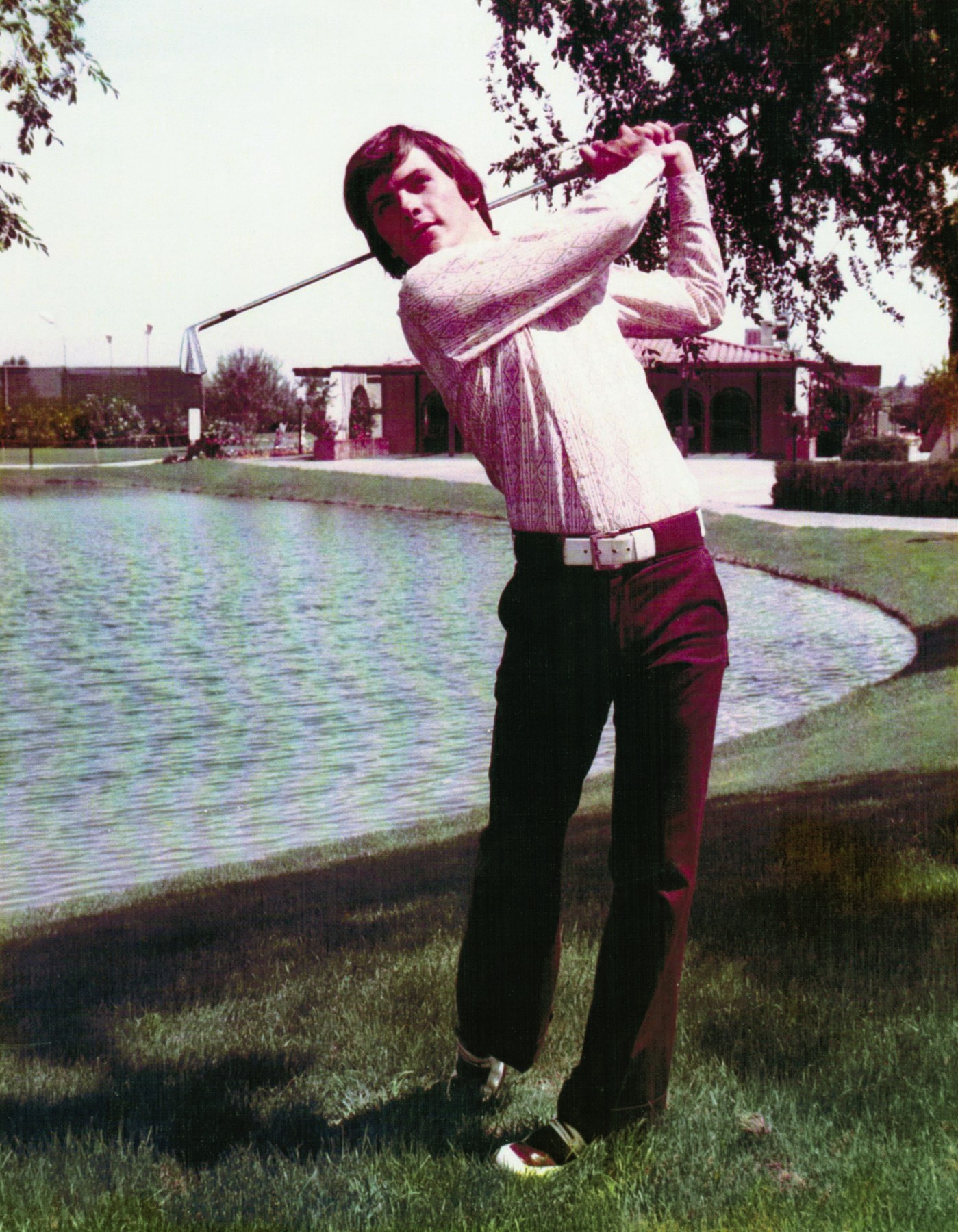