Great Friends and Fun Things to Do…

Today, because housekeepers were swarming all over our place, Kris and I got out, had a great lunch, and then spent some hours in Cowboy Christmas in the convention center. Six billion booths and people on two floors of the old massive convention center. Everything you can imagine and a bunch of stuff I couldn’t imagine. But seeing the giant booth of Yellowstone merchandise was fun with the licensing side.

We went in, walked to the back, and started back forward in a different aisle. Took hours just for that on one floor. I wanted to do the show to see how my eye functioned in that kind of over-data flow. I couldn’t see much, but enough to help Kris pick out some stuff and I did not panic or get lost or trip on someone or some thing. So total win.

We were looking for the Galaxy Press booth (if you are wondering about why they might have a booth there, you need to study up on Hubbard’s pulp career as a major western writer.) Turns out, their booth was in the monster show at the Rio that takes up three convention rooms there. And the show extends to seven other hotel convention centers around the city. I did not know that. I thought the Convention Center rooms were huge as it was.

Yes, the show is that big.

So a few hours later we met John and Emily and Sarah of Galaxy Press at a restaurant in the Art’s District and had a wonderful meal. The restaurant finally had to kick us out because we were having too much fun talking and they needed the table.

So again Vegas just gives us a ton of fun and a very clean condo for the holiday. Picture of the dinner below, taken on John’s phone by a waitress with one hand full of dirty dishes. I found it amazing, but Kris patted my hand and said, “All kids only use one hand on their phones.”

Who knew? Takes me two hands just to find a number in my contacts list.(Yes, I am that old.) 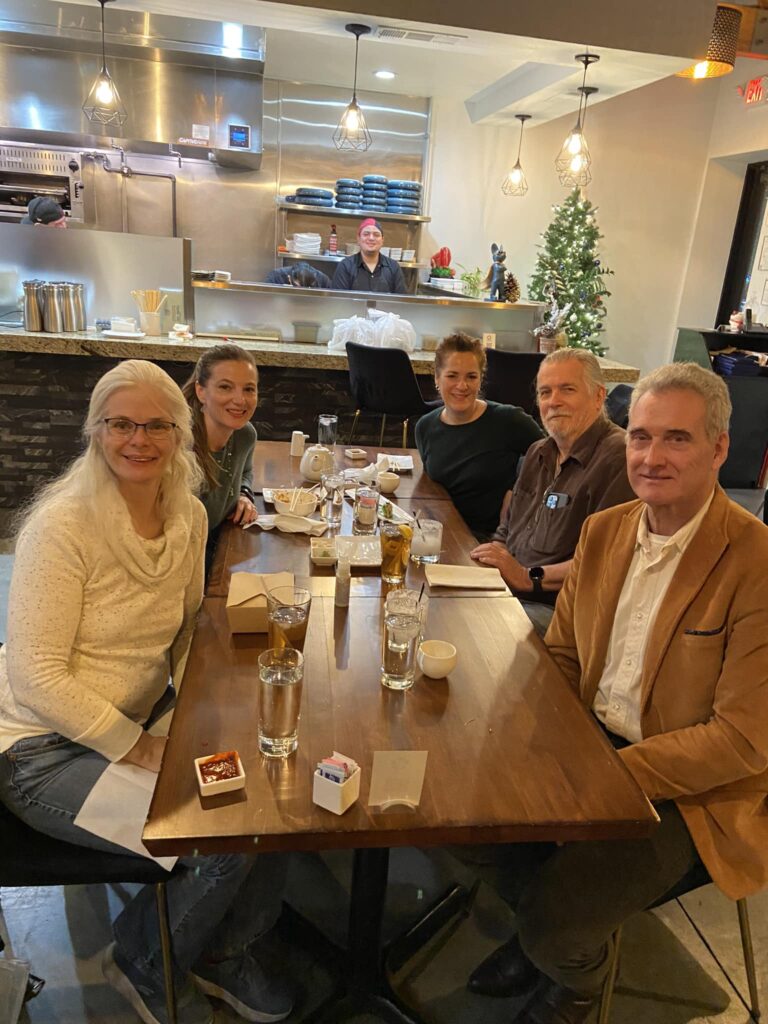