Defender of the Earth!

“Return with us now to those thrilling days of yesteryear when Real Men with ray guns and beautiful women in beguiling outfits battled hideous monsters from outer space! Return with us to the days when Captain Proton ruled the skyways!”

That is part of the back cover copy of a full novel I wrote called Star Trek: Voyager Presents Captain Proton. I wrote the novel under the name D.W. “Prof” Smith and in the style of E. E. “Doc” Smith’s Lensman series. Captain Proton, for you non-Voyager fans, was a character on the holo deck in the show. (I also wrote a book staring Dixon Hill, another character from the holo deck on Next Gen. I also wrote a Captain Proton story for Amazing Stories Magazine that was a cover story.)

The Captain Proton book was designed like an old pulp magazine, and I also wrote the four short stories inside the issue under varied names, all in the styles of great pulp writers. To say the stories and writing was over the top would be an understatement.

I had a blast.

And I have the cover framed on my wall. I happened to notice it tonight and thought that would be a really good example of not only great sales writing in the first part, but the tag “Defender of Earth” works perfectly as well. In fact, it sort of makes the entire thing.

I am betting the sales writing was done by John Ordover, the editor on the project. He and I both had far too much fun.

So I am still thinking about doing the Tags workshop. It might actually be a lot of fun for me to do. And it might help some of you have more book sales.

A picture of the cover on my wall. I trimmed out the frame and such… 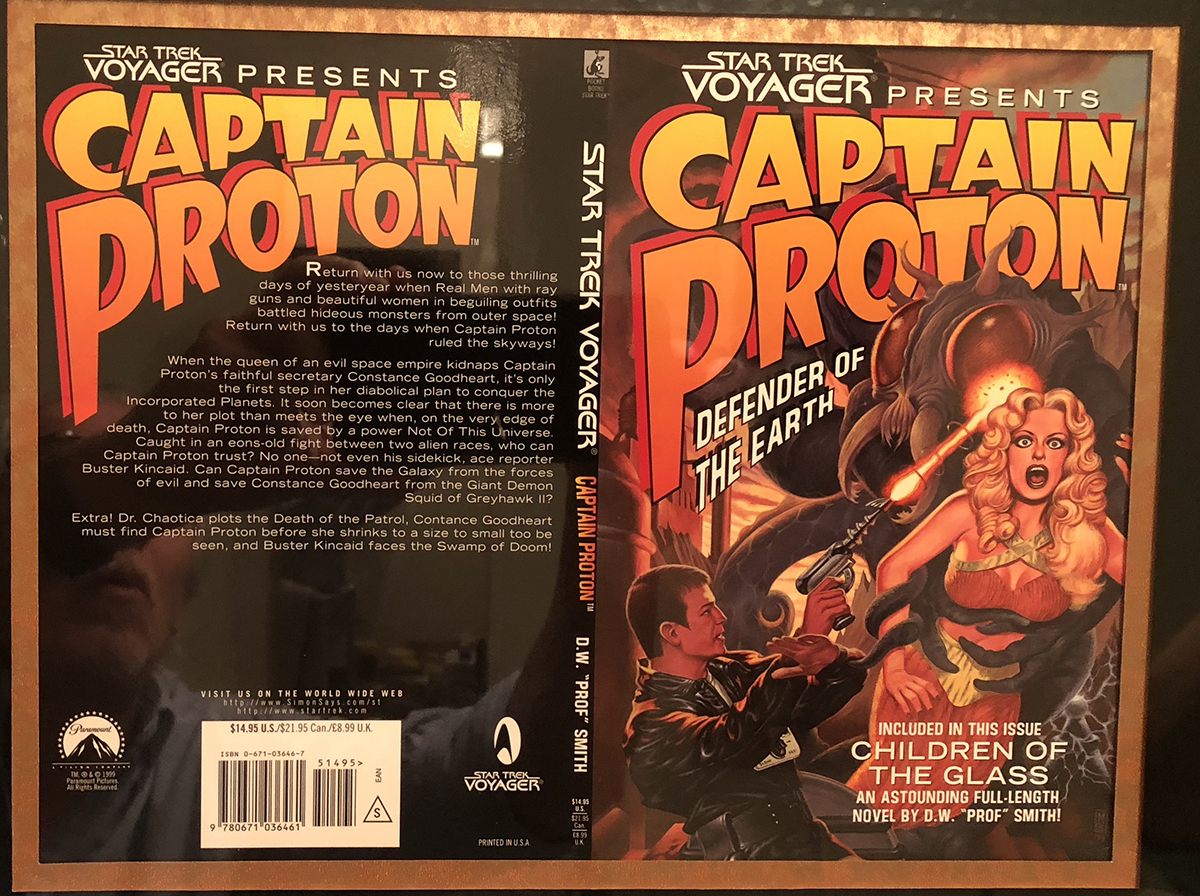