Star Fall Is Out.

That’s right. Remember the novel I finished about two weeks ago? Star Fall: A Seeders Universe Novel? Remember, I wanted to write it in seven days and failed to ten days? (grin)

That book is now available as I promised it would be. The official publication date isn’t until November, but at the moment it is available in a fantastic bundle called The Extreme Science Fiction Bundle.

Also notice that in this bundle there is a fantastic Retrieval Artist novel called Extremes by Kris.

And also an amazing volume of Fiction River: Risk Takers. I edited that and it is a fantastic example of a Fiction River volume. Grab the bundle, check out Risk Takers, and then check out the last four days of the to get not only deals on Fiction River subscriptions, but deals on online workshops and lectures.

October workshops all have room. Lots of room. (They are not included in the Fiction River subscription drive workshops. Those start in November.)

Any questions about the new Point of View Online Workshop feel free to ask. It’s going to be a really fun one.

The Writing of Starburst: A Seeders Universe Novel 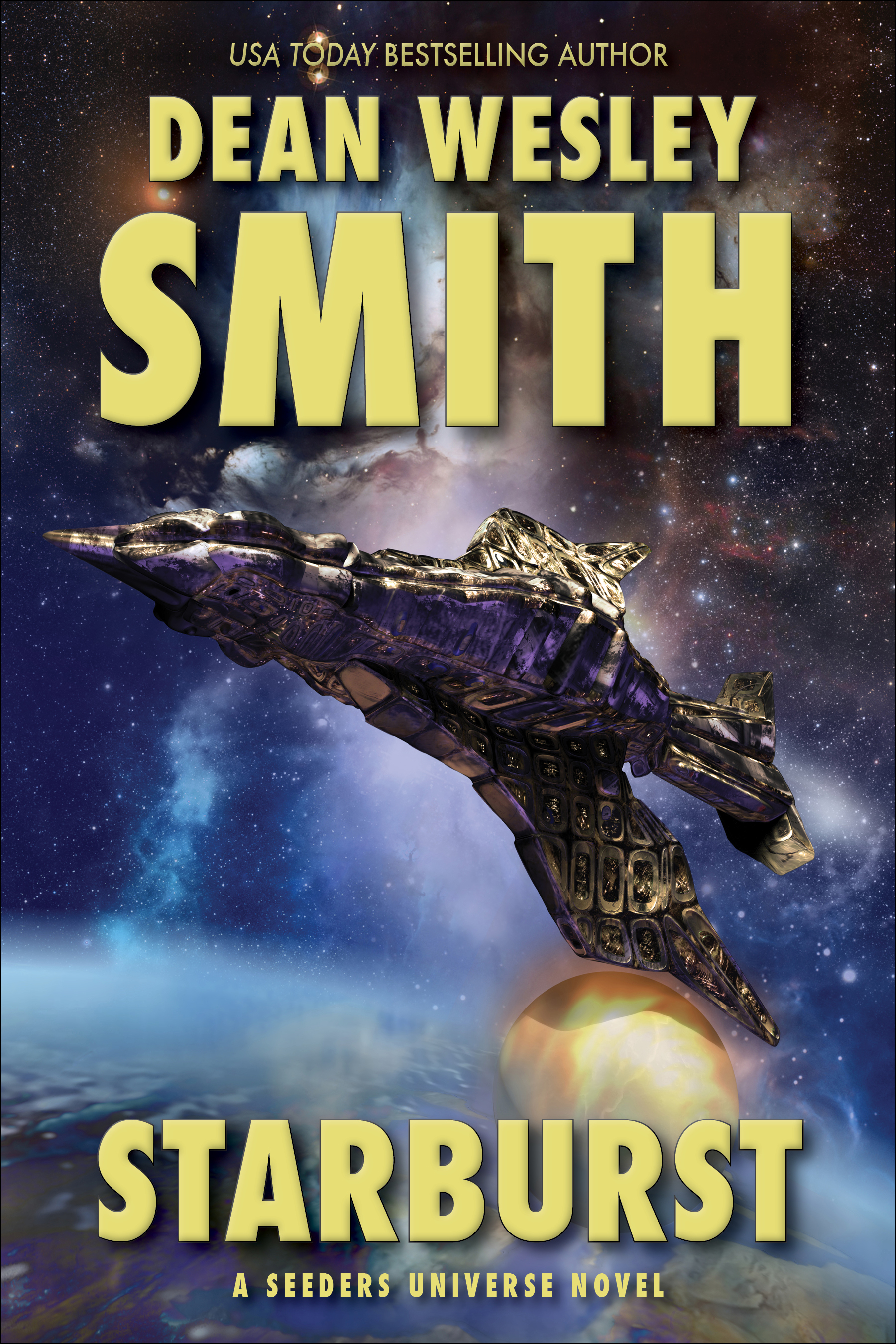 I started the book last night, slowly. Got 2,000 words done.

Then tonight I got another 1,000 words which I found stunning considering the day.

The Starburst program in the Seeders Universe was mentioned in the novel that is in the bundle called Star Fall.

The Seeders Universe spans more galaxies than I want to think about. Actually, their huge ships (larger than our moon and shaped like a bird in flight) travel so fast, galaxies go past like fence posts. I always wanted to take a human society up to that level and am having a blast doing just that.

And yet I tell the stories on a human level. So if you really love galaxy-spanning science fiction, which hasn’t been done much in this modern world, try out these books. Star Fall in the bundle will give you a real sense of the world.

And nifty, huh, that an artist did the ship on this Starburst cover and the Star Fall cover to show the ships.

Stunning how well it is doing. We actually hit the third stretch goal yesterday. Thank you, everyone!!

That means that everyone who is supporting the Kickstarter subscription drive will get three extra books now. And with five days left, we would love to get to that 4th extra free book for all supporters. So pass the word if you don’t mind.