Much Harder to Say Than Do…

But this week at the Writers of the Future I heard a lot of fantastic stories about success because the writer just kept pounding the markets.

I remember that when I started out. From 1974 until 1982, stories out, no sales. And then I started following Heinlein’s Rules and sales started. First year I sold six short stories. (One to Writers of the Future.)

But I wrote 44 and had them all in the mail. All the time.

If a manuscript was rejected, I sent it back out often within hours.

So rejection was a way of life. I put all the rejections in big scrap books, the form rejections, the nice letters, and a few really nasty letters as well. I wrote 43 stories the next year and had all of them, plus all the ones from the previous year still in the mail. Sold about seven more.

I kept every story in the mail. Sold one on the 22nd time out for 10 cents per word after 21 rejections. I have been rejected by Asimov’s Fiction Magazine exactly 250 times. Rejections from all four of the editors that have been there since the magazine started.

I wrote the short story “In the Shade of the Slowboat Man” for an invite anthology and the editor said it didn’t fit and rejected it and it now is my bestselling story ever and was on the Nebular ballot and has been optioned numbers of times for movies.

I know rejection and how little it really means. But most new writers do not understand that.

So it felt wonderful this last week to be around new writers who had pounded the Writers of the Future contest every quarter, sometimes for years before breaking through. No one likes rejections, but there were no whiners that I heard complaining how they couldn’t write because they were afraid of rejection. In fact, it was the other way around. For some reason, the rejections kept this group of writers working and learning and submitting more and more.

An impressive bunch of writers and I wish I could have gotten to know them better before they all scattered out to the winds.

Here’s are some pictures of me talking with the writers one day. And a picture below that of John Goodwin and Bob Eggleton standing in the hand of the robot from Bob’s painting. I got to write the story around the painting. Story is in the book. I have a great picture of me and Larry Elmore in that same grasp. Wonderful fun.

Bottom picture, almost too small to see is of all the winners and judges for both contests. I am standing beside Todd McCaffery in the back row, right behind and between Bob Eggleton and Orson Scott Card. 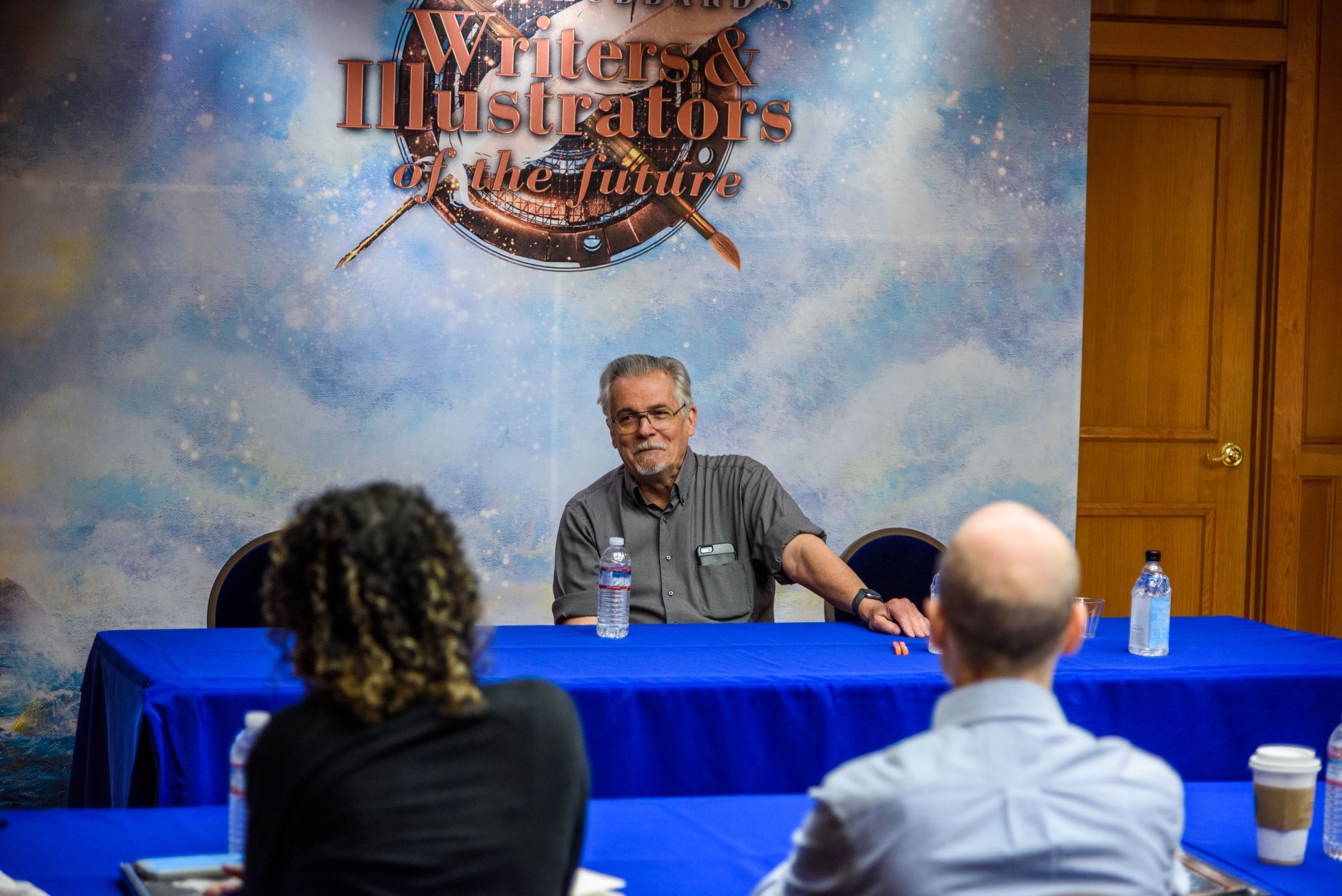 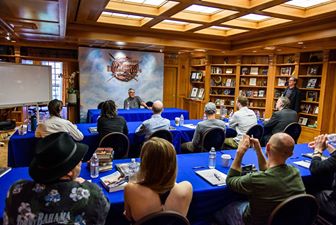 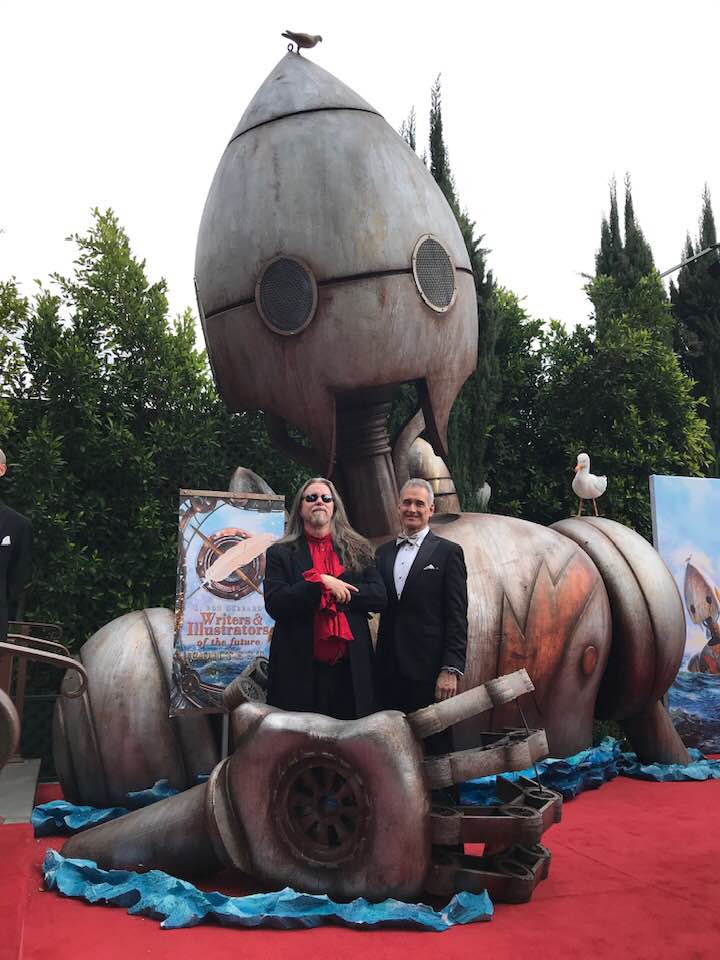