Actually Only One Photo Is Needed…

About fourteen writers from the anthology workshop got up early and went out to run. Plus about five writers to cheer us on. Super fun. We had doughnuts waiting for us back in the anthology suite in the hotel for when we got done running and before we started into the workshop.

The run was a 5k charity run with lots of celebs and others from around Vegas out to support it.

Joe Cron said we should do a group shot before the start and we got photo-bombed by two members of the Blue Man Group. (One is holding the boombox over Joe’s head. I didn’t know the other one was behind me at that moment.)

Maybe one of the most fun running photos I have seen. 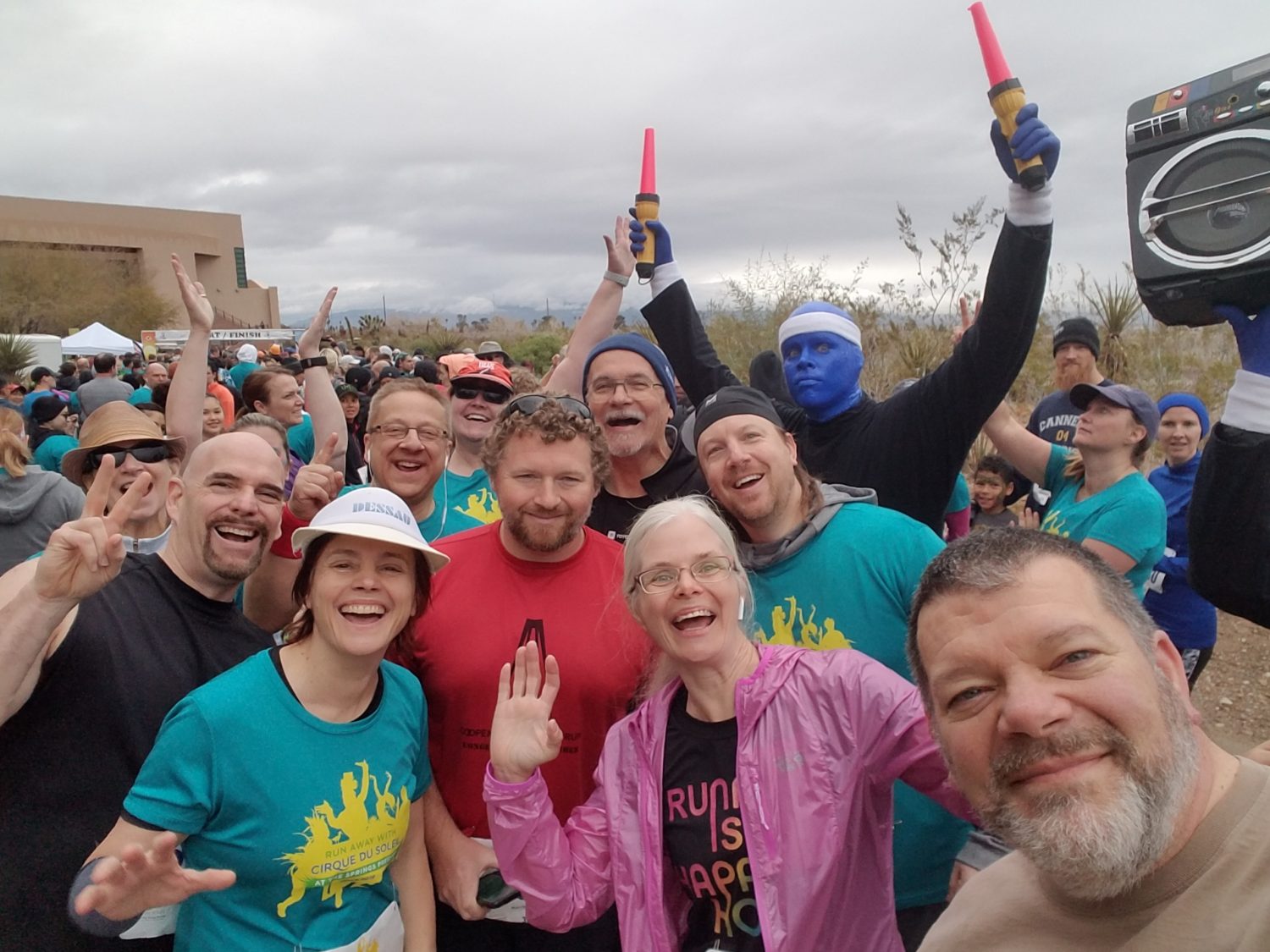