Ramping Back Up Smith’s Monthly…

So as I learned InDesign again, I not only had to do short story covers, but I had to also do the far more complex covers and interior of Smith’s Monthly, since that magazine is finally ready to return in a few months.

So in Issue #1 of Smith’s Monthly, way back, I put a book that became a prequel in my Seeder’s Universe. It had a pretty bad cover on it and I used the same awful artwork for the first issue of Smith’s Monthly.

So practicing now, I wanted to start working my way through all the back issues of the magazine, using the art from the new covers of the books included, using the new short story art I am doing (I put each cover inside each magazine with the story or with the novel.)

So Allyson designed a new cover for the novel Dust and Kisses, a prequel to my Seeder’s Universe. 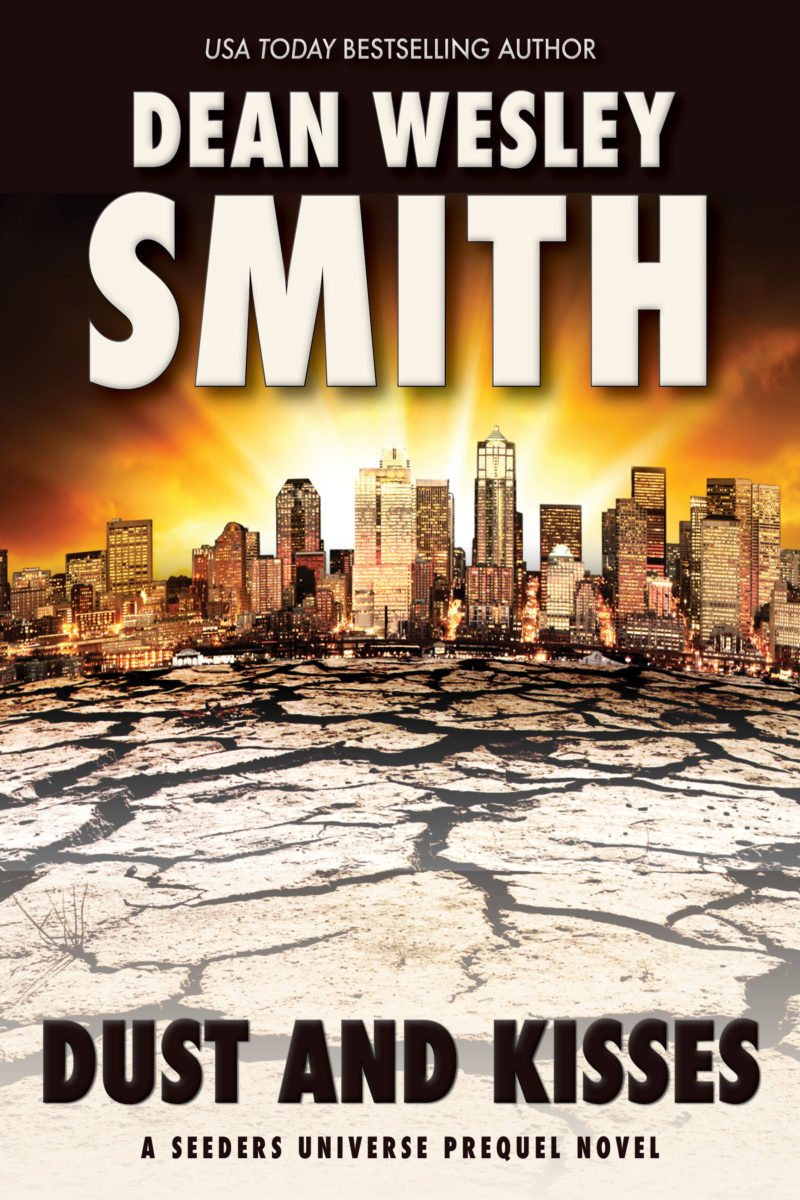 Then I used the art from the cover for my first attempt at redoing an issue of Smith’s Monthly. Here it is with the new art, spread, meaning back, spine, and front cover. (It still has the old cover for #2 on the back, but I will switch that out when I get #2 done.)

I am learning. Slowly it feels, but learning. Smith’s Monthly subscribers and Patreon folks, almost there. Hang on just a tab bit longer. 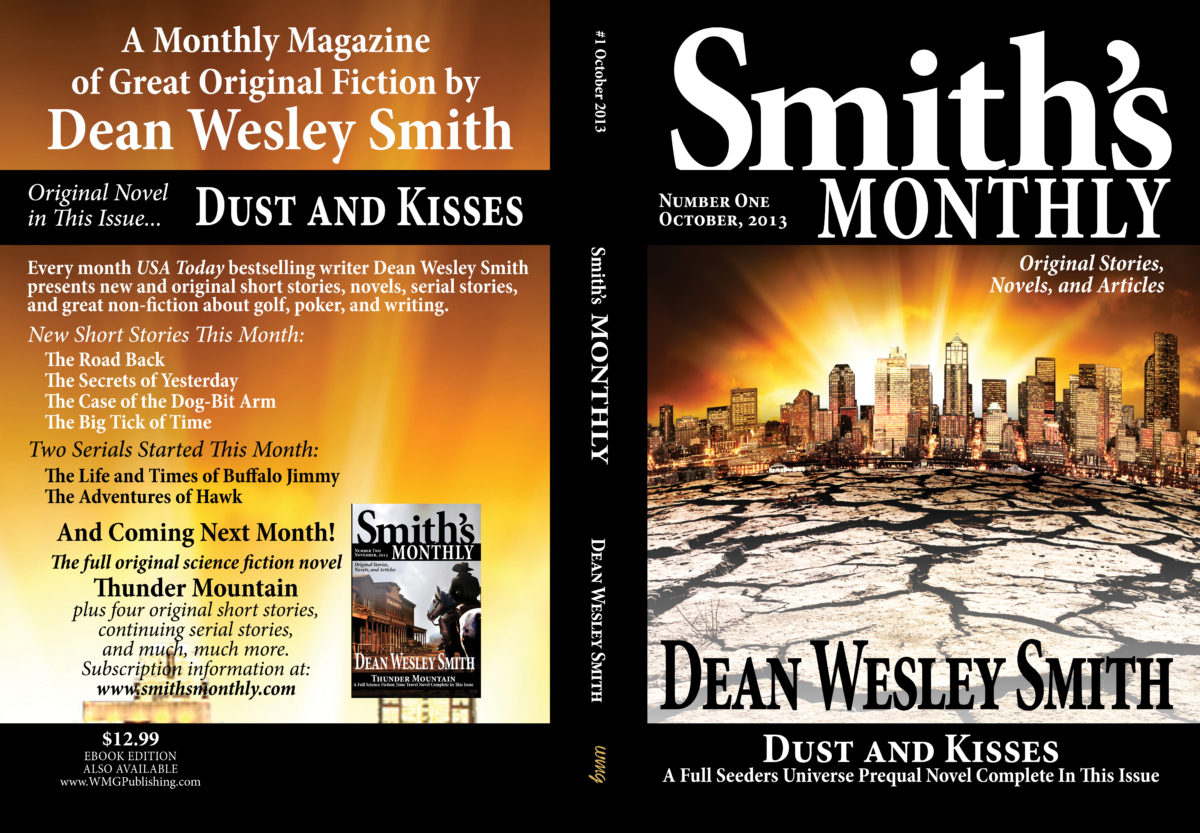