Chapter One: Day One

I will be returning here numbers of times during the day to update this chapter. That way I don’t miss anything along the way. At least I hope I don’t.

Also, I will be able to talk about my moods, what I am thinking about something. Much better than trying to recreate the entire day at the end, when I am tired. So onward with this.

Day One, Entry One

11:10 am.  Rolled out of bed just about at my normal time these days and with my breakfast bar, made it to my internet computer around noon. I worked on email for a while, then spent some time organizing my to-do list of projects that need to be done while I am writing this book. A lot of them. Yikes.

I then spent about thirty minutes on doing a few workshop things before finally at 1:37 taking a break to go put on my glasses and stare out over the city. That is what I do to rest my eye. I also had on the feed for the Mars rover landing and kept switching over to it, listening to it, and then cheering when it landed and sent back the first photo. How amazing that is!!!!

1:50 pm.  Got back into my office and instead of going forward with more internet and email stuff, I decided to go to the writing computer. Not something I would have done at this point without this challenge, so that’s an interesting point.

I spent a few minutes setting up the Word Doc file, then just started typing and ended up with 475 words on the book before I stopped. The reason I stopped even before my first cycle back through those words is that Kris will be back from our office downstairs shortly to have lunch and I wanted to do this first entry.

So it is now 2:35 pm and I have had a productive hour-and-a-half. Email caught up, a couple of Portals Collection class assignments sent back (I finished reading the stories for those last night), some workshop stuff done, and the novel started. Total win staring off.

Back with another entry later today.

3:45 pm. Got back from lunch. I had some vegan pulled pork with BBQ sauce, two hardboiled eggs, and a bit of potato salad. Yummy lunch while we watched the news. (Yes, vegan pulled pork tastes just like regular pulled pork. Amazing.) I did some more email and then worked on workshops.

4:30 pm. Headed down to our office in a condo on the main floor of this building and worked for at least an hour on moving heavy boxes of books and trying to sort things. Wow, Kris and I have published a lot of stuff over the decades. I managed to move and unload to shelves and repack for storage about ten boxes in an hour before I got tired and went upstairs to take a nap with the cats.

8:20 pm. Back in here to do this update and now headed to my writing computer for a session. Later.

9:30 pm. Started again and did another couple hundred words before heading out into kitchen to get some more tea. This is my first day back drinking tea in years and years. And I don’t drink coffee or anything else with caffeine in it, so this will be fun to back on that. Found a wonderful bottled diet iced tea, so gone through three glasses already today. Going to have to stop soon or I will never sleep.

Kris had decided to give herself a night off and she was watching the Three Musketeers movie from 1974. She loves that movie and I love it too, so, of course for the next hour I got hooked into the movie. That thing still holds up and is funny. I was a golf professional in Palm Spring when it first hit theaters and I never saw it until Kris had me watch it in the late 1980s. I think we rented the tape.

10:45 pm. Escaped the movie and got back to writing. I managed another 9oo words by a little before midnight. Took a break, then came back in here to write this update.  So now at ten after midnight I am headed back to the writing computer. Update again when the day is done.

Plus this blog is going to end up around 950 words. So between the two, just a tad under 4,000 words for the first day. I’ll take that. Starting a novel is always the slowest time for me, but without actually adding it up, feels like just over three hours of writing time.

The rest of the time was doing other things like watching a movie, moving books around, doing emails and workshop stuff.

So now I am going to shut down the writing computer and go work on workshop stuff for the next hour or so, until around 2 am, then head to watch some television for an hour to shut the brain off and head to bed around 3 am.

A pretty normal day of writing for me. No great hurry, no great urgency, I made nothing important. Just having fun with the book so far. Not clue one where it is going.

Oh, and for fun, Allyson did a cover for the book that these blogs will become if I finish this silliness. 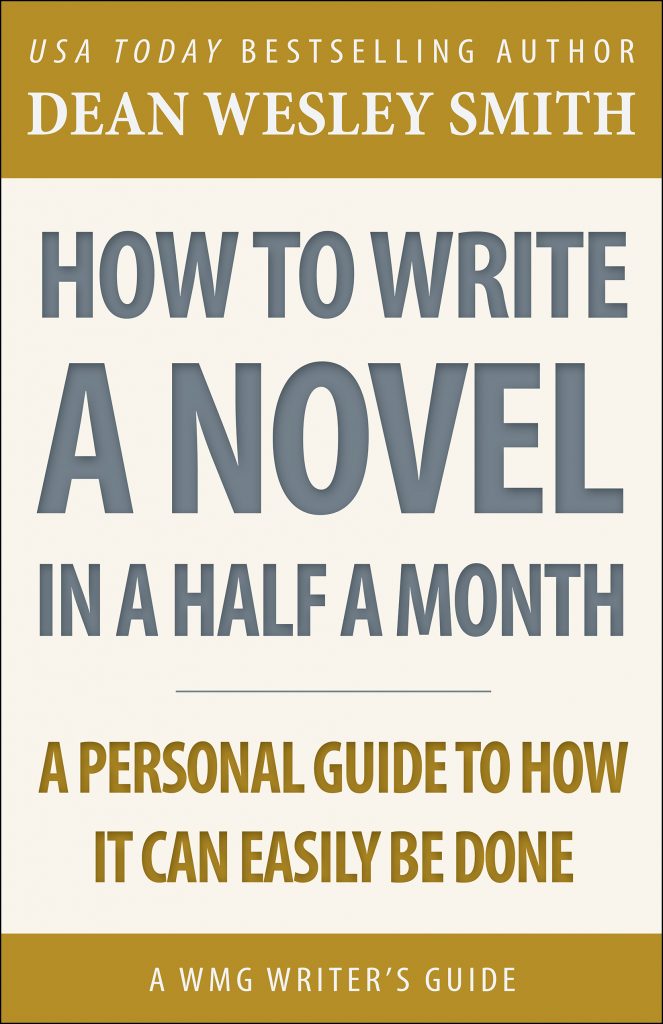