Today a new Author Earnings report came out form Hugh Howey and Data Guy. Normally these reports are amazing, especially watching the trends from quarter to quarter over the last year plus.

But this time they went even farther. They got 82% of all books sold in paper, audio, and ebook on Amazon.

And they talked a lot about the dark matter, the huge area of books that sell very, very few copies yet make up a lot of the volume on Amazon.

This report is a stunner. Take your time and read it. I’ll give a few of my opinions below in the topic of the night. But there is a lot in this report. Take your time. Study it.

Errands, then back to WMG to wash windows. Not kidding. I had picked up a bunch of signs we wanted to put in high windows and the windows hadn’t been washed since we moved into the building going on five years ago.

So I discovered I suck at washing windows, but they look a ton better than they did before. And they are done.

Then went for a walk with another writer, then back to work on stuff in the store until heading home to take a nap and cook dinner.

After e-mail, I got started on the novel again around 10:30 p.m. I managed 800 words, took a very short break and then got another 700 words before heading to watch the last two episodes of season two of Daredevil.

So a total of 3,400 tonight. Feels good and feeling easy.

Another pitch on the writing bundle.

These books will help you. How’s that for a pitch. And bundled like this, they are very reasonably priced.

Still lots of room in all of them except short story. That only has one spot left as of tonight. I worked on them over the last few days to get them ready. And recording the first Teams week tomorrow.

Topic of the Night

Author Earnings May 2016 Report just came out. If you don’t understand this report, go to the web site and see how they do what they do. They explained it pretty well again this time.

This is a must read for any author trying to make a living in publishing.

They ended up with about a million books in the data base. Wow.

Then they did what they do best and started tearing apart the numbers and presenting them in great graphs, easy for all of us to understand.

Now realize that Kris and I are in the small and medium-sized publisher category as are many of my friends. And Kris and I both have a ton of books still with traditional publishing. We are hybrid authors in all senses of the term.

And later in the report Hugh and Data Guy talk about dark matter authors who don’t sell hardly any copies. Well, a bunch of my traditional-published books fit into that, especially the ones under pen names. (Hugh and Data Guy did not try to combine pen names with authors, so for example, the five books Kris and I did under Sandy Schofield would be deep in the dark matter they talk about in traditional.)

In fact, I think I am about fifteen of the authors on their list, at least, and Kris would be about five or so.

And many of my books through WMG publishing also fall into the dark matter sales, meaning they sell few, if any copies. For example: I have about 150 short stories out as stand-alone books. Many of those sell very few copies either in paper or electronic since I sell the short story for $4.99 paper and $2.99 electronic.

But as Hugh and Data Guy so clearly point out, there is a lot of money in that dark matter area, even with very few sales. It adds up very nicely.

But what I like is that with this report, all those books I have out in various ways, selling very few copies, are now almost all counted. That makes this report that much more valuable.

And make sure you look at the charts in the appendices. Critical stuff there. Take some time and figure it out.

I know that Data Guy and Hugh would love to hear your opinions and so would I if you want to talk about it here.

One last thing. This industry owes Hugh and Data Guy a fantastic round of applause. I can’t imagine the idiocy that would have been going on without this information over the last two years. Information like this just clears away the mist and brings everything into sharp focus.

The Writing of Death Takes a Partner: A Mary Jo Assassin Novel 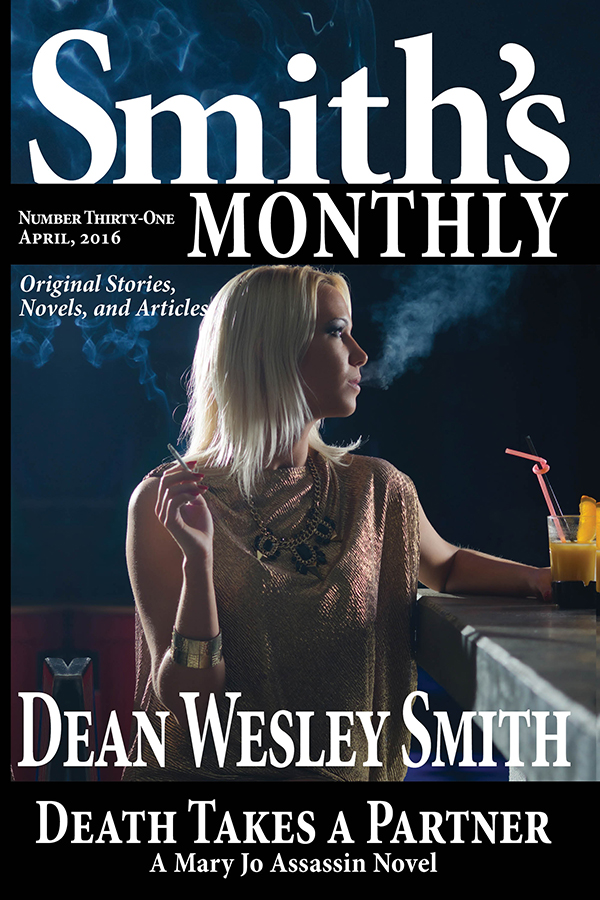 (Thirty days off between day six and day seven, then five more days away between Day 7 and 8.)

(Totals start over as normal)