In a Land Far, Far Away…

So it wasn’t the biggest world convention I had seen, but it was a ton of fun because after all those years of being at conventions, Kris and I had a lot of great friends who we only got to see at the conferences.

And at that convention, the Bantam party went above and beyond the call, busing a hundred professional science fiction writers and editors and agents way outside of town to a real old-fashioned roadhouse (without air-conditioning). Turned out to be a lot of fun for those of us who could handle the heat.

And on one fine evening, a bunch of us decided to explore downtown San Antonio by taking a river cruise around the city. Hot, but worth it because of the friends who climbed on that boat with us. Today, while sorting stuff, I found the picture taken after that cruise and it brought back the fun memories. So I thought I would share the picture.

And yes, that is the same Christine Valada who became a four-time Jeopardy Champ. She was also a lawyer married to Len Wein the great comic book writer and creator of Wolverine, among many others. (We miss you, Len.)

I think, without exaggeration, the cliche applies exactly.

That was a boatload of fun! 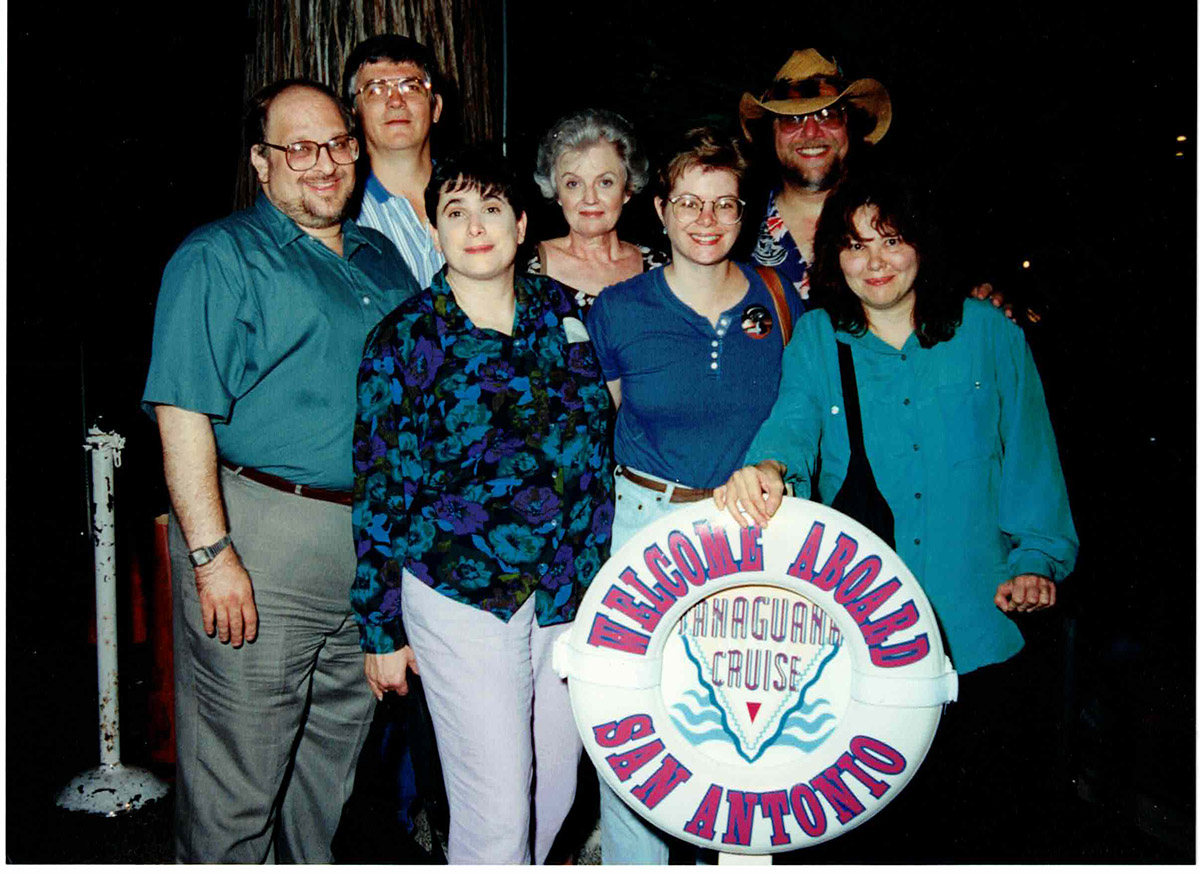