In the lecture on Heinlein’s Rules, I talk about my writing years between 1975 and 1982. But frighteningly enough, I had a couple of professions before I took up writing while in architecture and then law school. I was an avid skier and golfer, but in 1971 I quit skiing and teaching skiing and went fully to golf, turning professional in 1972.

Yeah, I know, hard to imagine me as a golf professional looking at the pictures at the top and side of this blog. But I was pretty good in those days. (I got worse every year for decades after those years. They were my peak.)

I was what was called a “trunk slammer” on some tour stops, meaning I went to the Monday morning qualifying to get into the big tournament and then when I didn’t get in, tossed my clubs in the trunk and slammed the lid and either headed for the next stop or back to my course to practice more.

In those years I was based in Palm Springs, California and actually was a head professional in 1973-74 of a country club there as well as playing tournaments occasionally. I also drank far too much, but that’s another story. (grin)

This last weekend, while in Boise visiting family and friends, I wondered into a room at my mother’s house and saw the picture below on her wall and asked her if I could take it and copy it. So this picture is a scan of a copy of a very old photograph. (The first one I put up was very faded, but wonderful Veronika from the UK grabbed it and tweaked the colors back some. Thanks!!)

Since I had a house fire in 1985 and lost everything, including all pictures, this is the only picture I have of my golf course and me back in those days. Yes, the kid in the picture was the head professional of that eighteen hole country club. (The restaurant is behind me and the tennis courts in the background.)

Thanks, mom, for the picture.

So just a glimpse into one of my earlier careers after skiing, but before architecture and writing.

Now the question is: Who stole my 1973 body? I want it back in exchange for this thing I’m limping around in now. (grin) 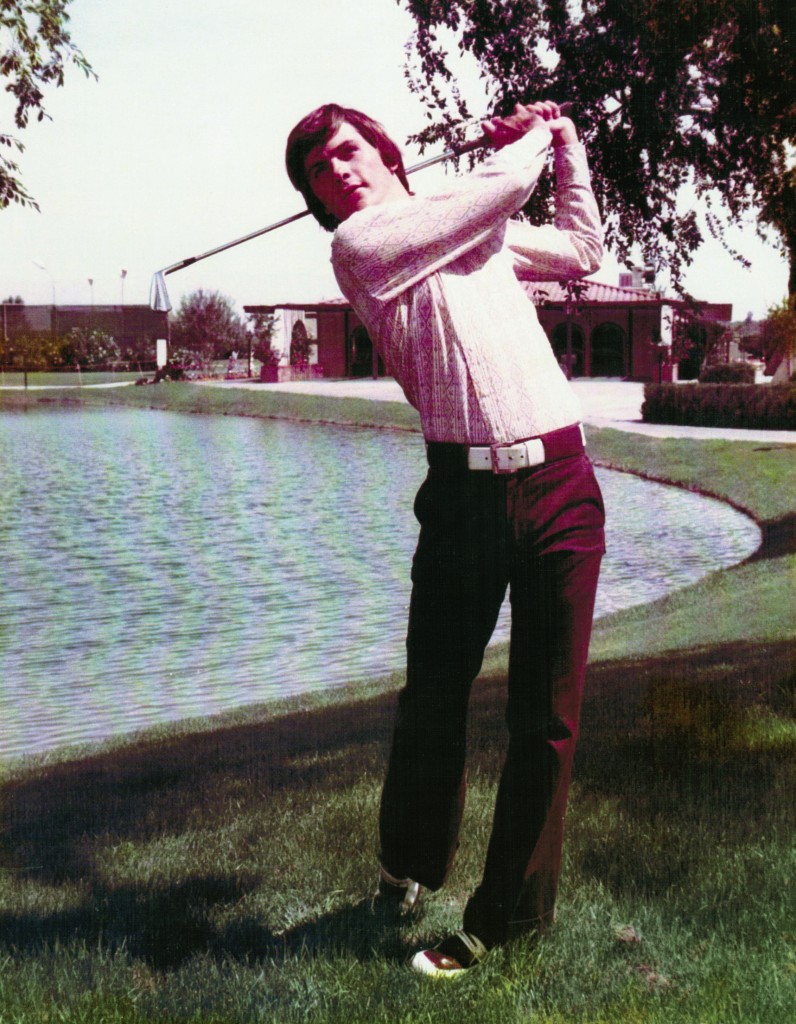