Month #2 Summary of this Writing in Public challenge. 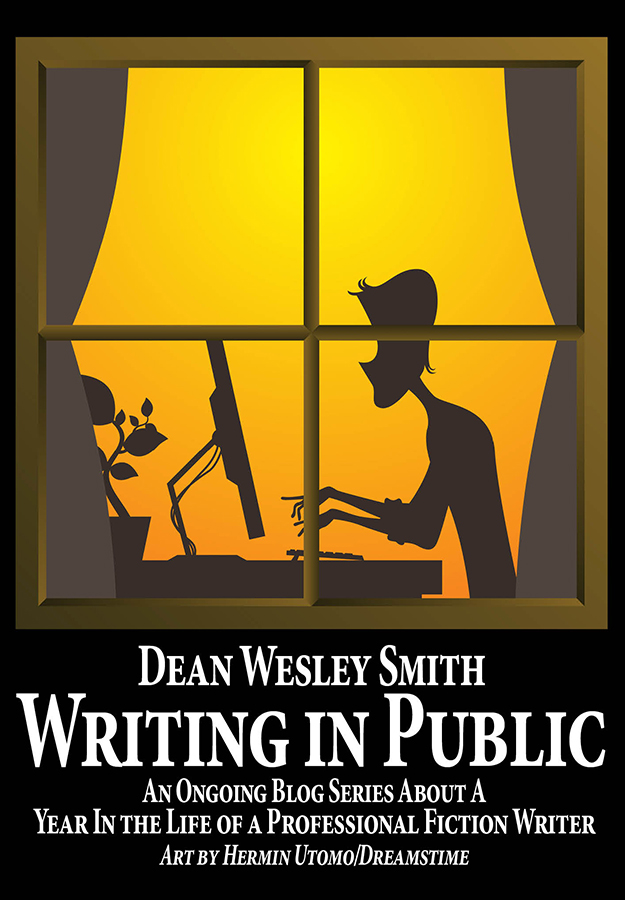 Well, this second month was more interesting for me than the first one. It was a day shorter than August, but I also didn’t travel in September. As it turned out, my numbers for the two months were very close.

I have those word counts below.

And again, even though I knew I was going to give a general summary of the day here every day, it changed my behavior not at all. Not at all.

And yes, I do read. I just didn’t sit down for three hours and read a novel this month. As Kris calls it, I’m a stealth reader. I tend to read all the time, all day, some here, some there.

And as with last month, I was very much aware that the stuff I do outside of writing, from the publishing, to the workshops, to sitting in meetings, to working on collectables and other things. All that takes up about 50-60 hours per week on average. A little more right around the first of the month.

So in other words, I have a full time day job. Now granted, I love everything about my “day” job and it mostly focuses around writing, but it isn’t time writing new words. That amount of time spent on the “day” job sort of surprised me a little, to be honest, even more this second month than it did the first.

As with August, my fiction writing pace seemed to average around 1,000 words per hour on some projects and faster as I got into novels or toward the end of short stories.

I only reported new words on everything. The amount of blog post words did not surprise me, but the amount of e-mail words did surprise me for the second month. I don’t mind at all, I just never had any reason to add them up before doing this.

I completed eleven projects in September, including four new short stories and a novel. And I got forty-some thousand words on a new novel as well that will be done early next month.

I also got the first issue of Smith’s Monthly done, which took longer than I had thought and just today, on the last day of the month, I got a proof copy back. It is cool. 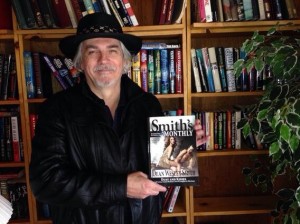 For October, just as I did with September, I’m going to start the counting over. And the project list of completed projects for the month over as well. Up under the Writing in Public tab at the top I will put the completed projects per month and links to the first and last posts of the month and to this summary post, so anyone can go back and look.

Stay tuned.  Here we go with month three. And yes, once again, I am that crazy. (grin)

—- 2nd section of the nonfiction golf book The First Tee Panic… It will be serialized in Smith’s Monthly starting with the first issue and then brought out as a short stand-alone humor book in the late Spring of 2014. (Approx. 20,000 words… About 4,000 of them will be new.) 300 new words in this second section.

—- Short Story titled “Long Shadows” It will be published in Smith’s Monthly #2 in November, then two months later put out as a stand-alone book.  Approximately 3,000 words long.

—- Short Story titled “A Night With a Forgotten God: A Poker Boy story.” It will be published in Smith’s Monthly #2 in November, then two months later put out as a stand-alone book.  Approximately 4,000 words long.

— Short Story titled “A Pity About the Delusion.” It will be published in Smith’s Monthly #2 in November, then two months later put out as a stand-alone book.  Approximately 2,600 words long.

— Short Story titled “Dreams of a Moon” finished and turned in to WMG Publishing. It will be published in Fiction River: Moonscapes to be published in February 2014. Approximately 4,700 words long.

— Full manuscript for Smith’s Monthly #1 turned in to WMG Publishing for proofing. It will be published in October 2013. Approximately 90,000 words long.

— Full manuscript for Fiction River: Moonscapes turned in to WMG Publishing. It will be published in February 2014. Approximately 70,000 words long.