A Metaphor for Publishing 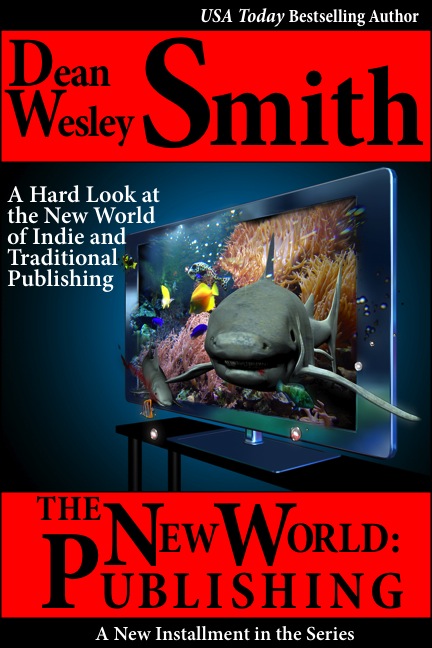 Here in the United States, July 4th is a major holiday. And I live on the Oregon Coast, which is a major tourist area and Highway 101 is the major highway out here that runs along the Pacific Ocean and right through the center of our little town.

In fact, over July 4th (and the weekend closest to it) our little 7,000 person full-time population town swells to well over 100,000 people. It is a zoo. Locals, if not working out in the zoo, buy food ahead and go home and stay out of the way.

And for some reason people think it’s cool to come here with truckloads of explosives. For some reason, that is part of the holiday I flat don’t understand. And neither do my cats.

So this afternoon, July 3rd, I had some errands to run after lunch before I could go hide. Highway 101 was jammed as expected with tens of thousands of people pouring into the coast. But suddenly there was also what seemed like every emergency vehicle in town speeding south.

What had occurred was an antique crab stand on the south edge of town (that was attached to a large building in a stand of trees) had caught fire. No one was hurt. But the building was full of large propane tanks and they started to explode.

So in Lincoln City, the southbound traffic quickly backed up through all eight miles of our city. From one end to the other was a giant traffic jam of cars inching forward on Highway 101.

I was parked at a restaurant in the center of town when all the emergency stuff happened and I had to get to one bank, then to the WMG Publishing office, then to a bank within a half mile of the fire on the south side of town. It took me exactly six extra minutes to do the errands than it would have taken me without the traffic jam.

Here is how I did it.

I ducked out of the restaurant parking lot, got across the highway between two parked cars, and onto a back street which lead me up to the first bank I needed to go to.

So I went back across traffic again between a parked RV and a guy in a big SUV and got on back streets on the east side of town.

Those back streets came out right at the second bank I needed to go to and I parked on the east side and walked across the highway through the stopped traffic to get to the second bank, then back to my car and was home three minutes later.

But I bet almost every person in those cars parked on that highway had maps or GPS and could have taken other streets. A bunch of them could see me speeding past on a side street just one block over.

But instead they sat there because it was the highway and that was what they were supposed to do.

Any of those people could have tuned in a local radio station, discovered what was happening, how long it was expected to be jammed up, got off the highway and had lunch or gone to the beach and walked for an hour or so.

But they stayed parked on that highway, getting more and more frustrated.

They stayed on the highway because that was what they had planned and were supposed to do.

As I was driving along the back streets running parallel to the highway, passing a good thousand cars, it suddenly dawned on me that if I looked at that highway as traditional publishing, I was going indie by simply finding my own way on other perfectly good and not-blocked streets.

The same streets anyone on that highway could have simply turned off and gone on.

If I had left that restaurant to do those errands and stayed on that highway, the errands would have taken me close to three hours to go the four miles I needed to travel. As it was, the errands took me thirty minutes. And I covered the EXACT SAME DISTANCE.

Traditional publishing is that blocked highway.

Writers sitting there, waiting for something to inch forward. Waiting for someone to tell them what to think and where to stand and how to move. And no matter how much indie writers shout that there are side roads, better roads, roads open and welcoming, those traditional writers are determined to stay parked on that highway.

Indie publishing is the back streets, the roads with very few cars, the streets that are far more scenic than that highway.

The back streets were almost empty today, yet they got me to the exact same place as all those cars were waiting to go to.

So I thought that blocked highway with people sitting in cars on a highway (because that was what they were supposed to do) was a great metaphor for traditional publishing.

And I thought me zipping around them in my little van, getting things done, was a great metaphor for indie publishing.