We Lost Another Great One in the Book Field…

David Willoughby lost his battle with cancer. Now I did not know David that well at all. But I loved to see him coming toward me at a convention or a signing table. He was always cheerful and sometimes knew more about my books than I did.

Actually most of the time.

And this went on for decades.

When he kept digging those books out of one of his bags for me to sign, it was always a joy. And he always felt bad that he had so many. I laughed at that and usually said it was because I wrote so many.

One of my best friends in the entire world was Bill Trojan who died eight years ago at a convention. Bill was a major book dealer and collector, just as David was. So tonight, the old world of book collecting just got a lot, lot smaller and is a very sad place for writers and other book dealers and collectors.

I can’t imagine going to a convention and not seeing David coming toward me with a bag of books over his shoulder and a smile on his face.

No need to wish me well, but instead donate in his name to a cancer fund. As I said, I didn’t know him that well. But he was an institution in the collecting world and to me one of the kindest men I ever signed a book for. 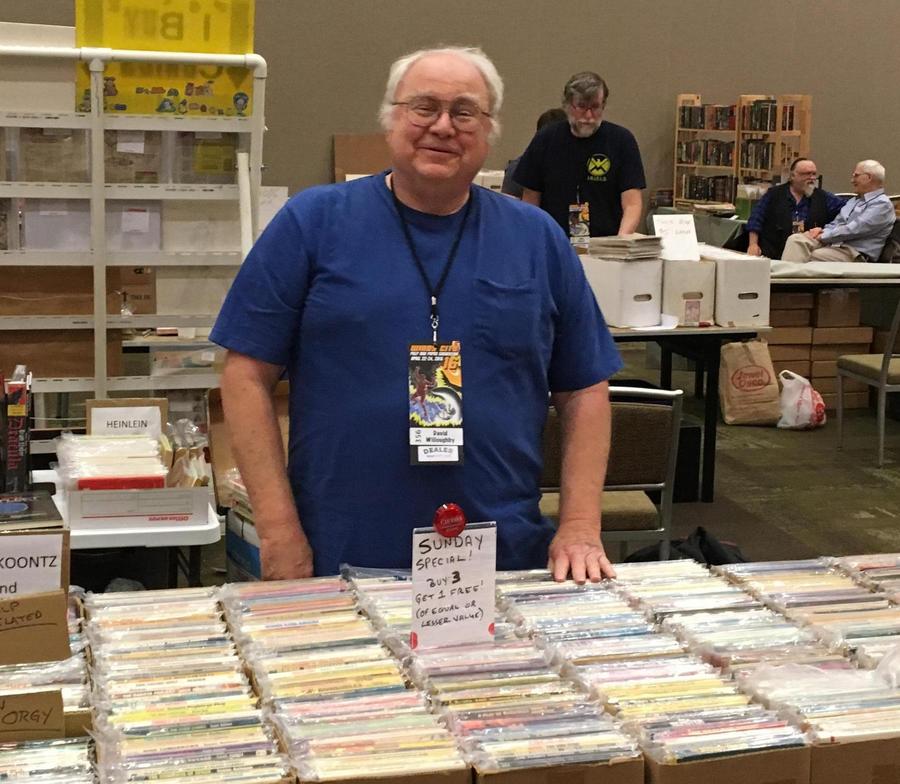